The shirt features unique match details below the team crest, printed specially for this final match. This is the first time that an Israeli club has had match details printed on a match shirt, making this shirt extremely rare. In quite amateur fashion, the name of the stadium was misspelled on the match details, and as there was not enough time to make new shirts with the correct spelling before the match, yellow stickers with the correct spelling were placed over the misspelled stadium name. 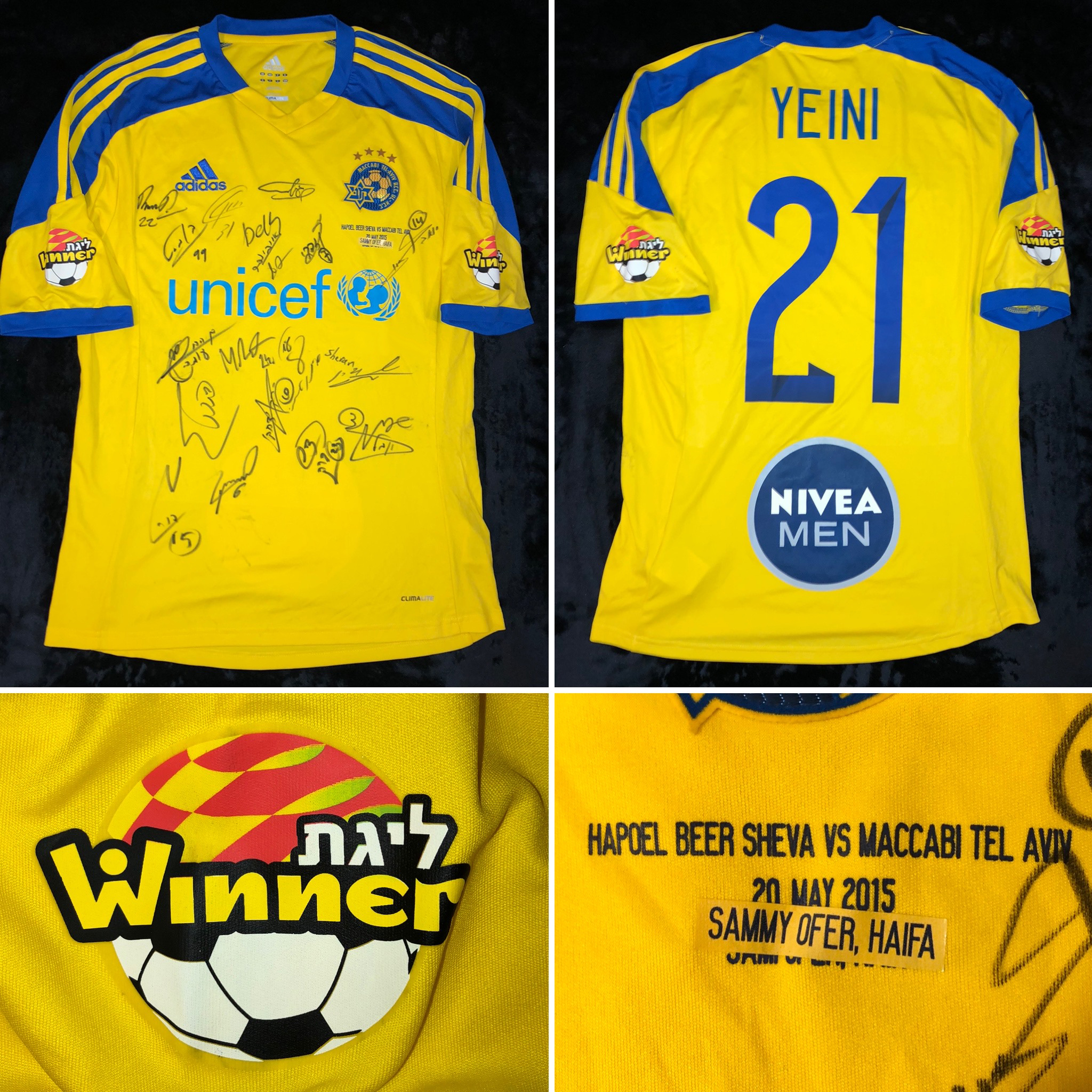