Having joined Wolfsberger on a free transfer from hometown club Maccabi Haifa at the beginning of the season, Weissman had an incredibly successful season, scoring an incredible 37 goals and providing 8 assists in 40 matches in all competitions in 2019/20, as Wolfsberger finished the season in an impressive 3rd place in the league.

His 30 goals in 31 Bundesliga matches earned him the Austrian Bundesliga's top scorer award for the season. Quite incredibly, this was the 3rd season in a row that an Israeli striker won the top scorer award in the Austrian Bundesliga, following Munas Dabbur in both 2017/18 and 2018/19 season. His achievements did not go unnoticed, as the following season Weissman signed for La Liga club Real Valladolid for a club record €4 million.

This shirt, produced by Jako, is notable for having an obscene amount of commercial sponsors - not uncommon in the Austrian league. 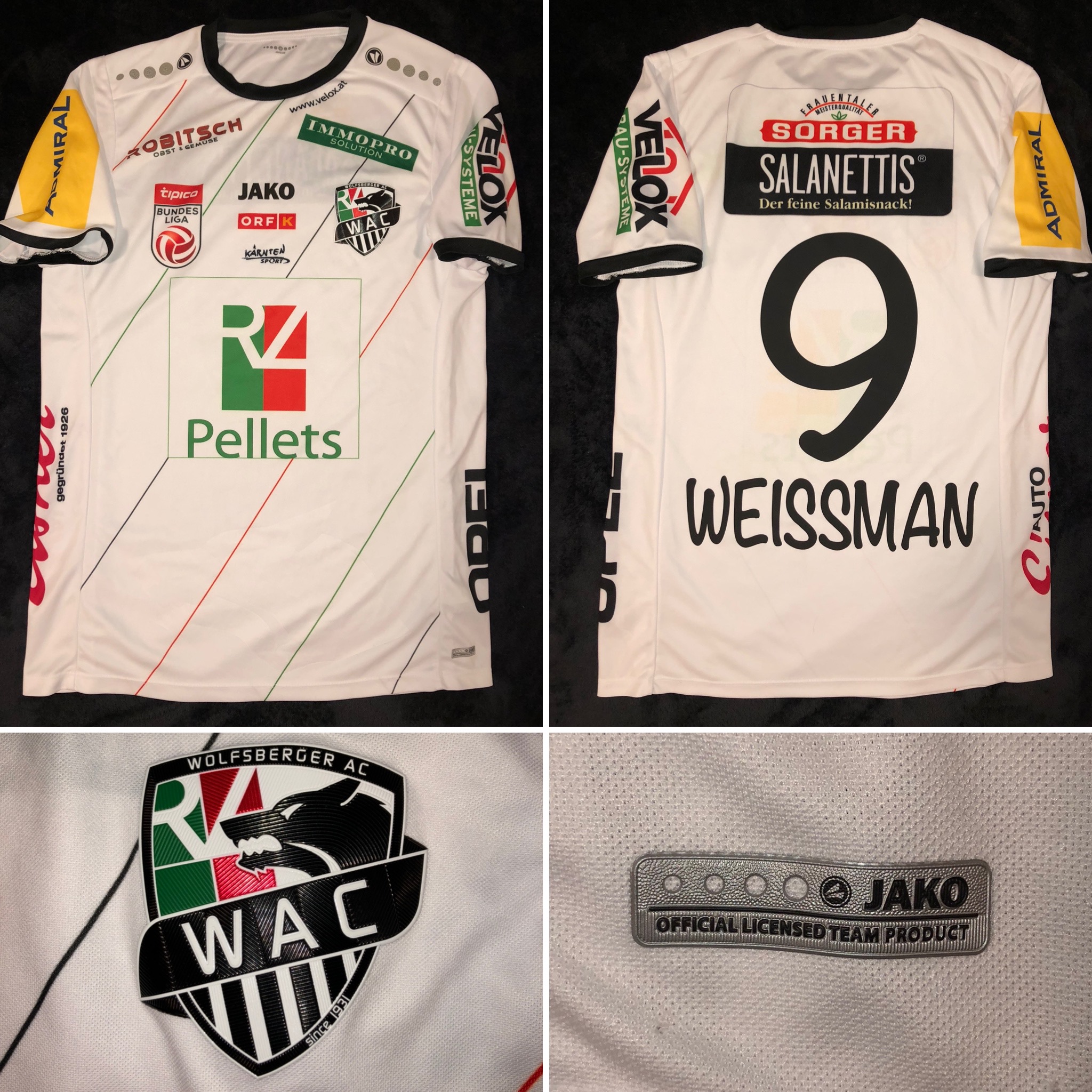