March 27, 2021
Match worn Ingolstadt 2018/19 home shirt, worn by Israeli midfielder Almog Cohen #8 in a 2. Bundesliga match against SV Sandhausen away at the BWT-Stadion am Hardtwald on October 19, 2018. Cohen was substituted on in the 79th minute as Ingolstadt suffered a 4-0 away loss. It was Cohen's first match of the season, returning after a serious injury that kept him out for several months.

This was Cohen's 6th and final season with Ingolstadt, having joined the club in 2013. He made a total of 22 appearances (all in the league), scoring one goal vs. Arminia Bielefeld at home. Unfortunately, this season ultimately ended as heartbreak, as Ingolstadt were relegated to the 3rd division, where they still play to this day. Cohen was the captain for most of the season, with regular club captain Marvin Matip not playing for the majority of the season.

Cohen would return back to his hometown club Maccabi Netanya at the end of the season, having made a total of 135 appearances in all competitions for the club in 6 seasons, scoring 12 goals. Of those, 51 appearances and 7 goals were in the Bundesliga.

The shirt is also signed by Cohen. 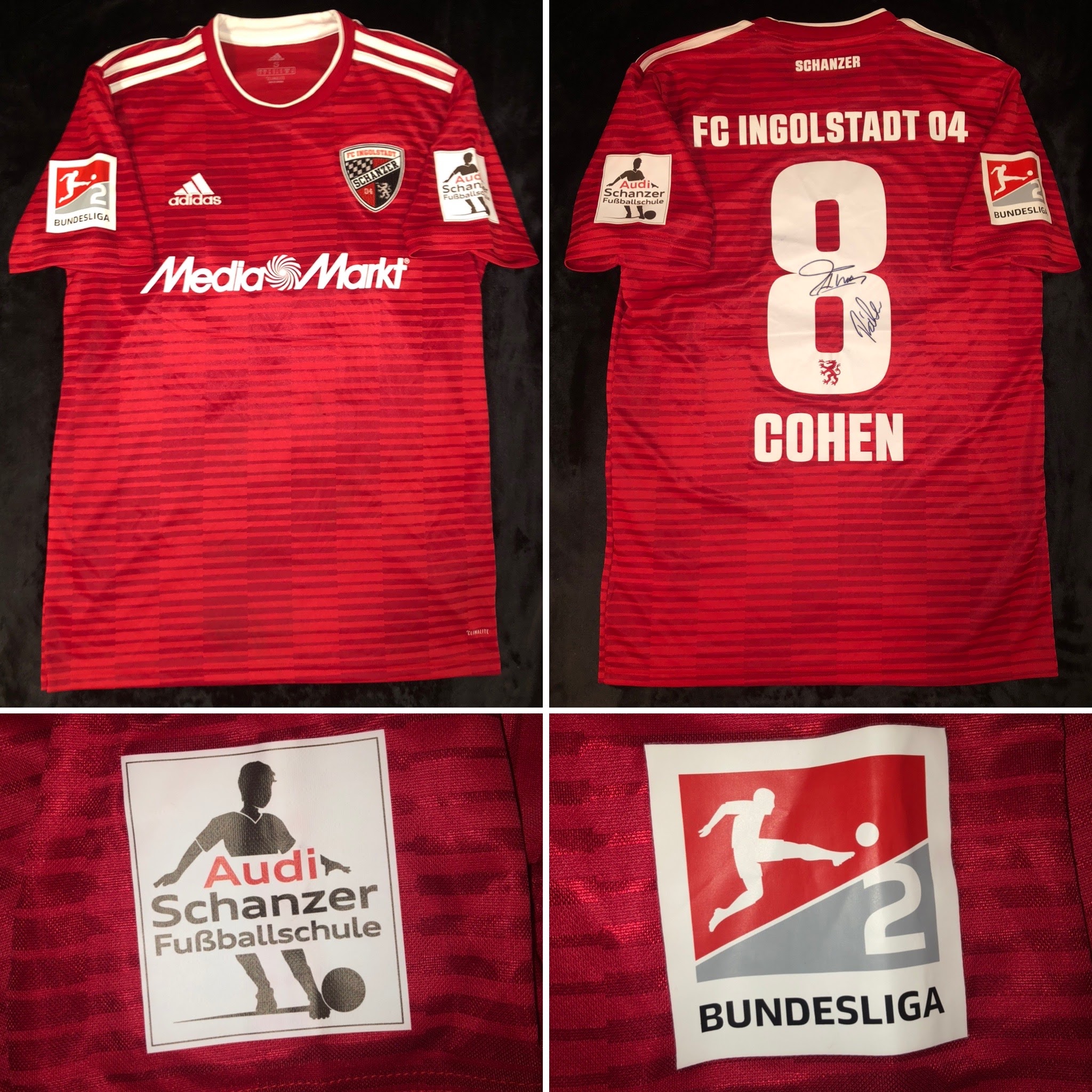