February 11, 2021
Match worn/issued Maccabi Haifa 2009/10 home shirt, issued to /worn by Portuguese center back Jorge Teixeira #5 in the Champions League group stage match against Juventus away on October 21, 2009 at the Stadio Olimpico Grande Torino in Turin. Texeira played the full match as Juventus ran out 1-0 winners.

This was the second and last time that my beloved Maccabi played in the Champions League group stage, having been the first Israeli team to ever do so when they qualified in the 2002/03 season. Interestingly, this green home shirt was worn in all 6 group stage matches, with the away kit having never been used.

Teixeira was a key member of the Maccabi defense that only conceded 16 goals in 35 league matches that season, a record which stood until the 2019/20 season. In the Europe, he played in 5 of the 6 qualification matches (only missing the playoff match vs. RB Salzburg away), and in 5 of the 6 group stage matches (only missing vs. Bayern Munich away), playing the full 90 minutes in those 10 matches.

22-year old Texeira joined Maccabi Haifa in June 2009 from Cypriot side AEP Paphos, going on to play for the club only one season in 2009/10, making a total of 42 appearances in all competitions and scoring one goal. Unfortunately, it would end in bitter disappointment as Maccabi finished in 2nd place, losing the league title on goal difference only on the last match of the season (he scored his only goal for Maccabi in that match). He would then go on to sign for Swiss side FC Zurich in summer 2010. 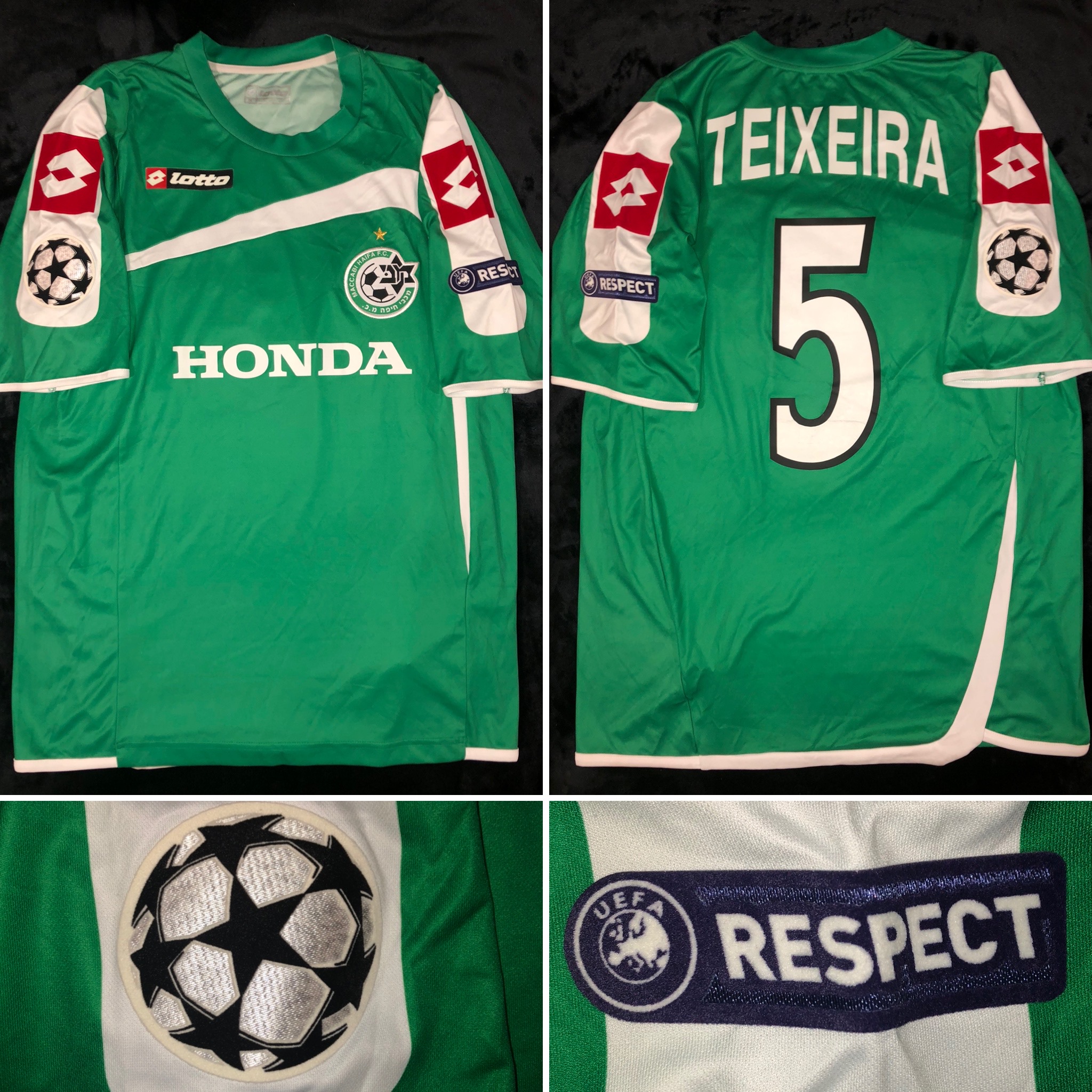