In this season, Maccabi Haifa won the Israeli championship for the 7th time and 2nd year in a row, going on to win it 3 more times over the next 4 seasons as well. Unfortunately, I wasn't able to identify who #27 was, as the shirt most likely belonged to a player from the youth team.

The shirts used in this season are actually same as those used in the preceding 2000/01 season, with the only difference being the size of the number and sponsor (www.nana.co.il) on the back of the shirt. This version was used until the end of February 2002, when the front sponsor was changed from Volvo to Honda, and Honda logos were also added on both sleeves (as can be seen here). 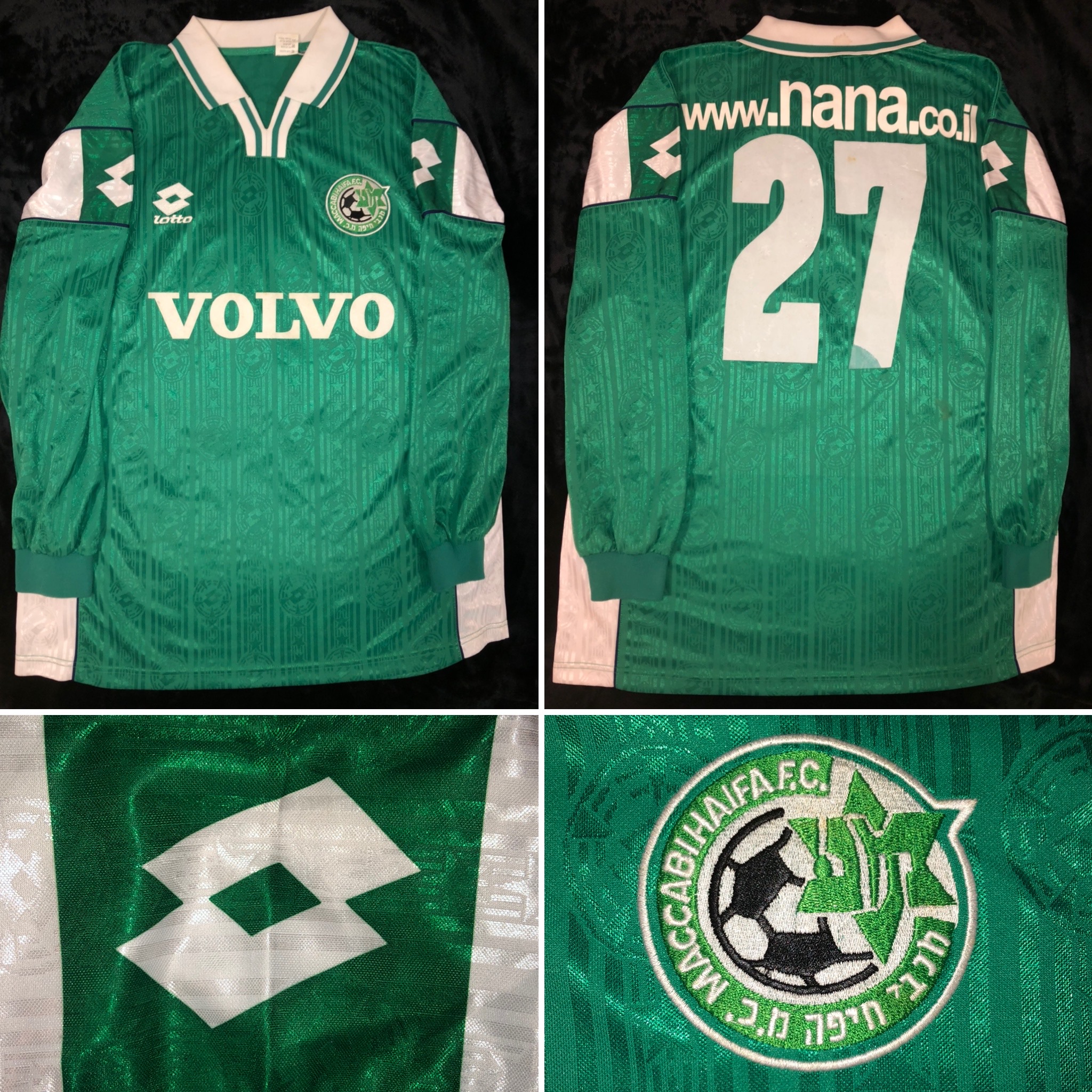