February 25, 2021
Match worn/issued Hapoel Haifa 1999/00 home shirt, issued to or worn by Israeli center back Amir Shelach #24 in the UEFA Cup 2nd Round matches vs. Ajax Amsterdam. Shelach played the full match in both matches, with Hapoel Haifa losing 3-0 at home in the first leg on October 21, 1999 and impressively winning 1-0 away in the second leg on November 4, 1999.

This was Hapoel Haifa's first ever participation in European football (other than the Intertoto Cup), following their first and only league win in the preceding 1998/99 season. Despite being new to the European scene, they endured quite an impressive European campaign:

They would not make another appearance in Europe (excluding Intertoto Cup) until the 2018/19 season.

29-year old Shelach joined Hapoel Haifa from Beitar Jerusalem in 1999, playing only one season with the club, making a total of 35 appearances in all competitions - 27 in the league and 8 in Europe - before re-joining his boyhood club Maccabi Tel Aviv in 2000.

He was a key player for Hapoel in this European campaign, as he was one of 5 players to play every single minute in all 8 of the European matches played this season (along with Aouate, Amsalem, Halfon and Rosso). He is also one of the most capped players in the history of the Israel national team, making 85 appearances between 1992 and 2001. 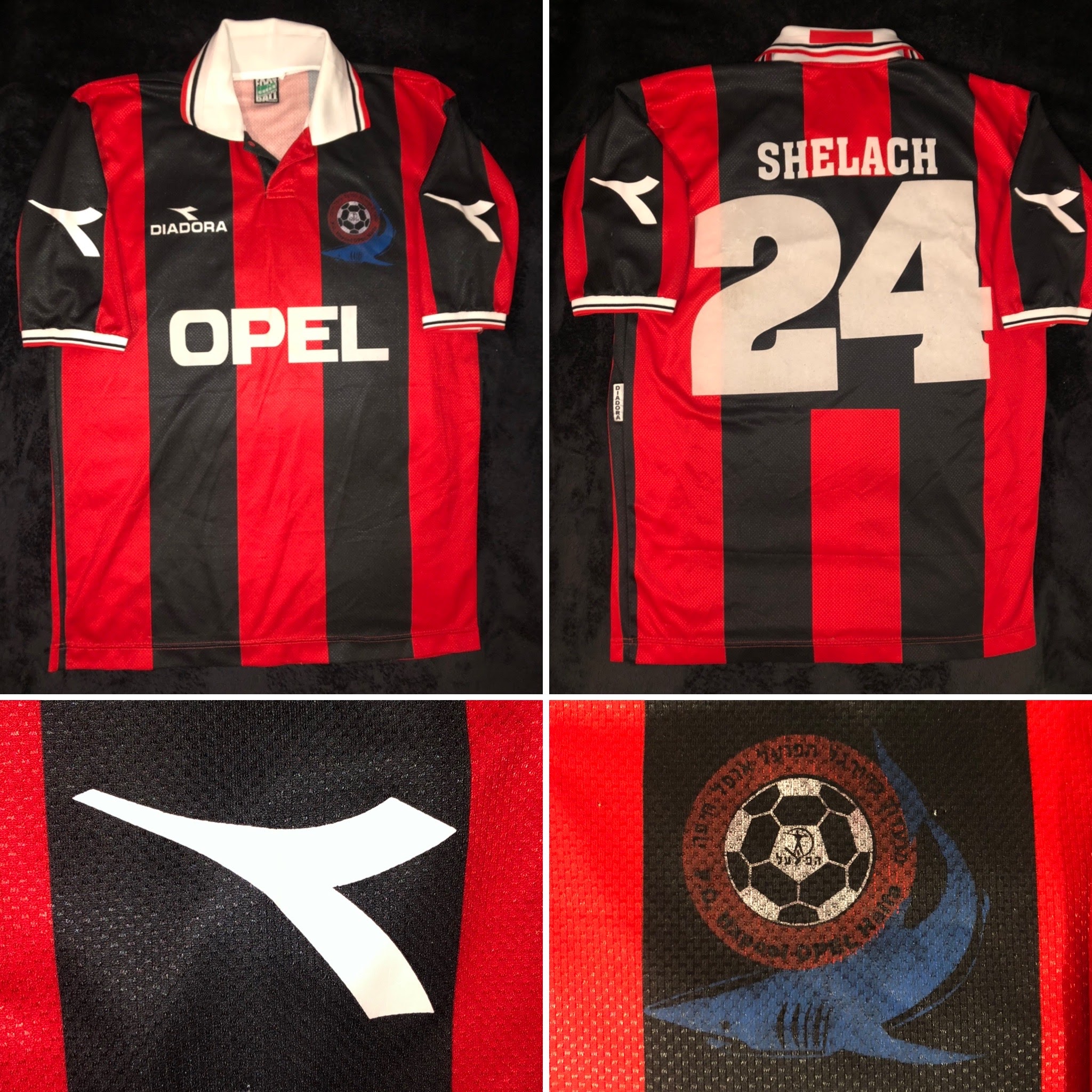