February 09, 2021
Match issued Galatasaray 2002/03 away shirt, issued to Haim Revivo #10 during his short spell with the club in 2003. This beautiful gold kit with red stripe was used in two matches during Revivo's spell at the club, against Malatyaspor at home (23/02/03) and Elazigspor at home (23/03/03), however, Revivo played in long sleeve shirts in both matches.

Revivo joined Galatasaray in early 2003 during the 2002/03 season from hated city rivals Fenerbahce, where he was dearly loved after helping them win the league in 2000/01 and being named the league's best player that season. In the following season, 2001/02, he became the first Israeli to ever play in the Champions League group stages, even scoring a goal against Bayer Leverkusen.

While his spell at Galatasaray started brilliantly with an amazing hat-trick in a 4-0 away win against Bursaspor, that would be the highlight of his time there, as he did not score in any of the other 13 matches he played that season, and returned to Israel at the end of the season, retiring shortly thereafter. 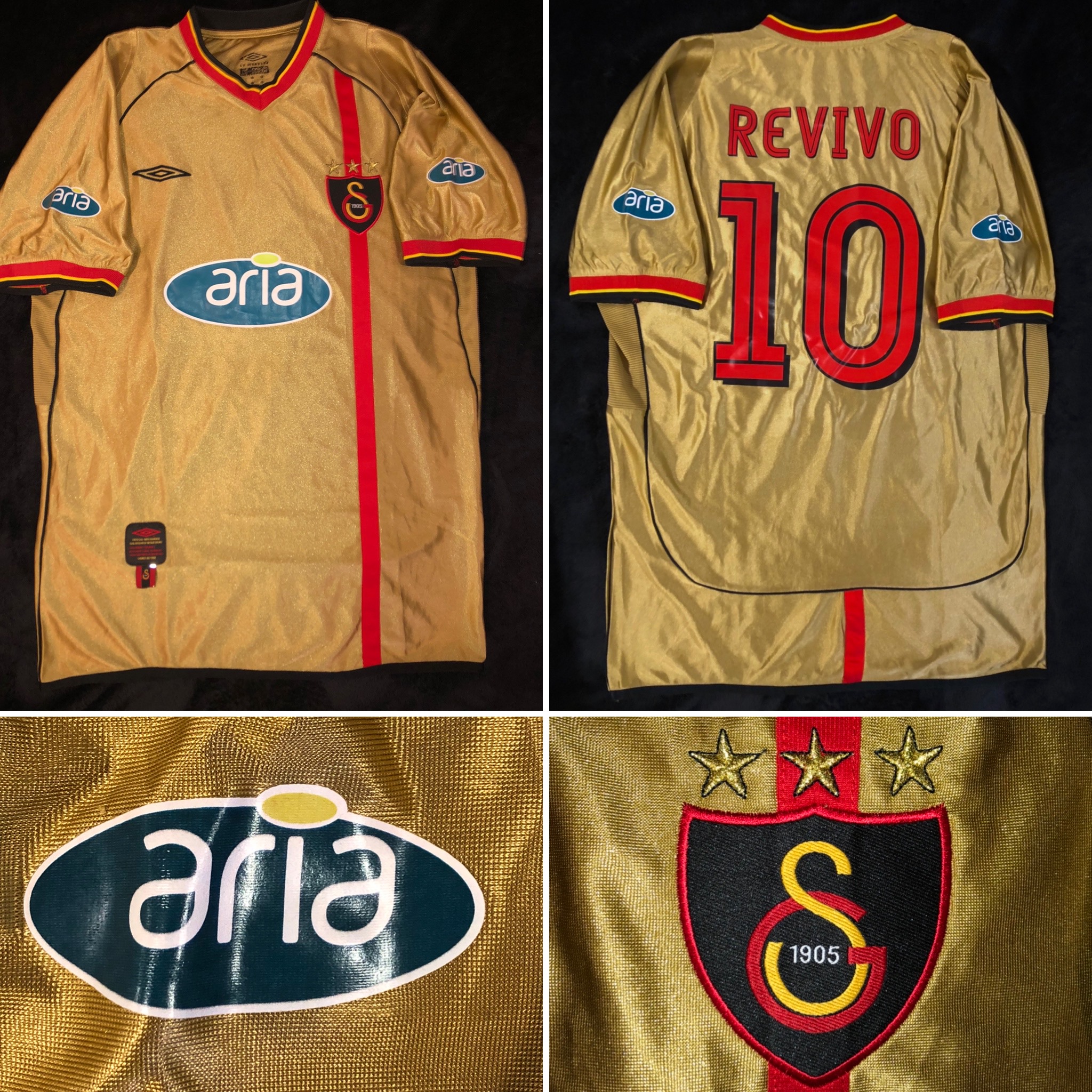