February 10, 2021
Match worn Everton 2001/02 long sleeve home shirt, worn by Israeli midfielder Idan Tal #14 in a Worthington Cup (League Cup) 2nd Round match against Crystal Palace at home in Goodison Park on September 12, 2001. Tal started the match and played the full 120 minutes as the match went to extra-time, ending in a 1-1 draw. He went on to score Everton's 4th penalty in the shootout, but Everton lost 5-4 and were eliminated early in the competition.

Having joined in October 2000 at the age of 25 from Maccabi Petah Tikva, Tal was a back-up player at Everton and made only 7 Premier League appearances in the first half of the season (1 start, 6 substitute appearances), as Everton finished in a poor 15th place in the league. He would then leave to join Spanish side Rayo Vallecano in the summer of 2002, but would end up playing one more season in the Premier League, with Bolton Wanderers in 2006/07. 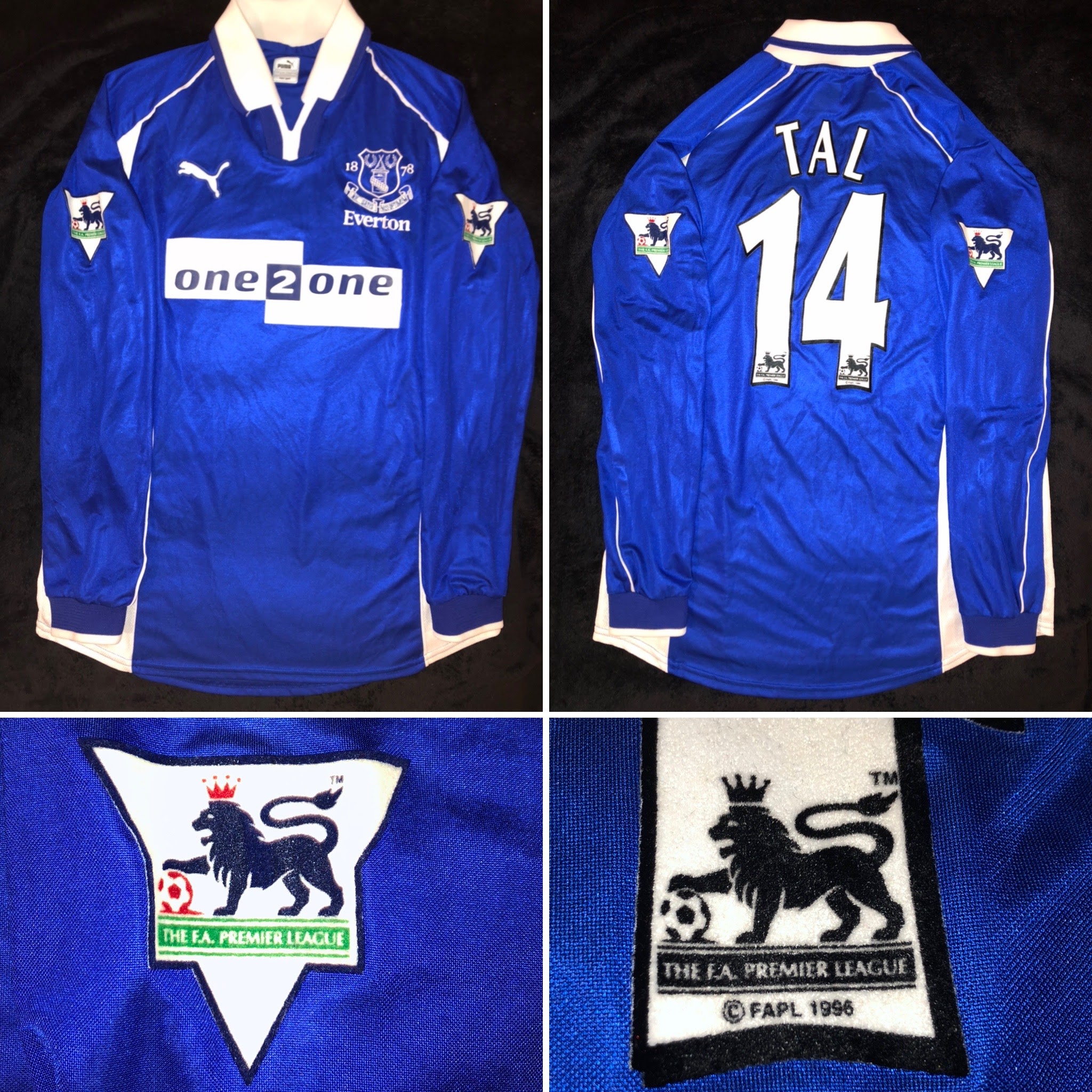