25-year old Ben Haim joined Chelsea on a free transfer in June 2007 from Bolton Wanderers, where he spent three successful seasons as a first-choice center back. He played regularly in the beginning of the season while the clubs two main center backs, John Terry and Ricardo Carvalho, were injured. However, manager Jose Mourinho was sacked early in the season and replaced with fellow Israeli Avram Grant, with whom Ben Haim did not get along.

After falling out with Grant and being fined by the club, Ben Haim last played for Chelsea in February 2008, and was not selected for any matches as the club made the 2008 Champions League final. In total, he made 22 appearances for Chelsea in all competitions, of which 13 were in the Premier League.

In July 2008, he signed for Manchester City for approx. £5 million. He would later go on to also play for Sunderland, Portsmouth, West Ham and Queens Park Rangers in the Premier League, amassing a total of 148 Premier League appearances, scoring 1 goal for Bolton, as well as in the Championship for Portsmouth and Charlton Athletic. He also has 96 caps and 1 goal for the Israeli national team between 2002 and 2017, being the country`s second most capped player, behind only Yossi Benayoun (102).

As of the writing of this post in 2021, the 38-year old is still playing professionally for Beitar Jerusalem in the Israeli Premier League.

The shirt design is actually the same as in the preceding 2006/07 season, but the Premier League name and number design has slightly changed for the 2007/08 season. Interestingly, Ben Haim's preferred shirt number, 26, with which he played most of his career, belonged to club captain and legend John Terry, so he chose number 22. 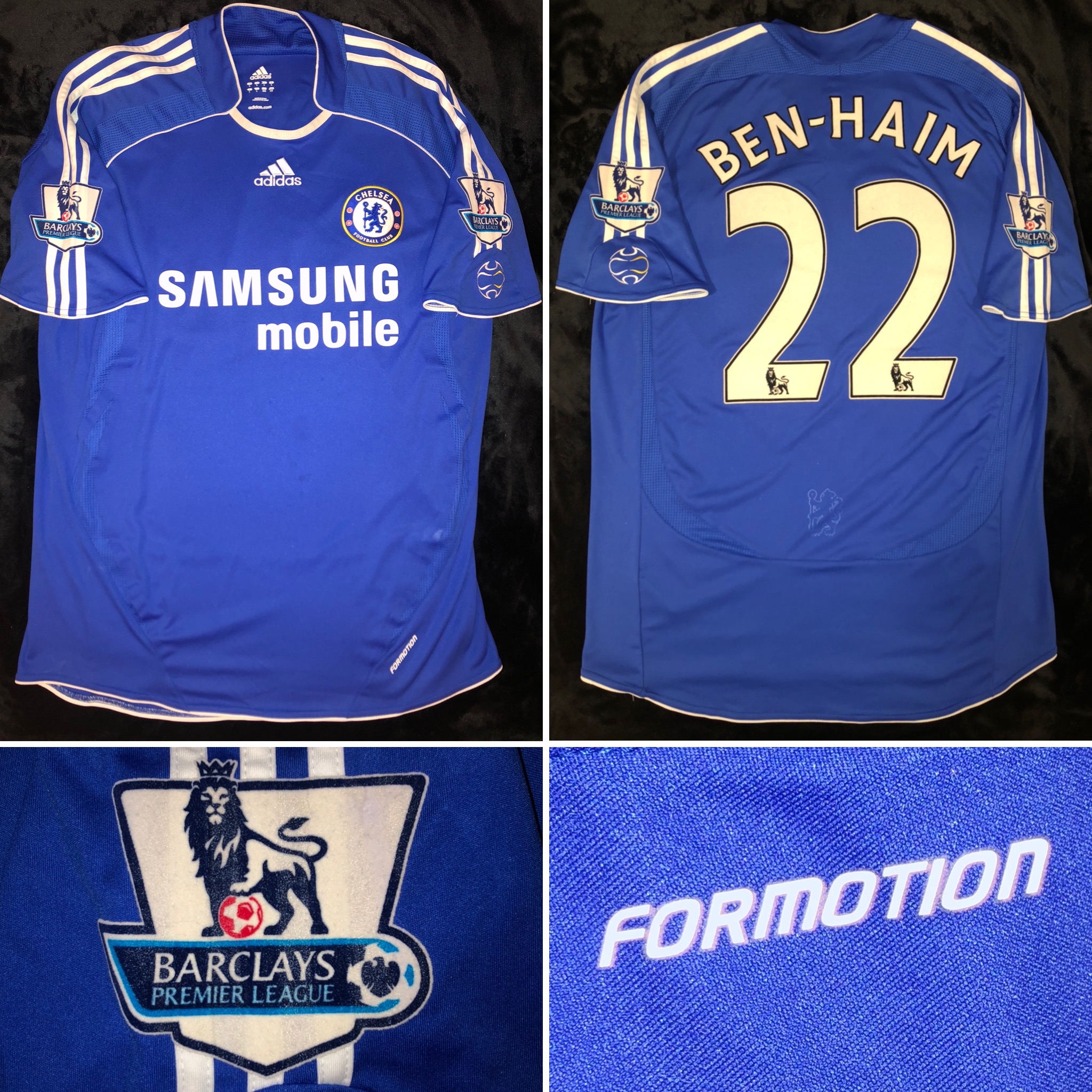