January 21, 2021
Match worn Maccabi Haifa 2002/03 home shirt, worn by Israeli left back Adoram Keise #6 against Manchester United away at Old Trafford on September 18, 2002. This was an historic match as it was the first ever match of an Israeli team in the Champions League group stage. Keise played the full match as Maccabi Haifa lost 5-2, having initially led 1-0 through a Yaniv Katan goal early in the match.

Keise was an undisputed starter and one of the most important players in the team, playing every single minute of the campaign, including the 4 qualification matches vs. Belshina Bobruisk and Sturm Graz, as well as the two subsequent matches in the UEFA Cup 3rd Round vs. AEK Athens. In the second leg of the final qualification match vs. Sturm Graz away, he scored in the 78th minute the goal that made the score 3-2 to Sturm Graz but 4-3 to Maccabi on aggregate (Maccabi led 2-0 from the first leg), effectively securing the historic qualification to the Champions League group stage for the first time in Israeli history. This goal is one of the famous goals in the history of Maccabi Haifa. Another very famous goal that he scored is in the 3-2 home win against french giants PSG in the UEFA Cup Winners Cup in 1998.

24-year old Keise joined Maccabi Haifa in 1996 from Hapoel Petach Tikva. He had a very successful 10-season spell with Maccabi Haifa between 1996 and 2007, winning the Israeli league championship 4 times, one Israeli State Cup and three Israeli League Cups, as well as many successes in European competitions, before retiring in 2007 at the age of 35. In total, he made 402 appearances for Maccabi in all competitions, scoring 28 goals (of them 286 and 23 in the league, respectively). He also has 54 caps and 4 goals for the Israeli national team.

An interesting fact is that Keise holds the record for most competitive appearances made by an Israeli player over the course of a single season, a total of 67 matches during this 2002/03 season: 32 in the league, 12 in Europe, 4 in the State Cup, 9 in the League Cup, and 10 for the national team.

This shirt is very special to me as this historic Maccabi Haifa Champions League campaign represented the first time ever an Israeli team made it through to the group stage of the competition, and from the famous match at Old Trafford. To this date, it remains the most successful campaign by an Israeli team in the competition, as they finished in a respectable 3rd place with 6 points, nearly 2nd second place, and included a memorable and shocking 3-0 win against Manchester United at "home" in Nicosia. 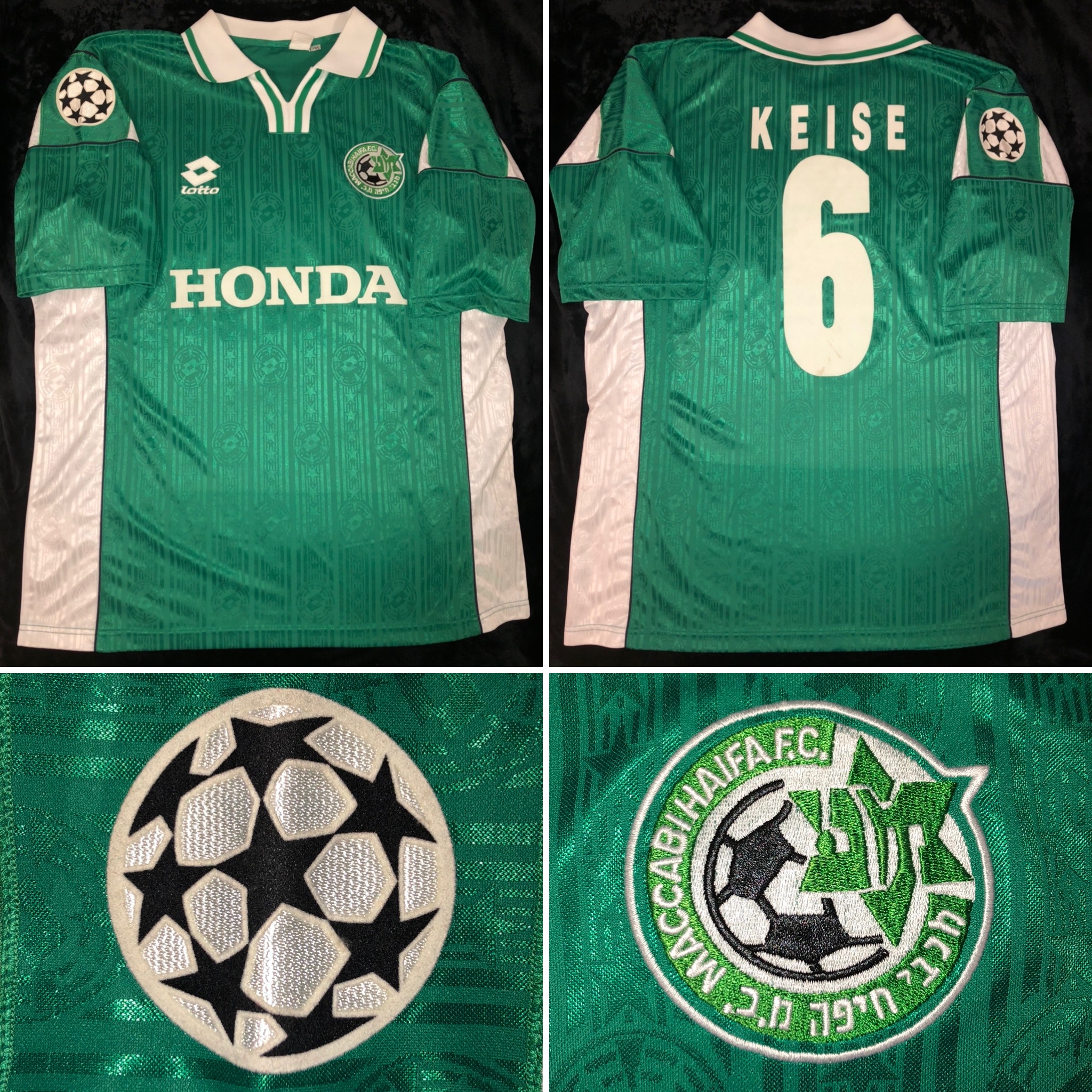