January 20, 2021
Match worn/issued Israel 2008 home shirt, issued to or worn by left back Dedi Ben Dayan #19 in the friendly match against Romania on February 6, 2008 at the Ramat Gan national stadium in Ramat Gan. Ben Dayan played the full match as Israel won 1-0 thanks to an Omer Golan goal from a corner in the 24th minute.

Ben Dayan, who played for many Israeli clubs during his 20-year career from 1997 to 2017, made a total of 28 appearances for the Israeli national team between 2000 and 2012, scoring one goal vs. Moldova in World Cup 2010 qualification. This match against Romania was his 13th cap.

This shirt is unique as it was only used in this single match. This kit was meant to be the new Israel shirt for the upcoming 2008-2010 period, but for unknown reasons, in mid-2008, the Israeli Football Association ended its contract with Puma and switched to Adidas. After 12 years with Adidas, in 2020 they switched back to Puma once again, who are the national team kit provider now. 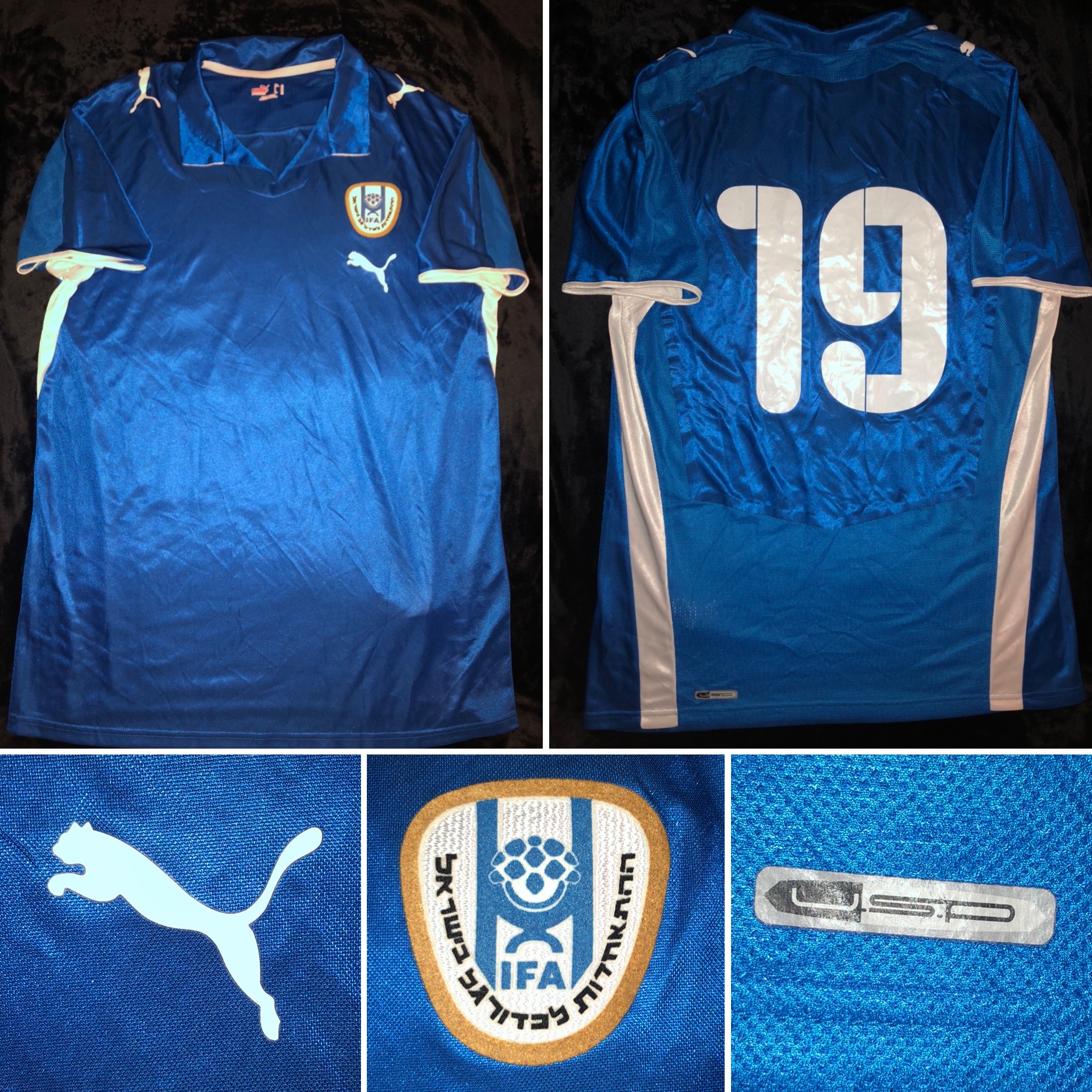 Below are the highlights of the game: