January 25, 2021
Match worn Everton 2000/01 long sleeve home shirt, worn by Israeli midfielder Idan Tal #33 in a Premier League match against Manchester United away at Old Trafford on February 3, 2001. Tal started the match and played 84 minutes before being substituted, as Everton lost the match 1-0.

Having joined in October 2000 at the age of 25 from Maccabi Petah Tikva, Tal was a squad player at Everton and made a total of 24 appearances in all competitions this season (12 starts, 12 substitute appearances), contributing with 2 Premier League goals (vs. Middlesbrough at home and vs. Sunderland at home on the last match day of the season), as Everton finished in a poor 16th place in the league. 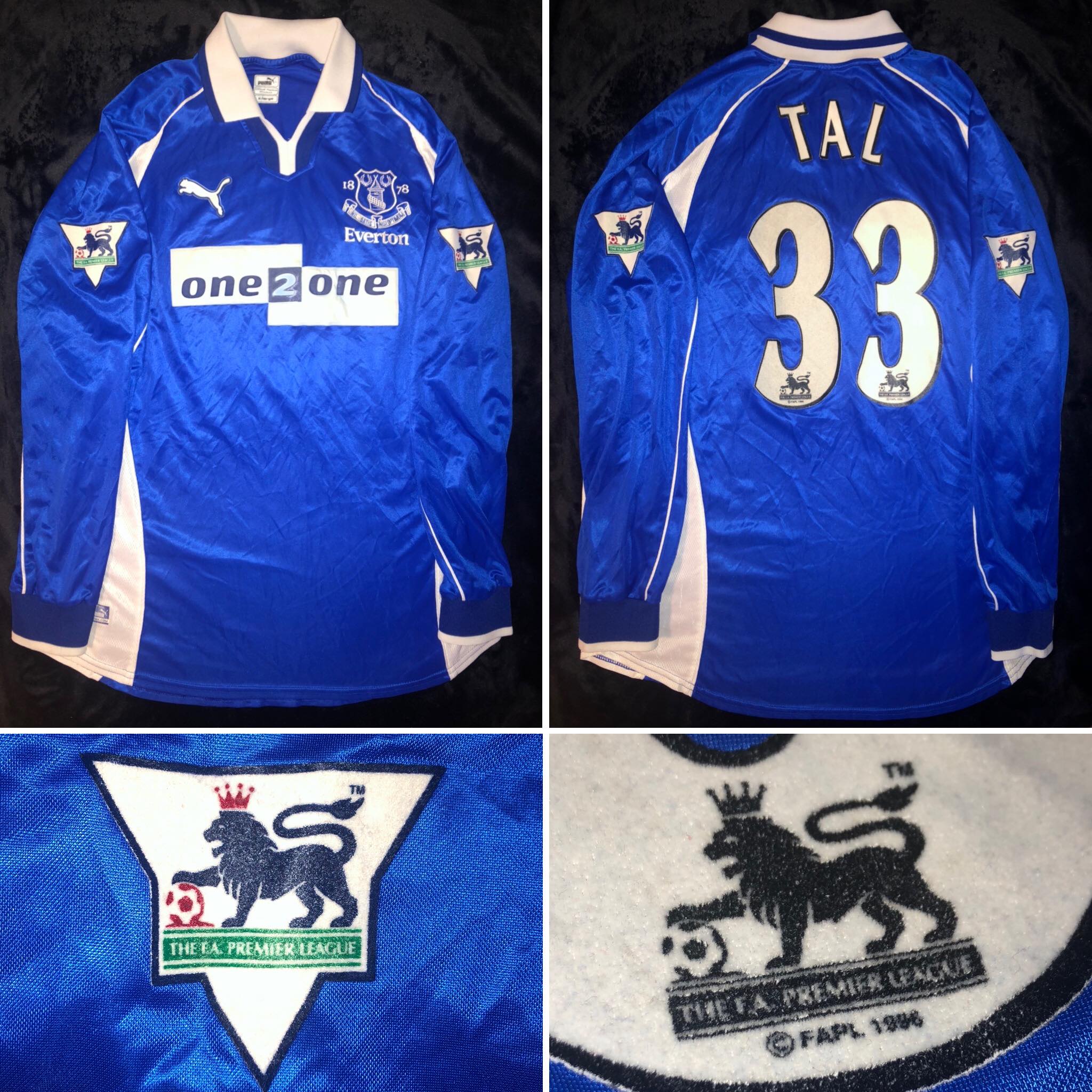