December 18, 2020
Match worn/issued Hoffenheim 2020/21 home shirt, issued to or worn by Arab-Israeli striker Moanes Dabbur #10 in the Europa League group stage match vs. Red Star Belgrade away on December 3, 2020 at the Rajko Mitić Stadium in Belgrade. Dabbur started the match and was substituted at half-time as the match ended in a 0-0 draw, with Hoffenheim advancing to the Round of 32 as group winners as a result.

Dabbur, who joined Hoffenheim halfway through the 2019/20 season in January 2020 following a disappointing half season at Sevilla, is having a great Europa League campaign this season. As of the writing of this post, he scored 4 goals in 5 appearances in the Europa League group stage (4 starts and one short substitute appearance), netting one goal vs. Red Star at home, one goal vs Gent away, and a double vs. Slovan Liberec at home. In the Bundesliga, he scored 2 goals in 9 appearances, notably in a 4-1 win against giants Bayern Munich, bringing his total to 6 goals from 14 appearances so far this season. Altogether, he scored a total of 12 goals in 29 appearances for Hoffenheim in all competitions in one year.

Dabbur is one of the most prolific Israeli players abroad in Europe in recent years, with impressive spells at Grasshoppers (Switzerland) and Red Bull Salzburg (Austria) resulting in numerous individual awards and league titles, as well as a disappointing half season with Spanish giants Sevilla. He also has a total of 7 goals from 26 appearances for the Israeli national team. 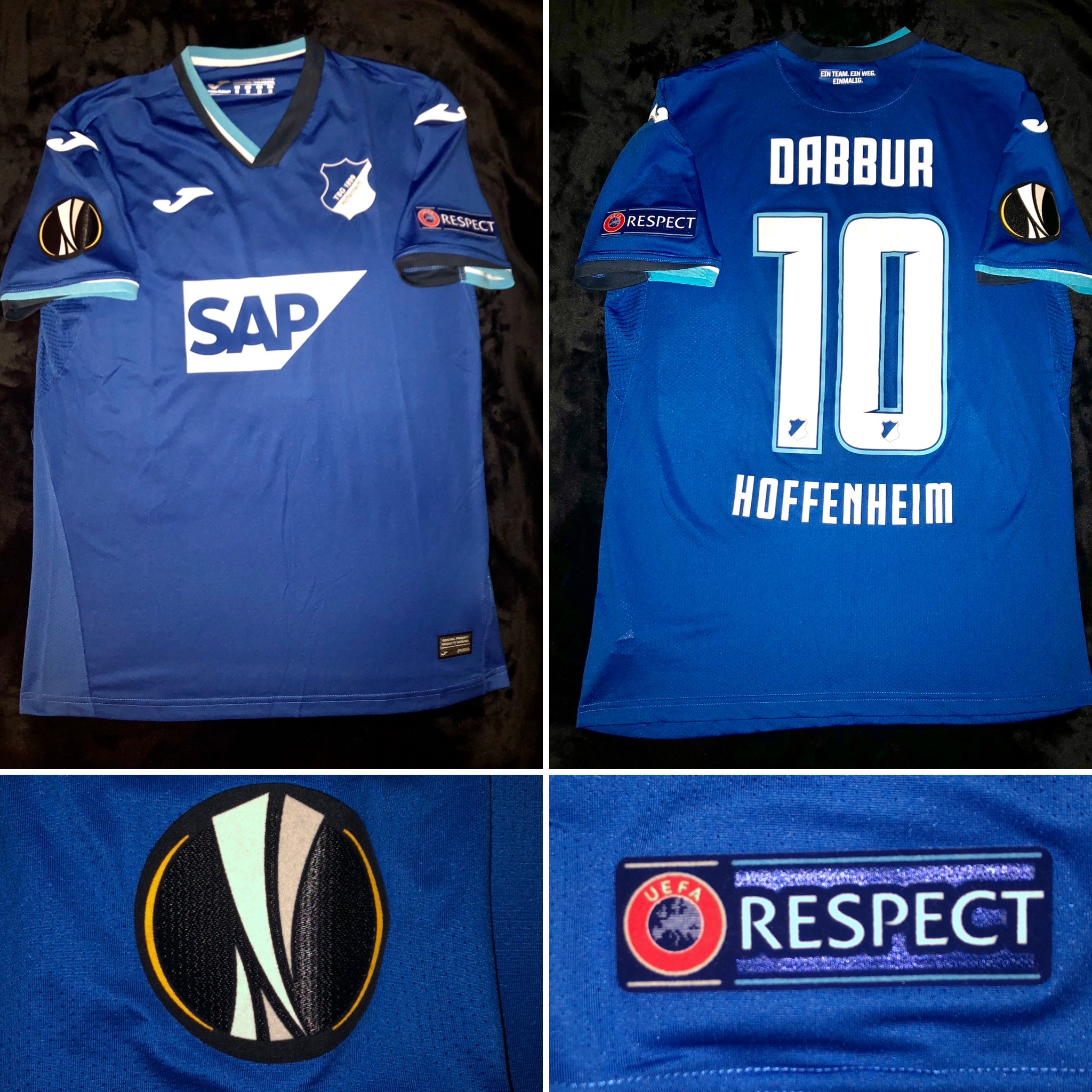