Match worn/issued Maccabi Tel Aviv 2019/20 home shirt, issued to or worn by Israeli defensive midfielder Dan Glazer #6 during the 2019/20 Israeli Premier League season. 23 year-old Glazer had a spectacular season, being voted the league's player of the season, making a total of 43 appearances in all competitions and providing 3 assists, as Maccabi Tel Aviv won the league in comfortable fashion, losing only one league match all season (on the very last match day).

Glazer is a graduate of the Maccabi Tel Aviv youth academy, and after two loan spells at Beitar Tel Aviv Ramla and Maccabi Netanya, he made his breakthrough in the first team during the 2018/19 season, helping Maccabi Tel Aviv win the league, and repeating the feat in 2019/20 while being voted the league's player of the season. As of the writing of this post, Glazer also has 8 appearances for the Israel national team, making his debut in 2018.

The shirt additionally features a fan-inspired sentence, "I never give up". These phrases below the club badge were introduced during the play-offs, which were played behind closed doors due to COVID-19, with different sentences used across the players' shirts. 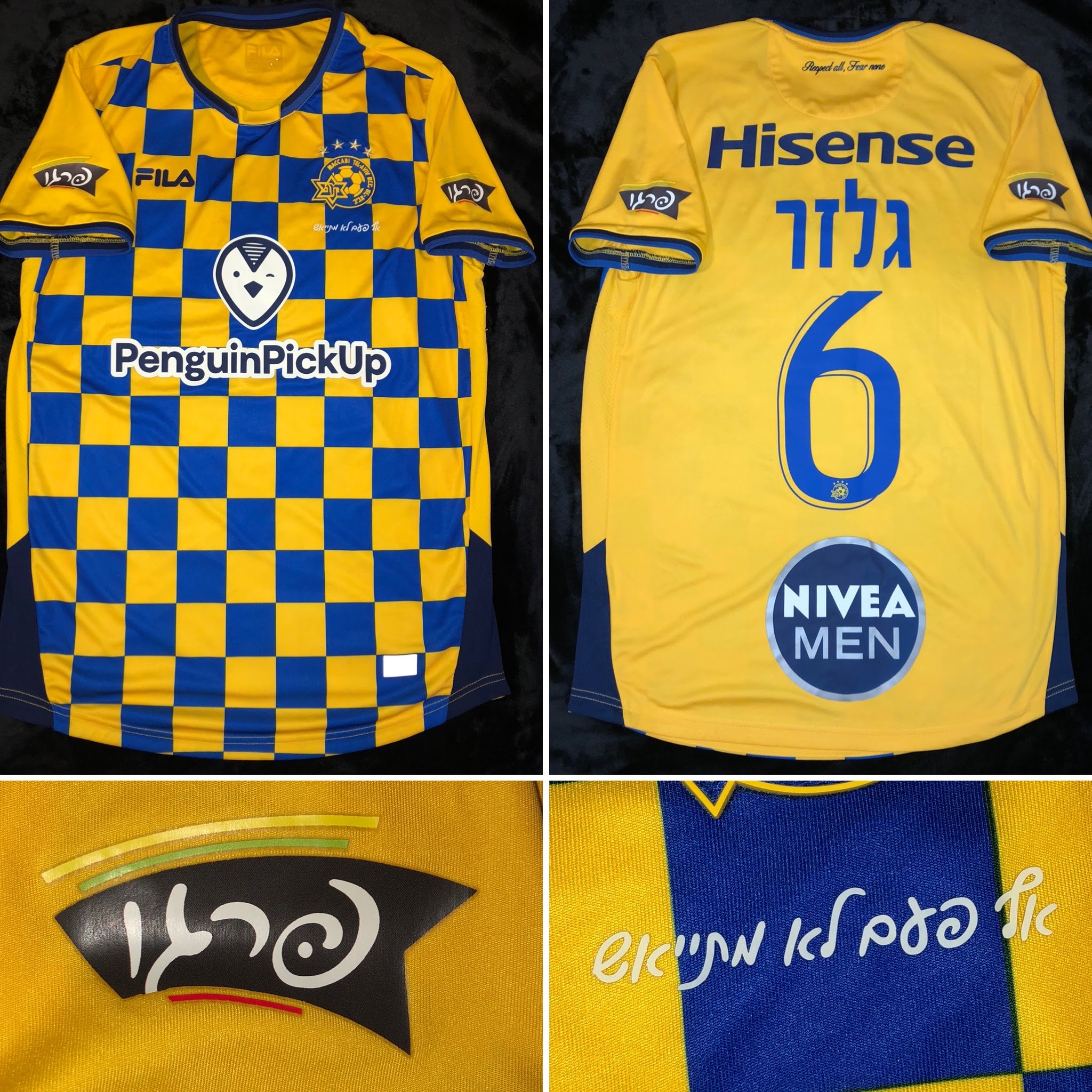