Match worn Maccabi Haifa 2001/02 home shirt, worn by legendary Croatian attacking midfielder Giovanni Rosso in a match against Beitar Jerusalem at the end of the 2001/02 Israeli Premier League season. It was a highly successful season both for the club, winning a 2nd consecutive league title, and for Rosso, who was voted the leagues Player of the Season in his debut season at Maccabi Haifa, scoring 5 goals and providing 10 assists.

Rosso joined Maccabi Haifa in summer 2001 from Beitar Jerusalem, and would go on to become a n favourite at Maccabi Haifa, making a total of 181 appearances in all competition over 5 seasons with the club, scoring 38 goals and providing many assists. He played for the club from 2001 to 2005 and then one last season in 2007/08.

He went on to become a key player in the team and won 3 league championships with the club, including in this season, which was his first at the club. It was one of the best seasons of his career, and he was voted the Player of the Season in Israel. In the following season, he played a key role in Maccabi Haifa's qualifyication to the Champions League - the first Israeli club to ever do so.

What's noteworthy here is that this specific version was only used in the second half of the season, from February to June 2002, as in the first half of the season Volvo was the shirt sponsor (and that version was also used in the preceding 2000/01 season). Strangely, this kit was then also used for a 3rd consecutive season in 2002/03, but only in European matches (and without the Honda logos due to UEFA regulations - example here). 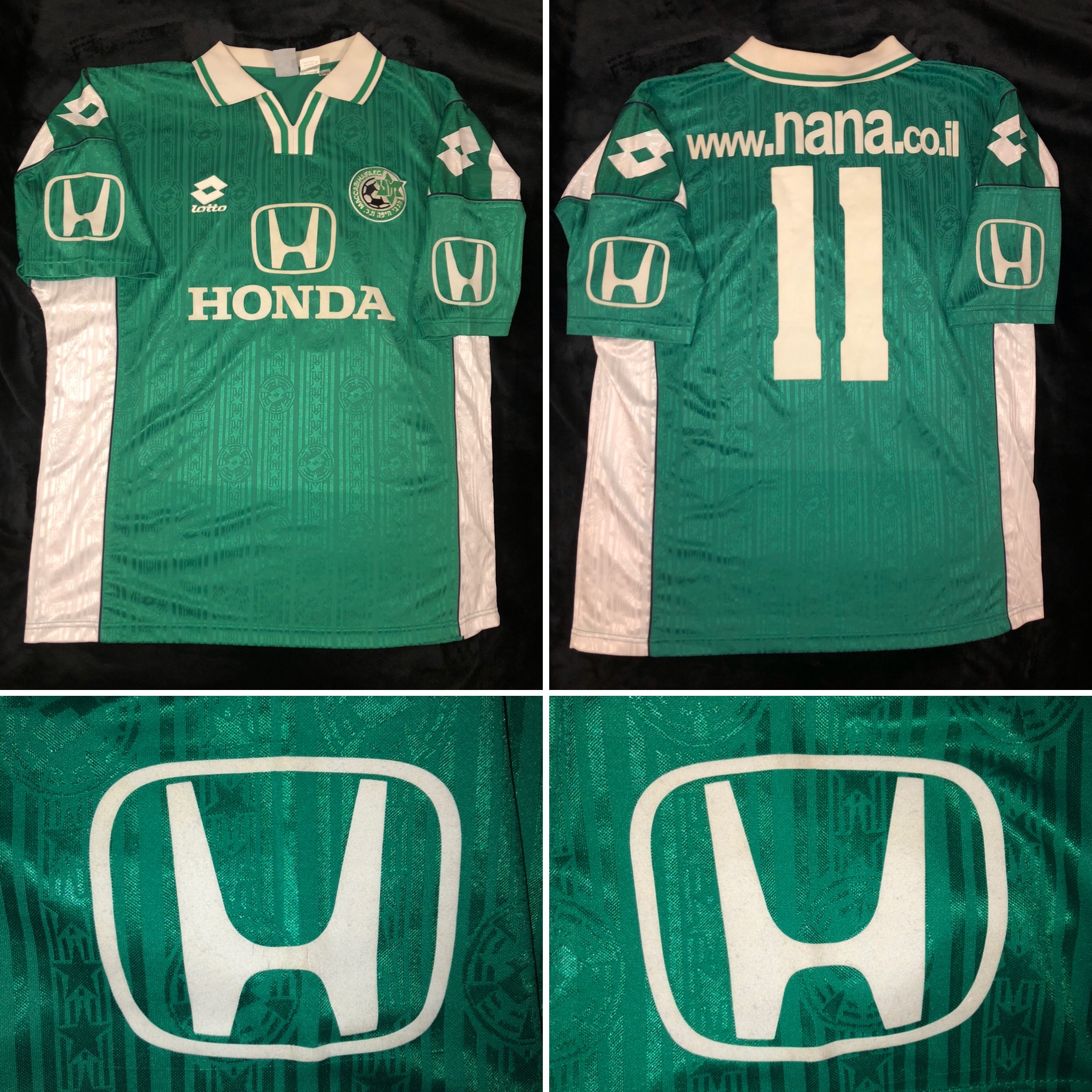