Maman, a center back from the youth team, was called up to the senior team on occasions, making the bench, most notably in 4 matches during Maccabi Haifa's historic run to the Round of 16 in the UEFA Cup (against Partizan Belgrade in the group stage, both Round of 32 matches against CSKA Moscow, and the 2nd leg of the Round of 16 tie against Espanyol away). However, he did not make any senior team appearances, and would only make two appearances for the senior team in the Intertoto Cup in the summer of 2007 before leaving the club.

Interestingly, this white away kit was very rarely used during the season. In fact, the only match I could identify in which it was used was in round 22 of the league against Hapoel Kfar Saba away. Given there was no third kit at this time (only starting from the following 2007/08 season), this means that the green home kit was used almost exclusively throughout the season. 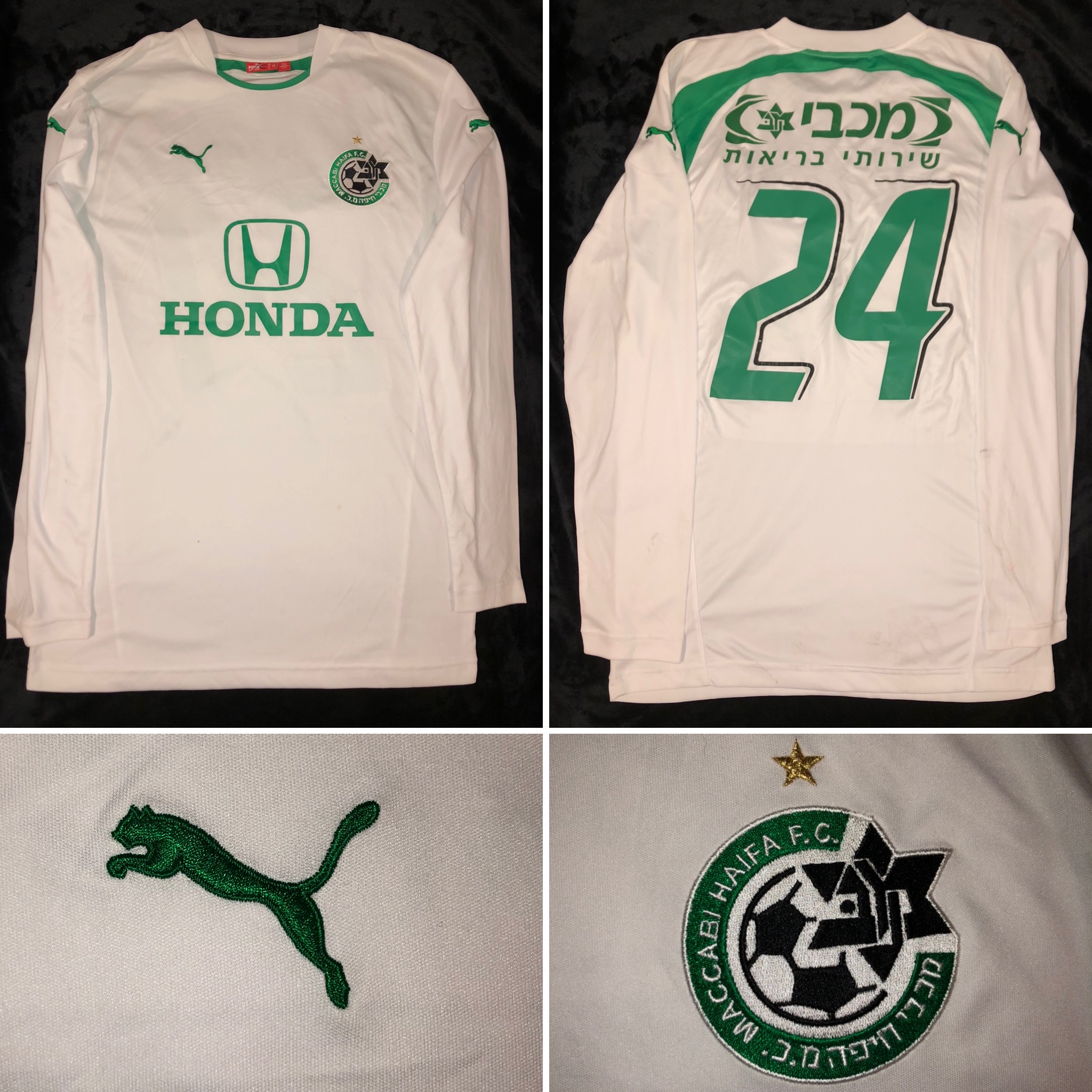 Below is the video of the only league match where the white away kit was used, against Hapoel Kfar Saba away:
Tags: 2006/07 away israeli premier league long sleeve maccabi haifa mor maman