Match worn Maccabi Haifa 2019/20 third shirt, worn by Israeli left back Sun Mencahem #12 in an Israeli Premier League match against Maccabi Tel Aviv at home on July 4, 2020 at Sammy Ofer stadium in Haifa. Menachem started the match but was taken off the pitch injured in the 15th minute as Maccabi Tel Aviv won the match 1-0.

The 27 year-old, who joined Maccabi Haifa in 2015 from Hapoel Nir Ramat HaSharon, was the first-choice left back during the season, making a total of 38 appearances in all competitions and contributing with one goal and 4 assists. Altogether, he has made over 100 appearances for the club in all competitions, scoring 4 goals. As of the writing of this post, he also has 4 caps for the Israel national team.

This version of the shirt, with the Hertz patch printed on the left sleeve, was only used in the last 7 matches of the season, during the championship playoff. In combination with this bright green third kit, it was used in three matches only, including this one vs. Maccabi Tel Aviv.
The idea of a bright green third kit is a relatively recent invention at the club, and this is only the third time such has been used, having previously been done for the first time in the 2008/09 season (with Lotto) and then in the 2014/15 season (with Nike). With third kits being used starting from the 2007/08 season only, the preferred color for the third kit has been black, with striped shirts also being used on several occasions (with some seasons featuring two "third" kits, resulting in a total of 4). 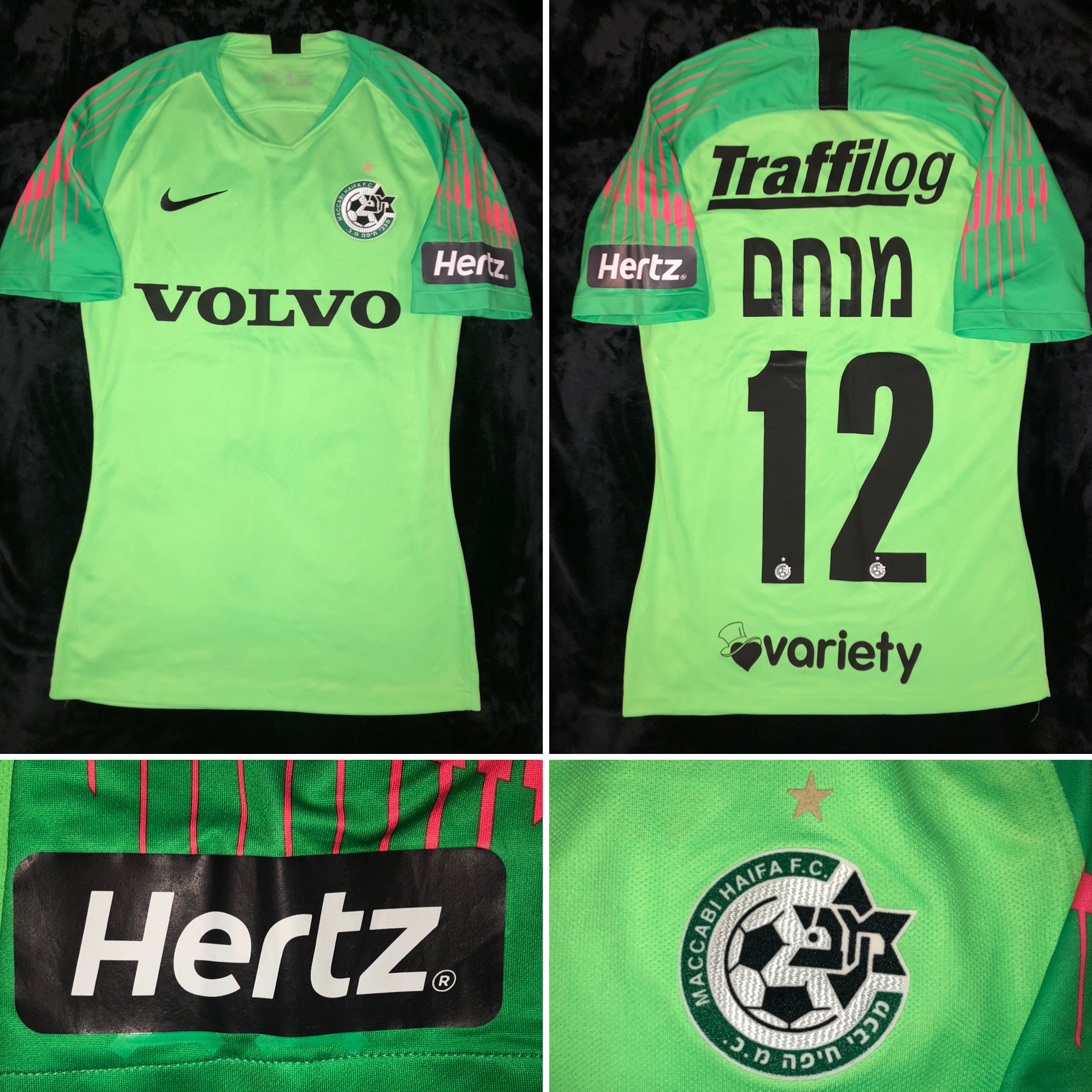