August 26, 2020
Match worn Maccabi Haifa 2002/03 home shirt, worn by Israeli right back Avishai Zano #16 in one of the matches against Olympiakos in the Champions League group stage. The shirt was swapped with an Olympiakos player after one of the matches, however, as the same shirts were used in both matches, I do not know in which of the two matches the shirt was worn. Maccabi beat Olympiakos 3-0 at "home" in Nicosia on matchday 2, and drew 3-3 away in Athens in the last matchday.

Zano played in all 6 group stage matches, as a substitute in the first two and as a starter in the remaining 4 matches. In the home match against Olympiakos in Nicosia, he played 39 minutes as a substitute. In the away match in Greece, he played the full match as a defensive midfielder, a position which he also played in from time to time. He also took part in all 4 qualification matches.

25-year old Zano joined Maccabi Haifa in 1995 from Maccabi Netanya. He had a very successful 8-season spell with Maccabi Haifa between 1995 and 2004, winning the Israeli league championship 3 times, one Israeli State Cup and one Israeli League Cup, before joining Hapoel Nazareth Illit, his hometown club. In total, he made 360 appearances for Maccabi in all competitions, scoring 25 goals.

This shirt is very memorable as this historic Maccabi Haifa Champions League campaign represented the first time ever an Israeli team made it through to the group stage of the competition. To this date, it remains the most successful campaign by an Israeli team in the competition, as they finished in a respectable 3rd place with 6 points, nearly 2nd second place, and included a memorable and shocking 3-0 win against Manchester United in Nicosia. 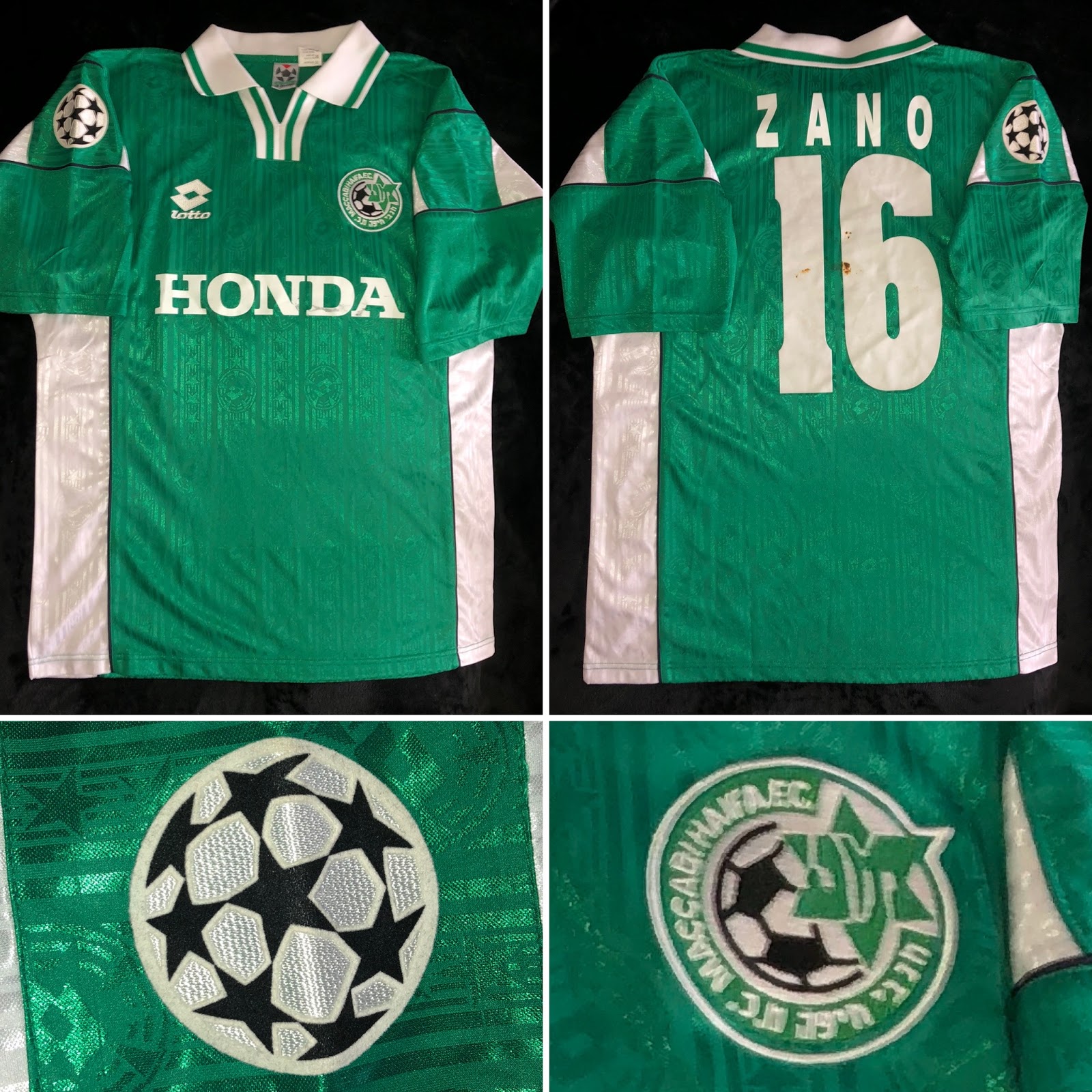