September 13, 2020
This Maccabi Haifa shirt is quite unique, as it is not a match shirt, yet nevertheless a very rare and very beautiful shirt. After extensive research, it was discovered that this shirt was used by the team in a photo shoot for the "Supergol" sticker album at the beginning of the 1998/99 season, with Maccabi returning to using Lotto shirts after being with Nike for the two previous seasons. However, this beautiful shirt was never used in games, with a much simper and boring Lotto design being used instead.

Unfortunately, I could not establish which player was #21 this season. Attached below are the pictures of the team wearing the shirt in the above mentioned photo shoot. 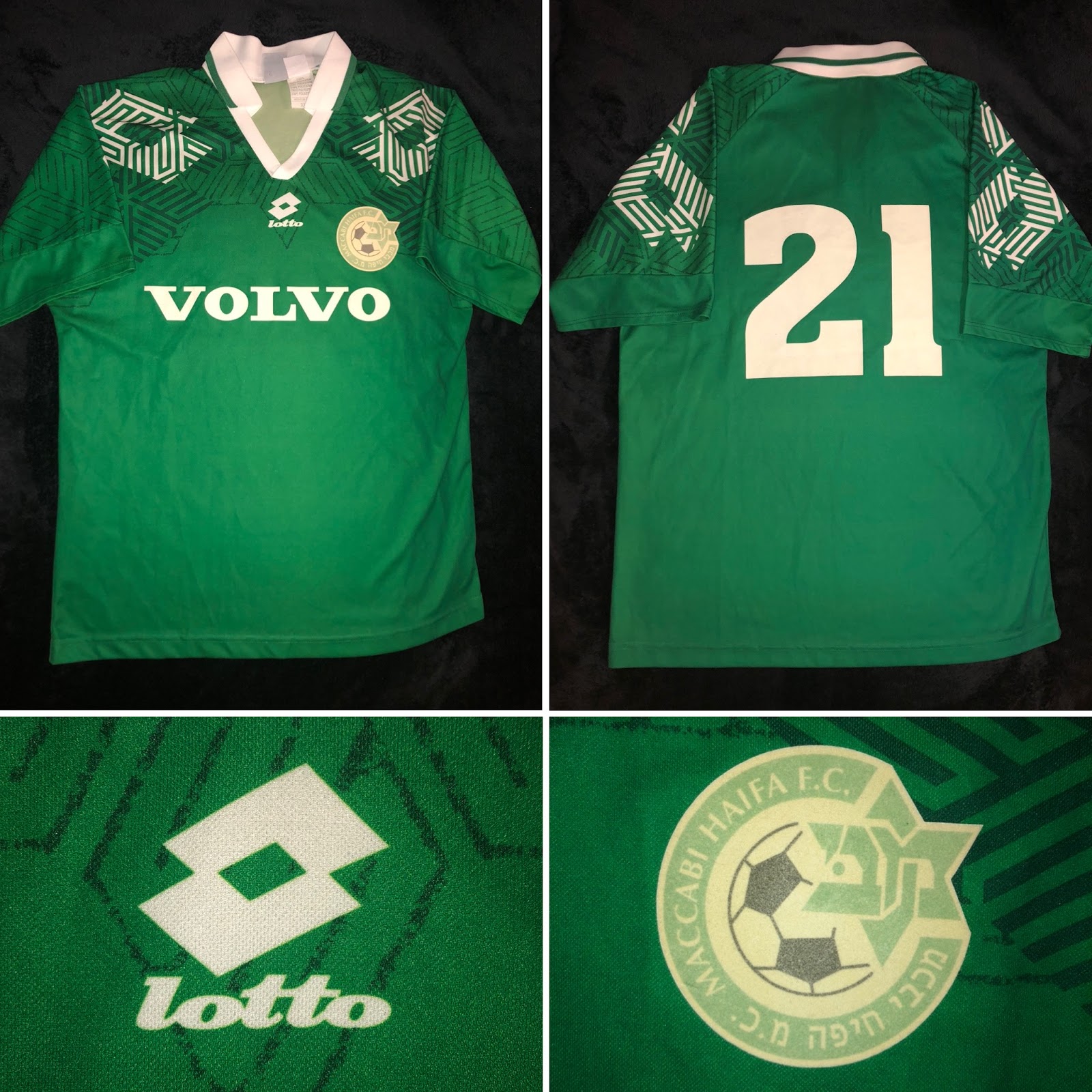