July 05, 2020
Extremely rare match worn Maccabi Tel Aviv 1976/77 away shirt, worn by #6 in an exhibition match against Belgian side RSC Anerlecht in 1976. The match ended in a large victory for the Belgians with the score of 7-0. Anderlecht had just won the European Cup Winners' Cup in 1976, their first ever European trophy. Unfortunately, there is practically no information available from this match, other than the score. I was also unable to determine to which player this #6 shirt belonged to either, unfortunately. The two teams played another exhibition match a year later in 1977 at Bloomfield Stadium in Tel Aviv, with Maccabi Tel Aviv surprisingly coming out as 2-1 winners.

Maccabi Tel Aviv had an extremely successful season in 1976/77, winning the double of Israeli League and Israeli State Cup. The shirt sponsorship has an interesting story: it was the first time ever in Israeli football that a team had a shirt sponsor, with the Goldstar beer brand sponsoring this shirt.

However, this advertising was not approved by the broadcasting authorities, and as a result, no matches of Maccabi Tel Aviv were broadcast wearing these shirts. As a result, in the second half of the season, the Goldstar sponsorship was dropped and was replaced with the word "Maccabi", and their matches were finally broadcast on TV. In reality, the "Maccabi" was a "hidden" sponsorship, as it was an advertising for the "Maccabi" beer brand, which happened to coincide with the team's name. 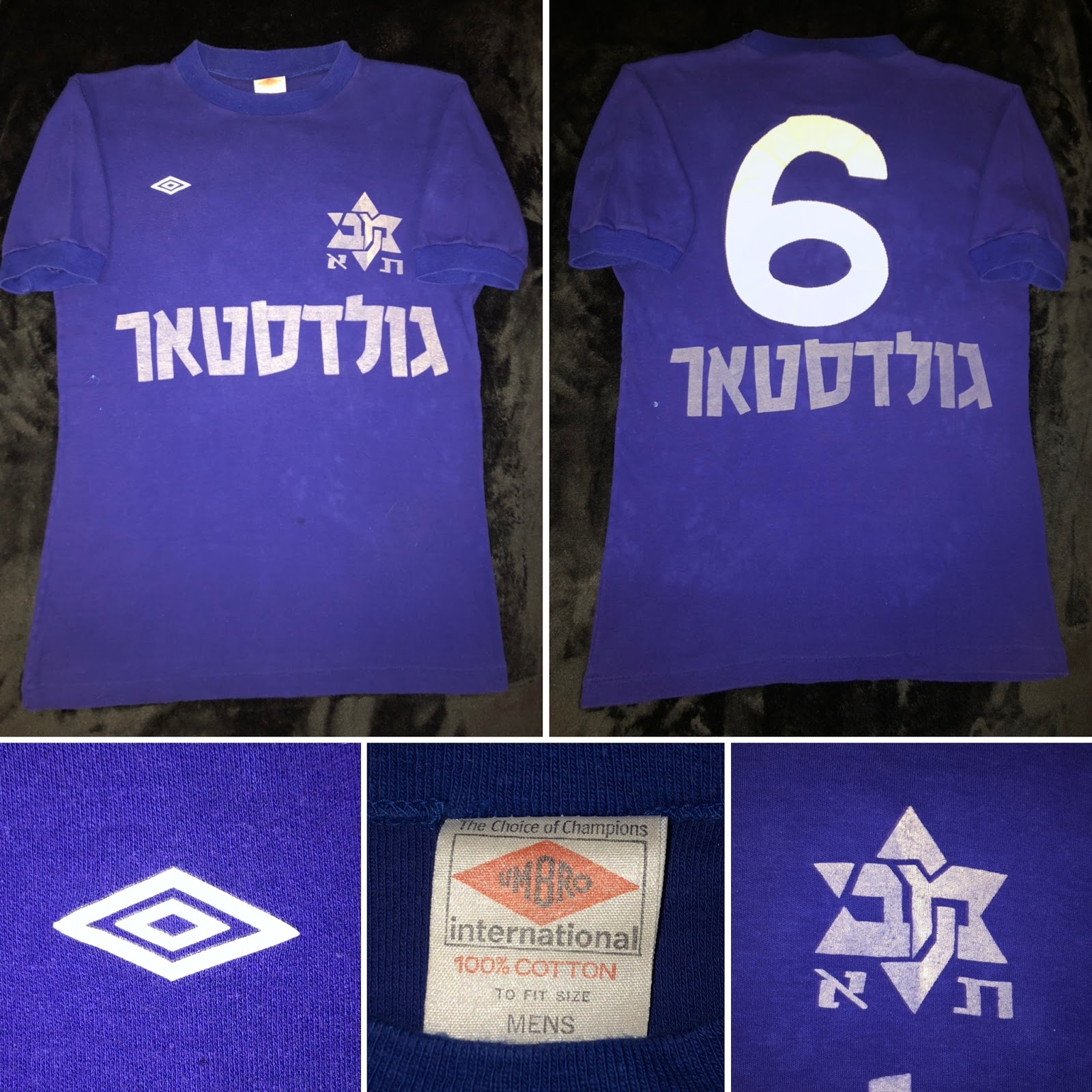 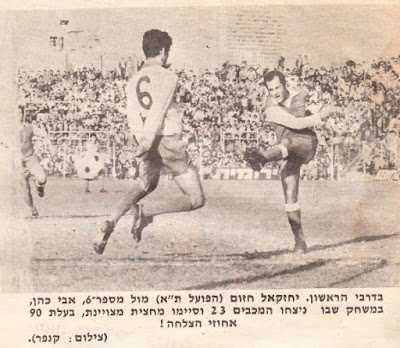 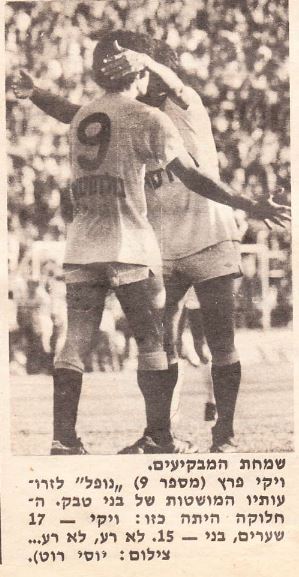