Match issued Israel 2016/17 away shirt, issued to attacking midfielder Michael Ohana #19 for the World Cup 2018 qualification match against Albania away on November 12, 2016 in Elbasan Arena. Ohana was an unused substitute as Israel came out rampant 3-0 winners - one of Israel's most impressive away victories ever - in front of a hostile crowd.

This is the first of the two white away models worn by Israel during this qualification campaign, being used in the first half of the campaign against Macedonia away, Lichtenstein at home, Spain away, and this match. This was the only one of those in which match details were printed on the shirt. For some reason, the shirt was then changed to an alternative white version (see here and here) with the trademark 3 stripes running down the sides of the shirt instead of along the shoulders. 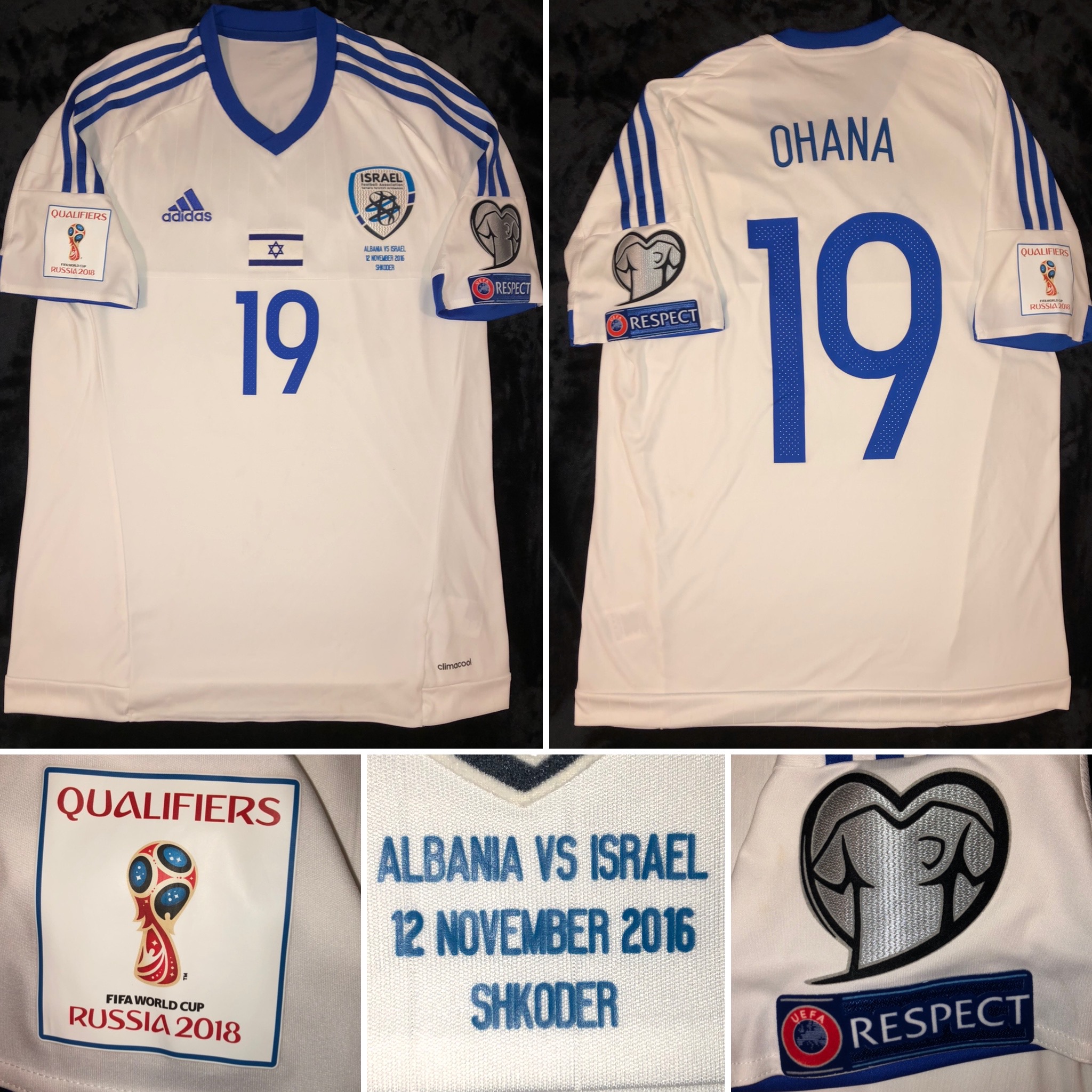