July 11, 2020
Match issued Fenerbahce 2000/01 away shirt, issued to Israeli attacking midfielder Haim Revivo #10 during the second half of the 2000/01 Turkish Süper Lig season. This was Revivo's first season with Fenerbahce, joining them after 4 magical seasons with Celta Vigo in Spain.

The following season 2001/02 was also another successful one for Revivo, while Fenerbahce narrowly missed out on the league title to bitter rivals Galatasaray, he had a great season, scoring 15 goals in 31 matches in all competitions (13 of them in the league), and helping Fenerbahce qualify to the Champions League group stages, where he also scored a goal against Bayer Leverkusen, becoming the first Israeli player to score in the Champions League (video below).

What's notable about this shirt is that it was self-made by Fenerbahce, and does not feature any manufacturer brand logo. Between the years 2000 and 2004, Fenerbahce did not have a kitmaker and simply produced all of its kits on their own, through their "Fenerium" brand. Furthermore, this design was only worn in the second half of the season, as a different version of the away shirt was used in the first half of the season. I also have his home shirt from the second half of this season as well. 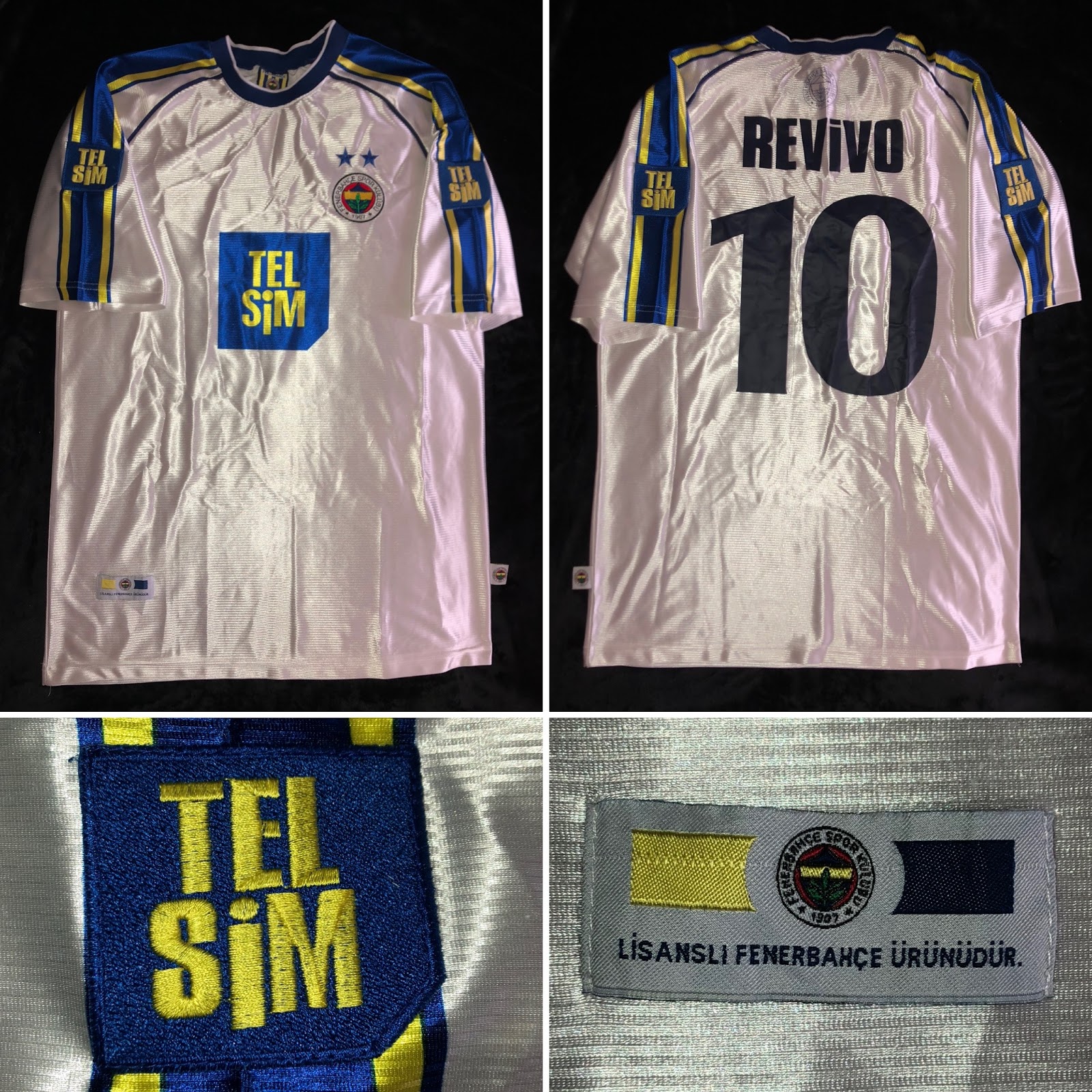 In the video below you can see him scoring in this same shirt design (also used in the following 2001/02 season, but with a different sponsor, Aria) against Bayer Leverkusen in the Champions League group stages - becoming the first Israeli player to ever do so: