June 23, 2020
Match worn Maccabi Haifa 2004/05 home shirt, worn by Israeli right back Ori Uzan #27 in the second leg of the UEFA Cup first round match against Dnipro Dnipropetrovsk on September 30, 2004 at the Meteor Stadium in Dnipropetrovsk. Uzan played the full match as Maccabi lost 2-0, losing 2-1 on aggregate and being eliminated from European competition for the season.

Uzan signed for Maccabi Haifa in the beginning of the season from Maccabi Netanya. His stint in Haifa was not very successful as this was his only season at the club; after starting regularly in the beginning of the season, including all 4 European matches, he was dropped to the bench. He remained a back-up since, and in the January 2006 transfer window, he was loaned out to Hapoel Petah Tikva for the rest of the season, before returning to Maccabi Netanya permanently at the end of the 2005/06 season.

In total, he made 28 appearances for Maccabi Haifa in all competitions, of which 16 were in the league. Uzan also made 4 appearances for the Israel national team between 2003 and 2004.

The shirt is signed and personally dedicated to me by Uzan. Coincidentally, I also have his shirt from the preceding match against Rosenborg in the Champions League 3rd qualifying round. 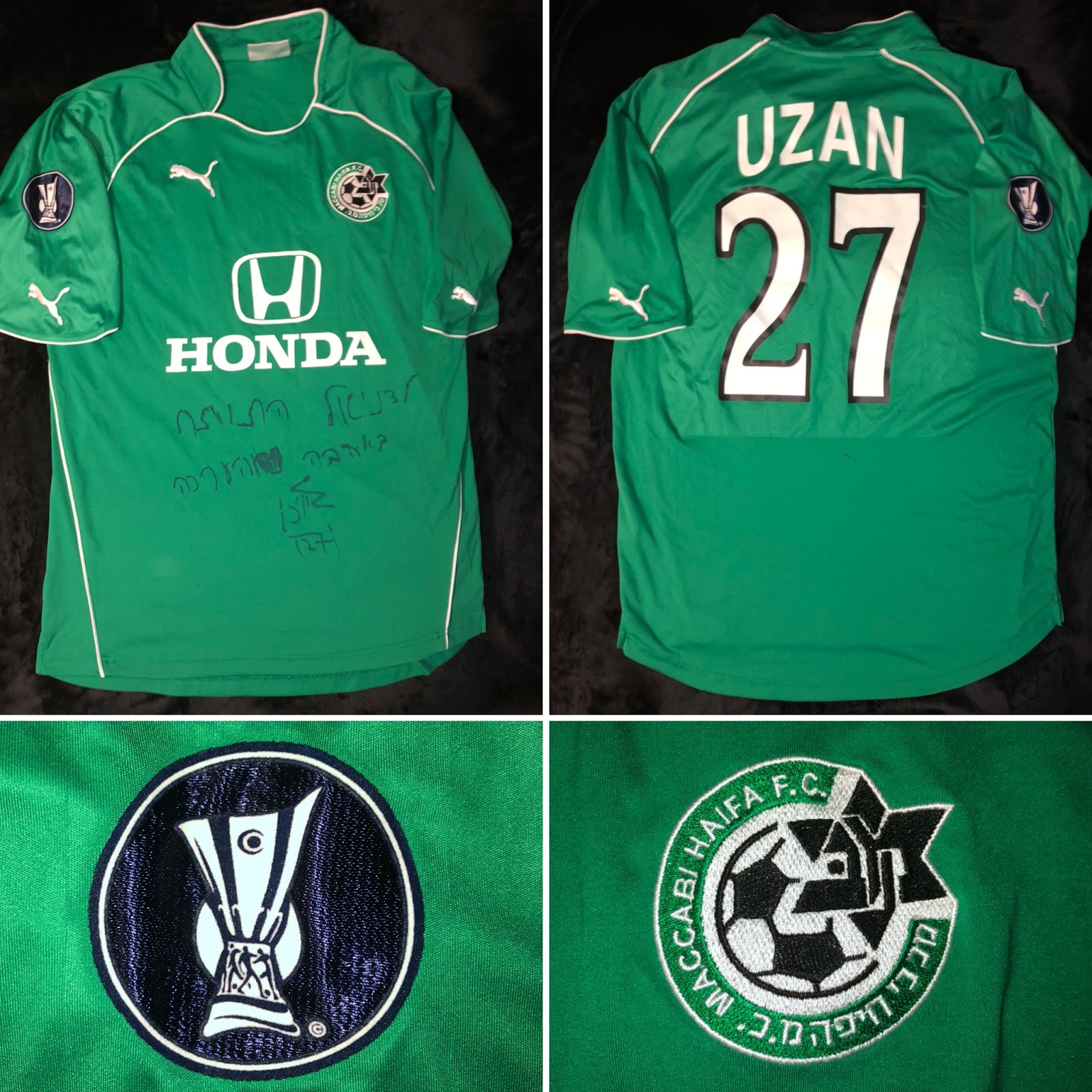