June 20, 2021
Extremely rare match worn/issued Maccabi Tel Aviv 2016/17 home shirt, issued to or worn by legendary Israeli attacking midfielder Yossi Benayoun #51 in the Israel State Cup Final against Bnei Yehuda on May 25, 2017 in Teddy Stadium, Jerusalem. Benayoun came off the bench in the 100th minute as the match ended in a 0-0 draw after extra time, with Bnei Yehuda winning the cup in the resulting penalty shootout (4-3 on penalties). This was Bnei Yehuda's first State Cup win in 36 years and their first trophy in 20 years, a big moment for the underdog (Bnei Yehuda are the 3rd biggest team in Tel Aviv, after Maccabi TA and Hapoel TA).

This was Benayoun’s second consecutive State Cup final appearance, having captained Maccabi Haifa to victory in the 2015/16 final against Maccabi Tel Aviv themselves. This final, however, is one he will want to forget, as he took the fourth penalty in the shootout and missed with a poor shot to the middle of the goal.

The shirt is also signed by Benayoun. 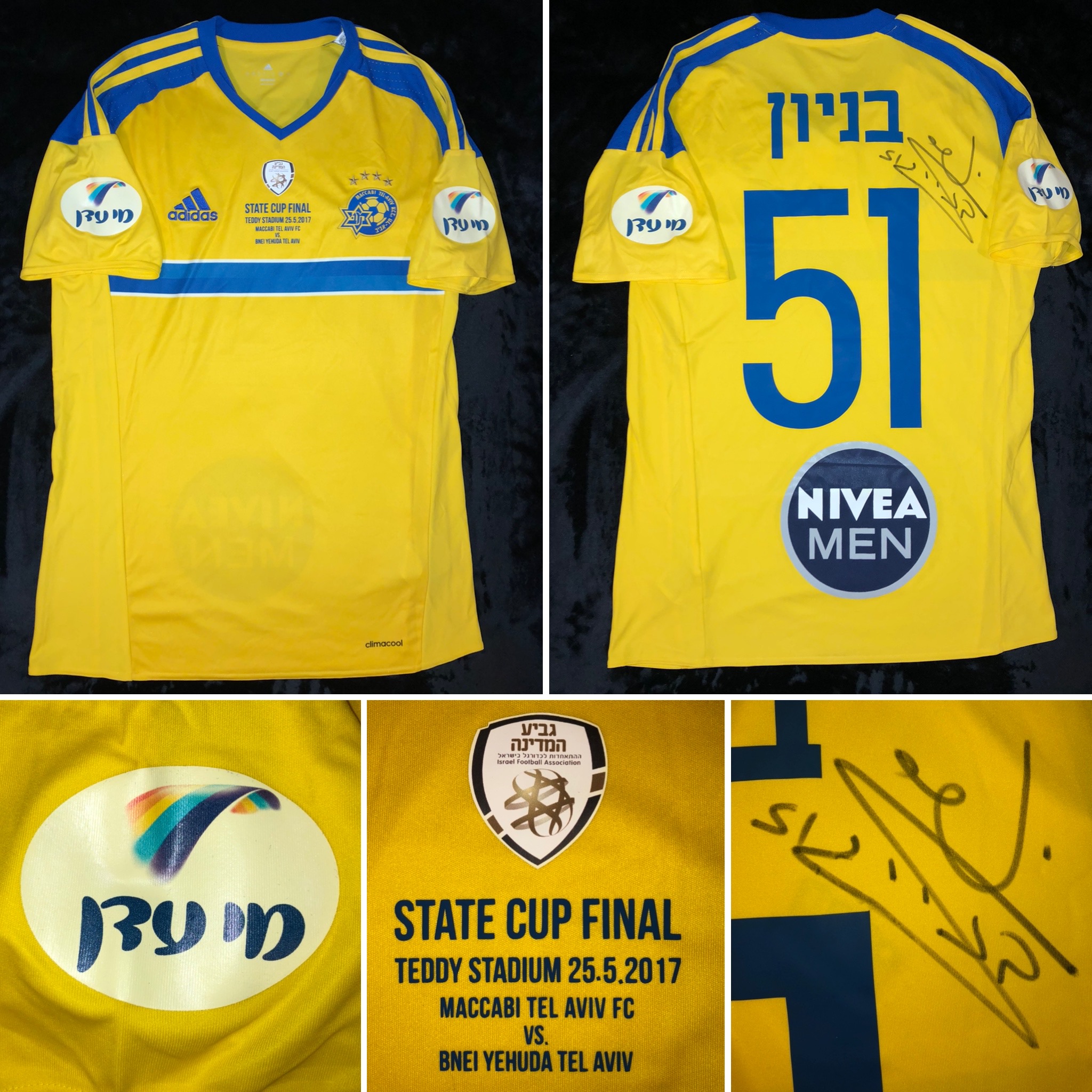