Extremely rare match worn/issued Maccabi Haifa 2011/12 special shirt, issued to or worn by Croatian center back Jurica Buljat #3 in the Israel State Cup Final on May 15, 2012 at Ramat Gan Stadium. Buljat started and played the full match as Maccabi Haifa lost 2-1 to Hapoel Tel Aviv with a last minute winner from Nosa Igiebor.

Buljat joined Maccabi Haifa from Hajduk Split in summer 2011. He was the first choice center back in 2011/12, playing 31 matches in the league and 47 in all competitions, scoring one goal. He was part of the team that nearly qualified to the Champions League group stages for the 3rd time (eliminated by a penalty shoot-out in the playoff round) and took part in Maccabi Haifa's first ever Europa League campaign this season. Nevertheless, he left the club at the beginning of the following season, returning to Croatia. He has 2 caps for the Croatian national team, both in 2010.

What makes this shirt special (other than the fact it is from a cup final match) is that this is actually one of the following season's kits (2012/13), worn by the club in the last match of the 2011/12 season. This is actually something that is practiced quite often by big European clubs. The orange league patch on this shirt was only used in this one season (2011/12), with a redesigned league patch being introduced starting from the 2012/13 season, meaning that this shirt was used with this patch only in this one match, making this a true collector's item. 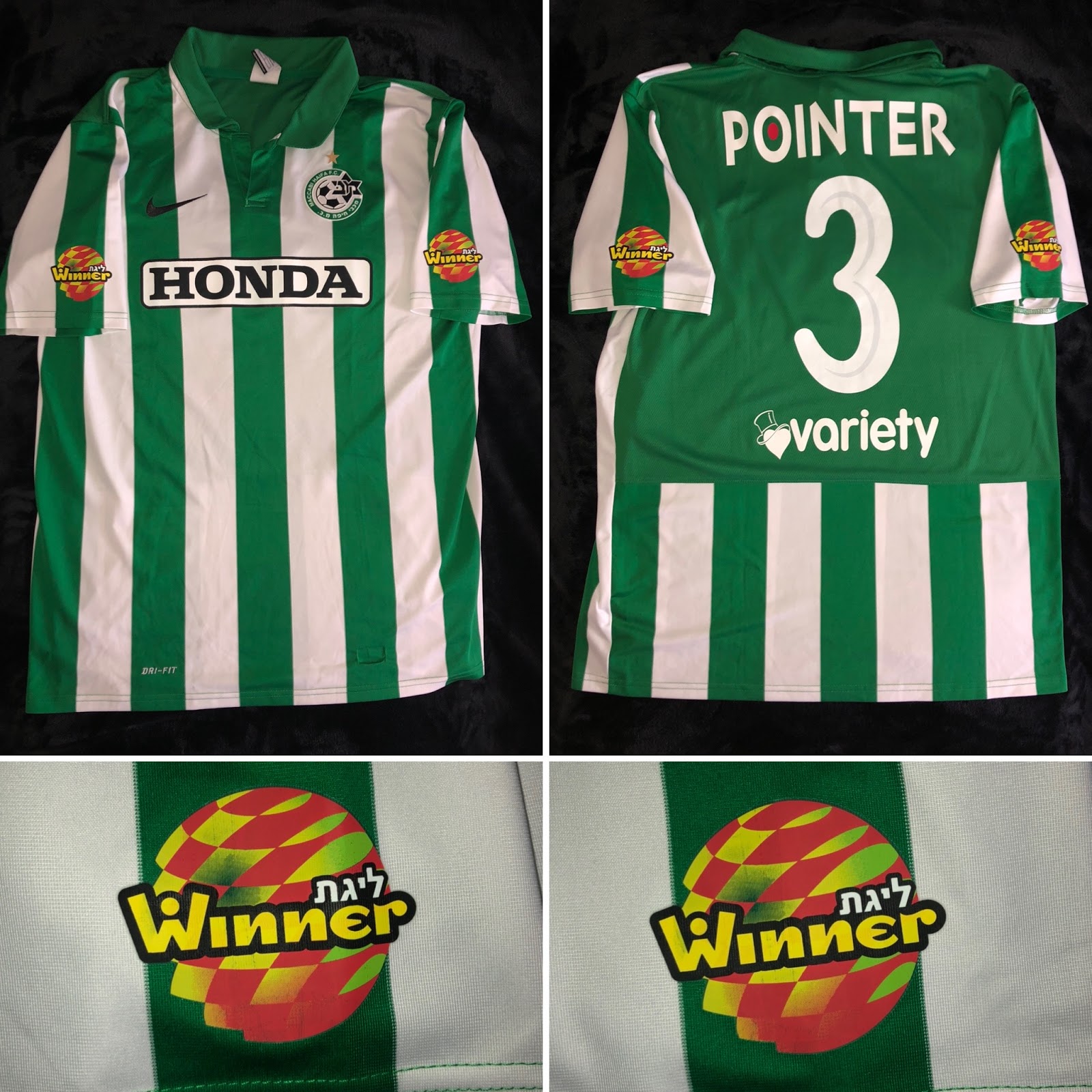