Match issued Maccabi Haifa 2003/04 long sleeve home shirt, issued to legendary Israeli center back Arik Benado #4 for the UEFA Cup 2nd Round first leg match against Valencia away at the Mestalla Stadium on November 6, 2003. Benado played the full match and put in a stellar performance as Maccabi Haifa managed to hold on to a dear 0-0 draw at the Mestalla, though they would later be eliminated after a 4-0 loss in the second leg which was played at "home" in Rotterdam.

Benado is a Maccabi Haifa club legend, having come through the youth academy to make his debut in 1991. Apart from 2 spells totaling 6.5 seasons with Beitar Jerusalem (1994 to 1996 and 2006 to 2010), he would go on to play 13.5 seasons for his boyhood club, making a total of 553 appearances in all competitions and scoring 13 goals. He has the 3rd most appearances for the club in the league with 399 matches. He was the club captain from 1999 to 2006. He won many trophies with the club: 7 league championships, 2 State Cups, and 3 League Cups, making him one of the most successful Israeli players of all time. He was also captain of the Maccabi Haifa side which made history by qualifying for the Champions League in 2002/03 - the first Israeli team to do so. He also has the 3rd most appearances for the Israeli national team, with 94 caps between 1995 and 2007.


The long sleeve shirts with names on the back were prepared specifically for this match, however, the players elected to play in short sleeve shirts, as evidenced by the photos and video available from the match. Notably, as opposed to the shirts used in the league (example), there are no Lotto logos on the collar and on the sleeves, as per UEFA regulations the manufacturer logo is only allowed once on the shirt. 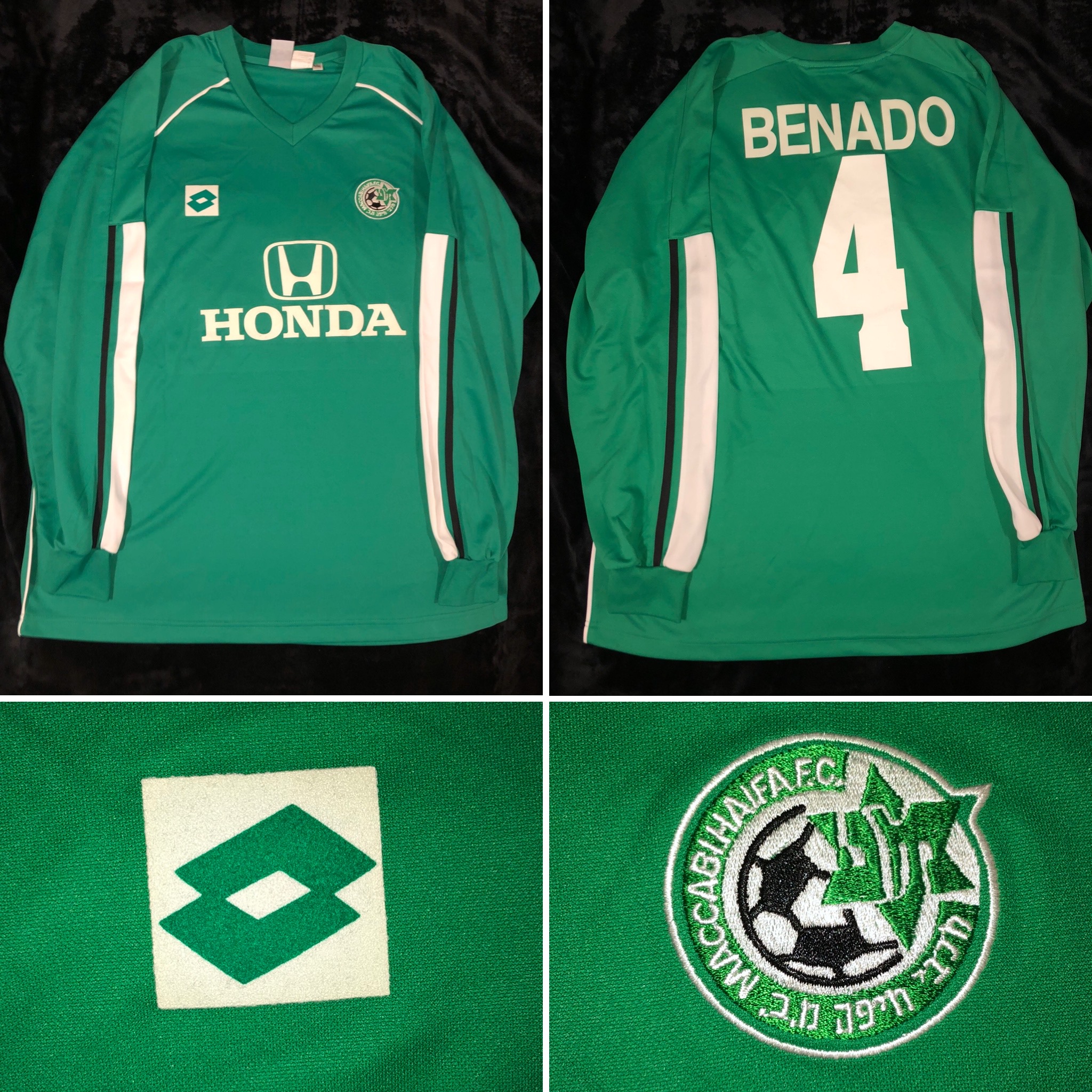