Match worn Israel 2018/19 black goalkeeper shirt, worn by Ofir Marciano #18 in the Euro 2020 qualification match against North Macedonia at home on September 5, 2019 at Turner Stadium in Be'er Sheva. Marciano played the full match as the match ended in a disappointing 1-1 draw.

Marciano, the first choice goalkeeper of Scottish side Hibernian, was originally the second choice goalkeeper at the beginning of the campaign, behind Ariel Harush. However, he would go on to become first choice in the second half of the campaign, playing in 5 of the 10 qualifying matches, this match being the first of the five. In fact, this match was Marciano's first appearance for the national team in 2.5 years, having last made an appearance in March 2017, and 12th in total. As of the writing of this post, Marciano has a total of 16 caps for Israel since making his debut in 2014.

This is surprisingly the first Israel goalkeeper shirt in my collection, which has been long overdue, and quite a beautiful one at it, with Puma having created a gorgeous design for their current GK kits. 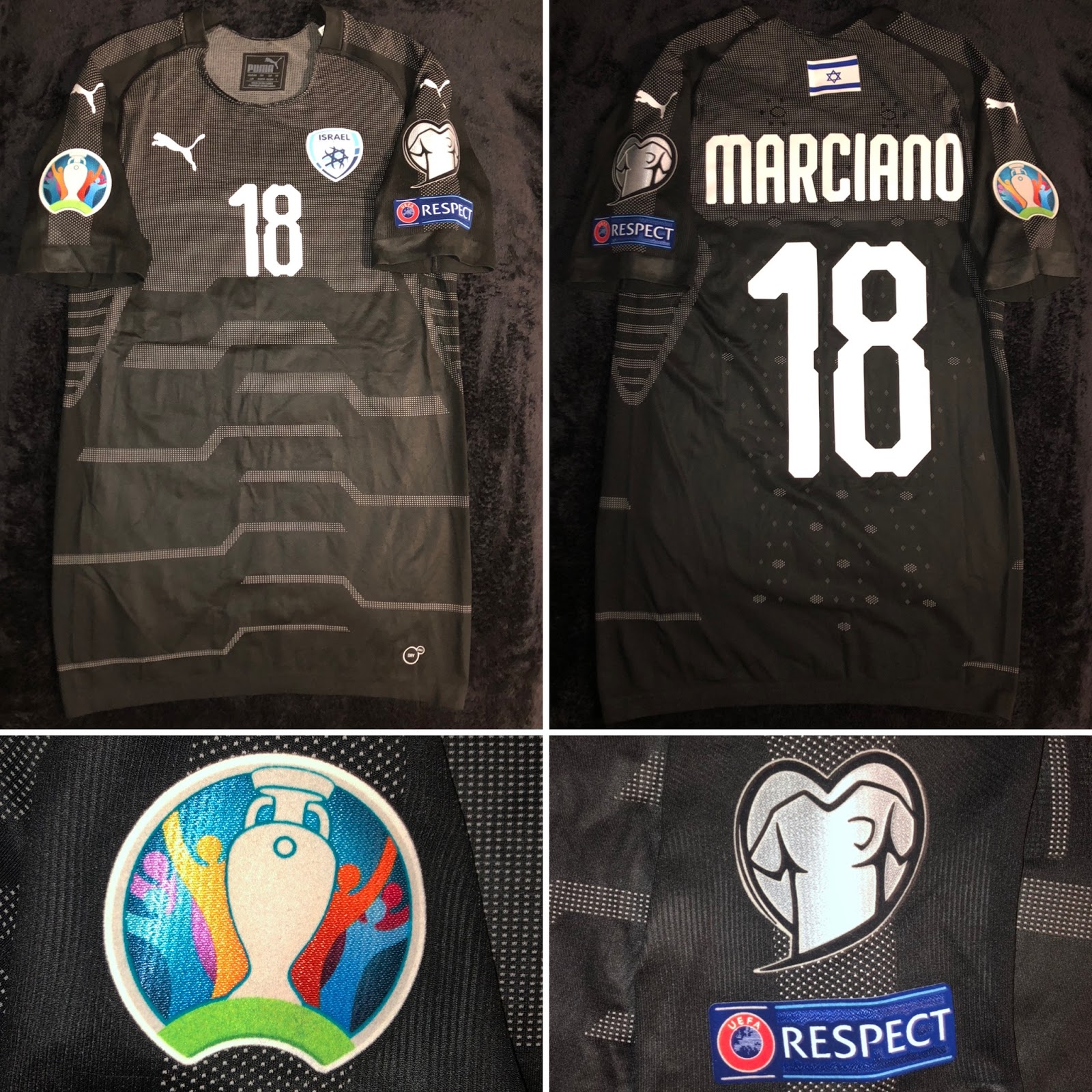