This dark grey shirt is one of three GK kits used in this season, with the others being a light blue shirt and a purple shirt. However, this is the only match in the Europa League group stage this season in which this dark grey shirt was used, making it very rare. The shirt is also signed by Rajkovic across the back of the shirt. 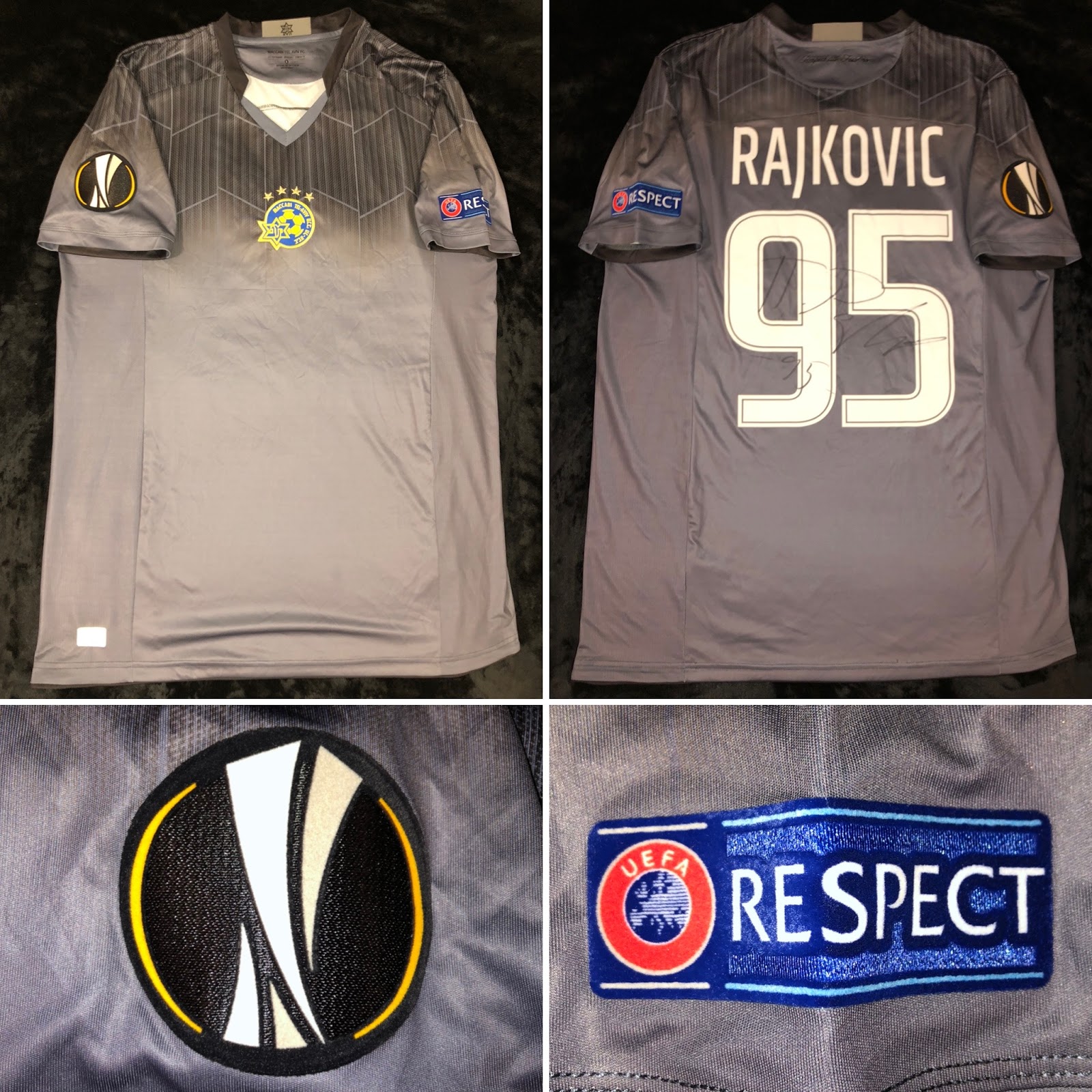