Match issued Israel 2018/19 home shirt, issued to attacking midfielder Yonatan Cohen #16 for the Euro 2020 qualification match against Latvia at home on October 15, 2019 at the Turner Stadium in Be'er Sheva. Cohen was an unused substitute as Israel won the match 3-1 against the bottom-placed team of the qualifying group.

This light blue shirt was only used for the first time during this qualifying campaign in this match against Latvia, and only used one other time (against Poland at home a month later), with the white kit being used predominantly throughout the campaign. 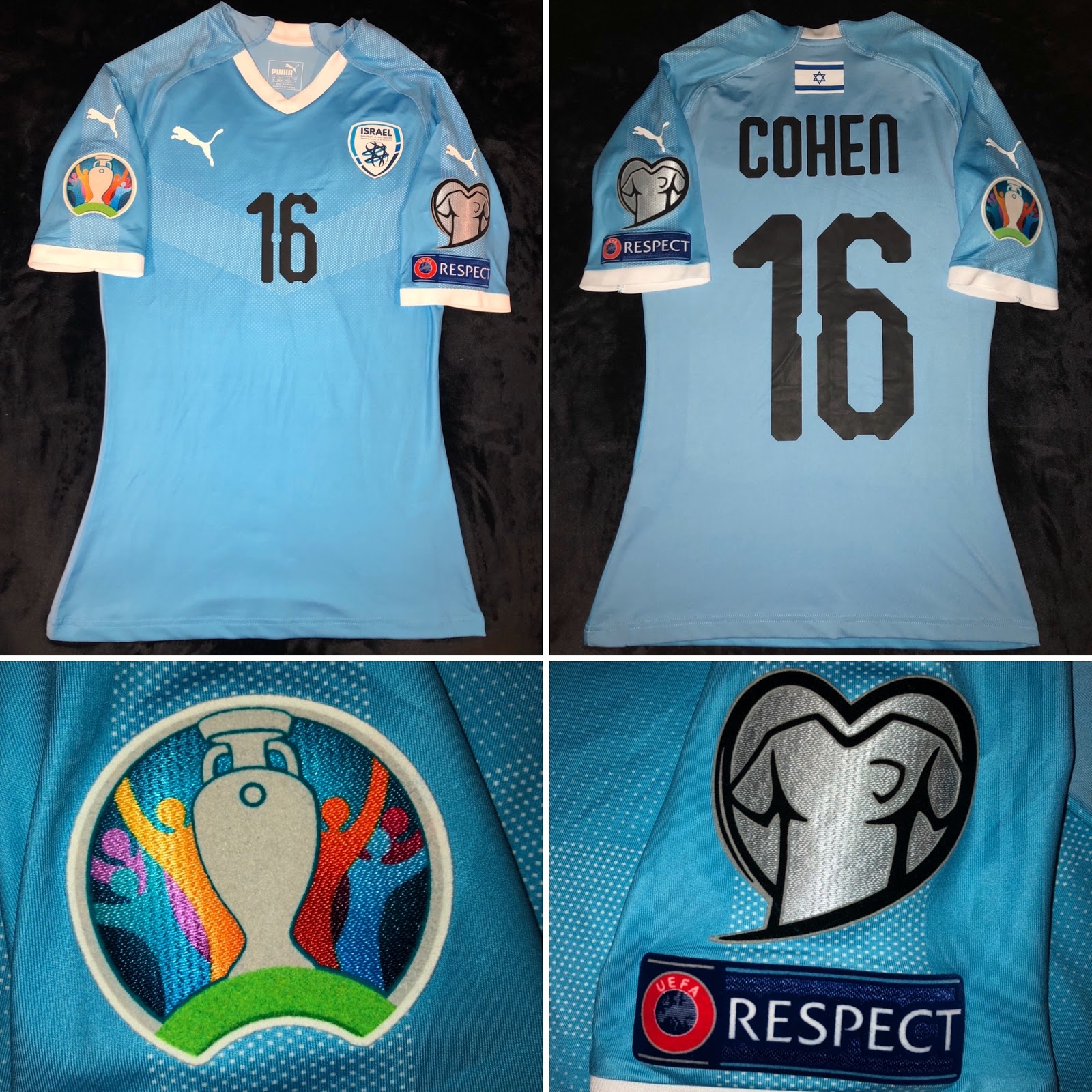