Match worn Maccabi Haifa 2019/20 home shirt, worn by Ukrainian-Australian striker Nikita Rukavytsya #13 in the Israeli Premier League derby match against Hapoel Haifa at home on December 24, 2019. Rukavytsya played the full match and scored 2 goals in the second half, as Maccabi won the derby 3-0. While both teams play in the same stadium, Sammy Ofer stadium in Haifa, Maccabi was the "home" team for administrative purposes in this derby match.

Rukavytsya, who was born in Ukraine and grew up in both Ukraine and Australia, joined Maccabi in the 2016/17 season from Beitar Jerusalem. He would go on the become Maccabi's main goalscorer since joining and a fan favourite. As of the writing of this post, he is the top scorer of the Israeli Premier League in the 2019/20 season with 13 league goals so far.

Design-wise, it is one of my favourite Maccabi Haifa shirt designs, particularly since Nike took over as kit maker in 2011. The shirt is very special as Rukavytsya scored 2 goals in it in a 3-0 derby win, which was Maccabi's first derby win in almost 4 years. 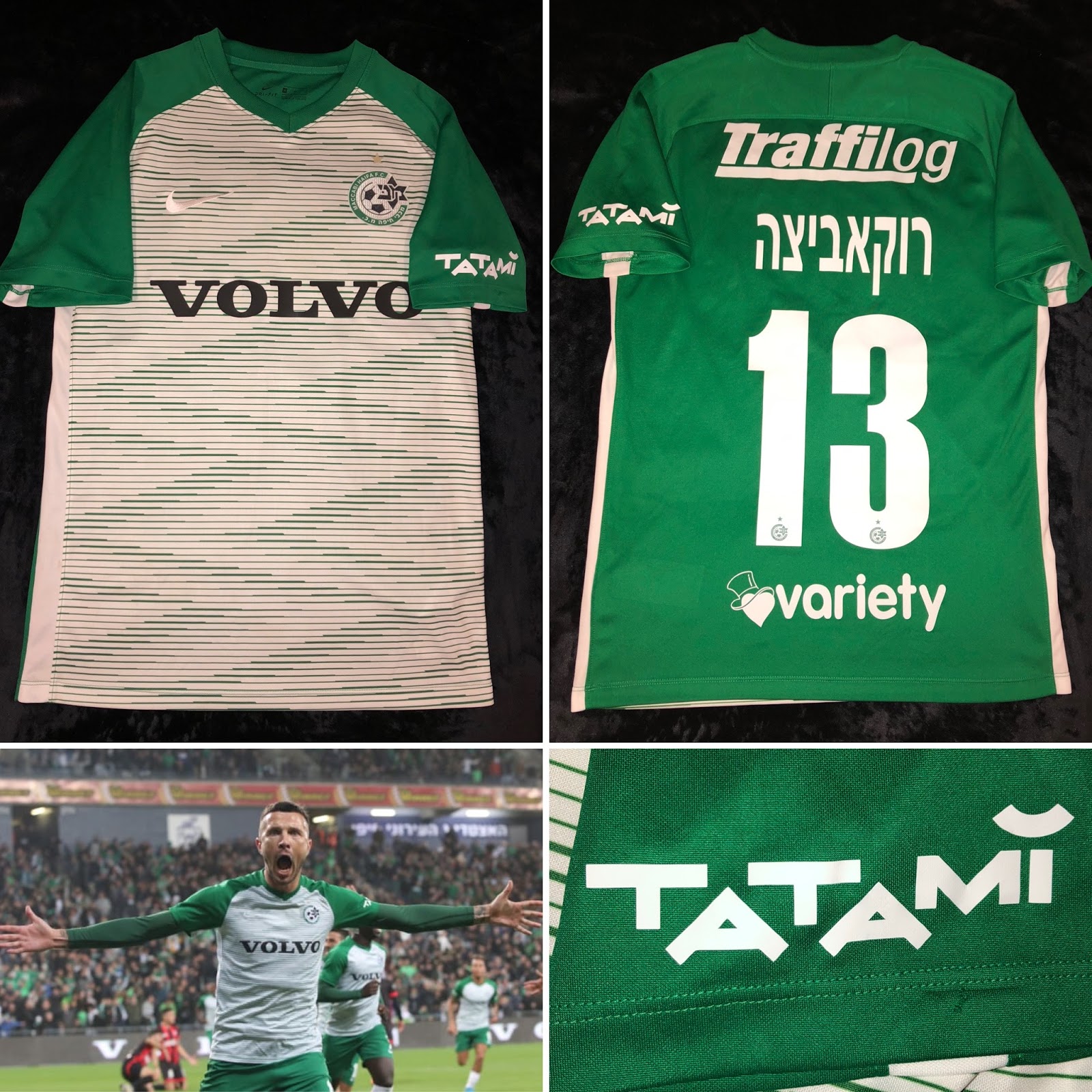