Match worn Hapoel Tel Aviv 2010/11 long sleeve home shirt, worn by Israeli attacking midfielder Eran Zahavi #16 in the Champions League group stage match against Lyon away on December 7, 2010 at the Stade de Gerland in Lyon. Zahavi played the full match and scored a stunning famous bicycle kick in this shirt in the 69th minute, giving Hapoel a 2-1 lead. He also assisted Ben Sahar's equalizing goal (1-1) six minutes earlier. Unfortunately, Hapoel conceded a late equalizer in the 88th minute and the game ended 2-2, as a result of which Hapoel finished in last place with 5 points in Group B (with Lyon, Schalke and Benfica), and missed out on a Europa League spot.

Zahavi, who is an Hapoel Tel Aviv youth team product, was their star man in their first (and so far only) Champions League campaign, starting in all 6 group stage matches and playing the full 90 minutes in all but one of them. He was their top scorer with 3 goals (and the one assist from this match), with his other two goals coming in a 3-0 win against Benfica at home - their only win of the campaign. He also started in all 6 qualifying matches and scored 2 goals - including in the 1-1 draw against Salzburg at home which sealed their historic qualification to the Champions League.

In total, Zahavi scored 17 goals in 50 matches in all competitions this season, including 9 goals in 33 matches in the league, as Hapoel finished in 2nd place in the Israeli League but won the Israeli State Cup. In the State Cup final, Zahavi assisted the only goal of the game as Hapoel Tel Aviv won 1-0 against Maccabi Haifa. This was without a doubt his best season for Hapoel Tel Aviv, and at the end of the season he signed for Palermo in the Serie A.

This is an absolutely remarkable and priceless shirt, and one of the rarest in my collection. Not only is it a beautiful design and a rare long sleeve version, it's a piece of Israeli football history, worn by the team's star player when scoring one of the most memorable goals by an Israeli team in the Champions League, in the team's only appearance in the Champions League. 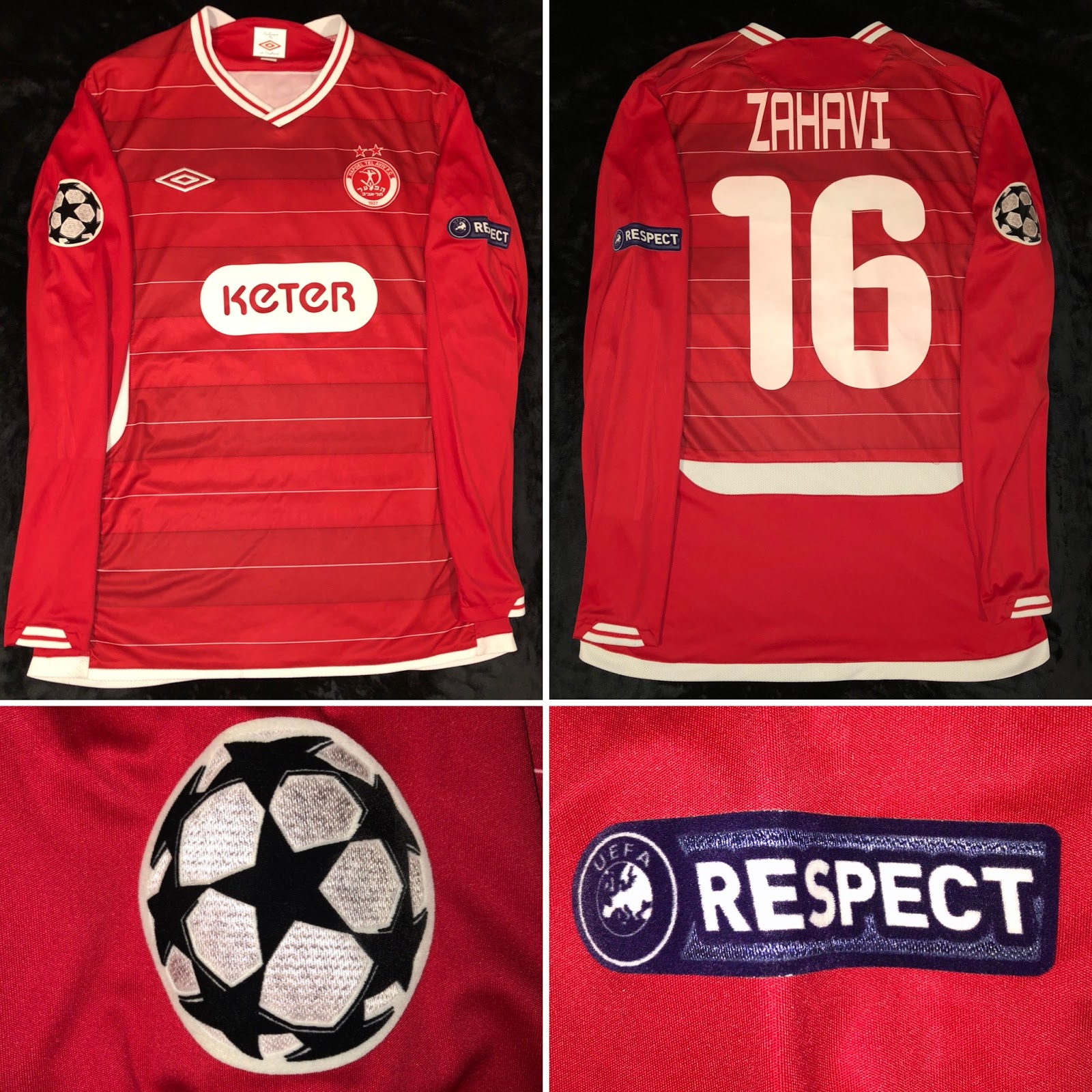