Match worn Israel 1994/96 long sleeve home shirt, worn by attacking midfielder Itzik Zohar #14 in the Euro 1996 qualification match at home against Romania on December 14, 1994 at Ramat Gan Stadium. Zohar came on as a substitute in the 76th minute and brilliantly assisted striker Ronny Rosenthal for the equaliser in the 83rd minute, with the match ending 1-1. At the end of the match, he swapped shirts with Romanian left back Tibor Selymes.

This was Israel's first ever participation in the qualification for the Euros, having joined UEFA in 1992. Despite finishing in 5th place with 12 points, it was a decent campaign with a neutral goal difference (13 goals scored and 13 conceded). Memorable matches include a 2-1 home win against Poland in the first group match, an impressive 0-0 draw at home against France, as well as this match against Romania, at the time considered one of the best teams in Europe.

Zohar made a total of 31 appearances for Israel between 1992 and 2000, scoring 9 goals. With the start of his national team career coinciding with Israel joining UEFA, Zohar's most famous goals came in Israel's first ever competitive match in Europe, a 1994 World Cup qualification match in October 1992 against Austria away, which ended in a 5-2 loss, with Zohar scoring both goals.

This was the second of the two kits used by Israel during their relatively short spell with Diadora from 1992 to 1996, and was used primarily during Euro 1996 qualification matches. This is currently the oldest shirt in my collection. 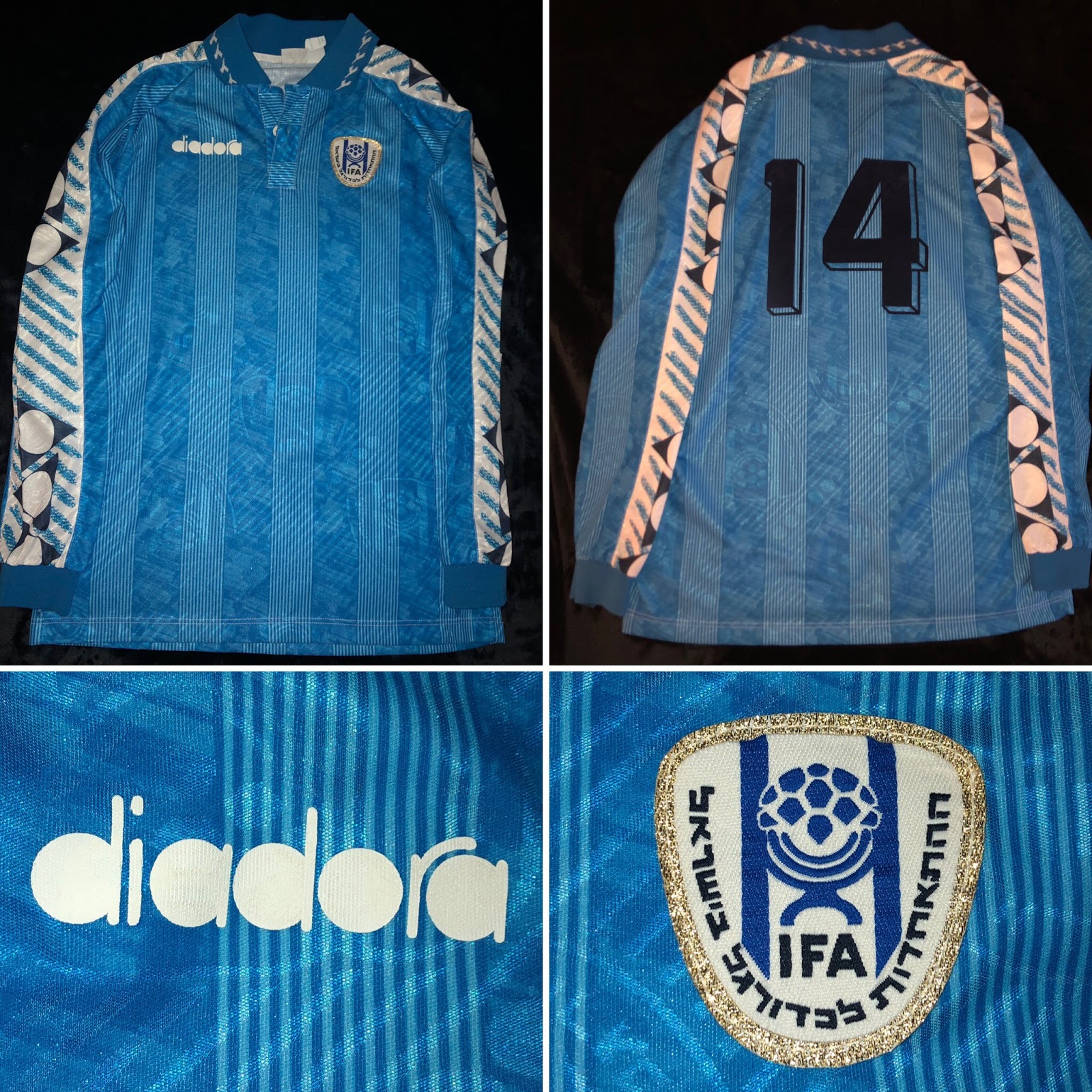