Match worn Israel 2018/19 away shirt, worn by defender/midfielder Nir Bitton #4 in the Euro 2020 qualification match against Latvia away on June 7, 2019 at the Daugava Stadium in Riga. Bitton played the full match as Israel ran out comfortable 3-0 winners through an Eran Zahavi hat-trick. The shirt, worn by Bitton in the first half of the match, is unwashed and was given to me by him directly.

This match was an emotional one for Bitton, as it was his first appearance for the national team in 20 months (and first start in over 2.5 years) due to a very serious knee injury that he had which kept him out of action for a long time. Having made his debut for the national team at 18 years old, as of the writing of this post Bitton has made 23 appearances for Israel in total, scoring 2 goals. 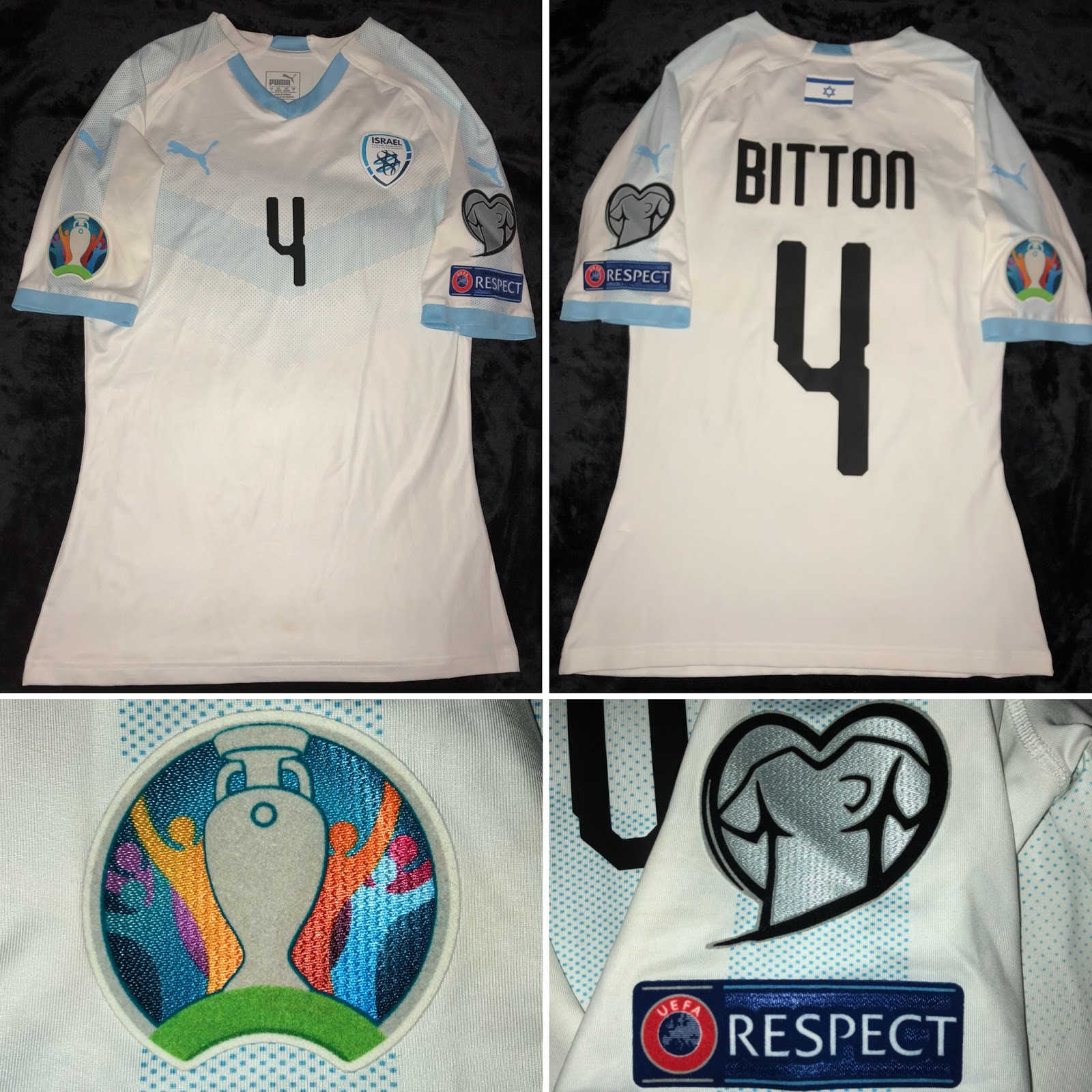