Match worn/issued FC Ingolstadt 04 long sleeve third shirt from the 2013/14 season, issued to/worn by Israeli defensive midfielder Almog Cohen #36 in a league match in the 2. Bundesliga. This was Almog's first season with Ingolstadt, having joined from 1. FC Nürnberg, and he went on to make 25 appearances and score 1 goal in the season. This kit was also used as the third kit in the previous season, 2012/13.

This shirt is quite rare as the third kit was naturally only used in a couple of matches. In one of them, a 1-1 away draw against Karlsruhe in February 2014, Cohen was sent off in extra time at the end of the match after being involved in a mass melee.

I also have Cohen's two other kits from this season - a signed long sleeve home shirt and a short sleeve away shirt - completing a full set from 2013/14. 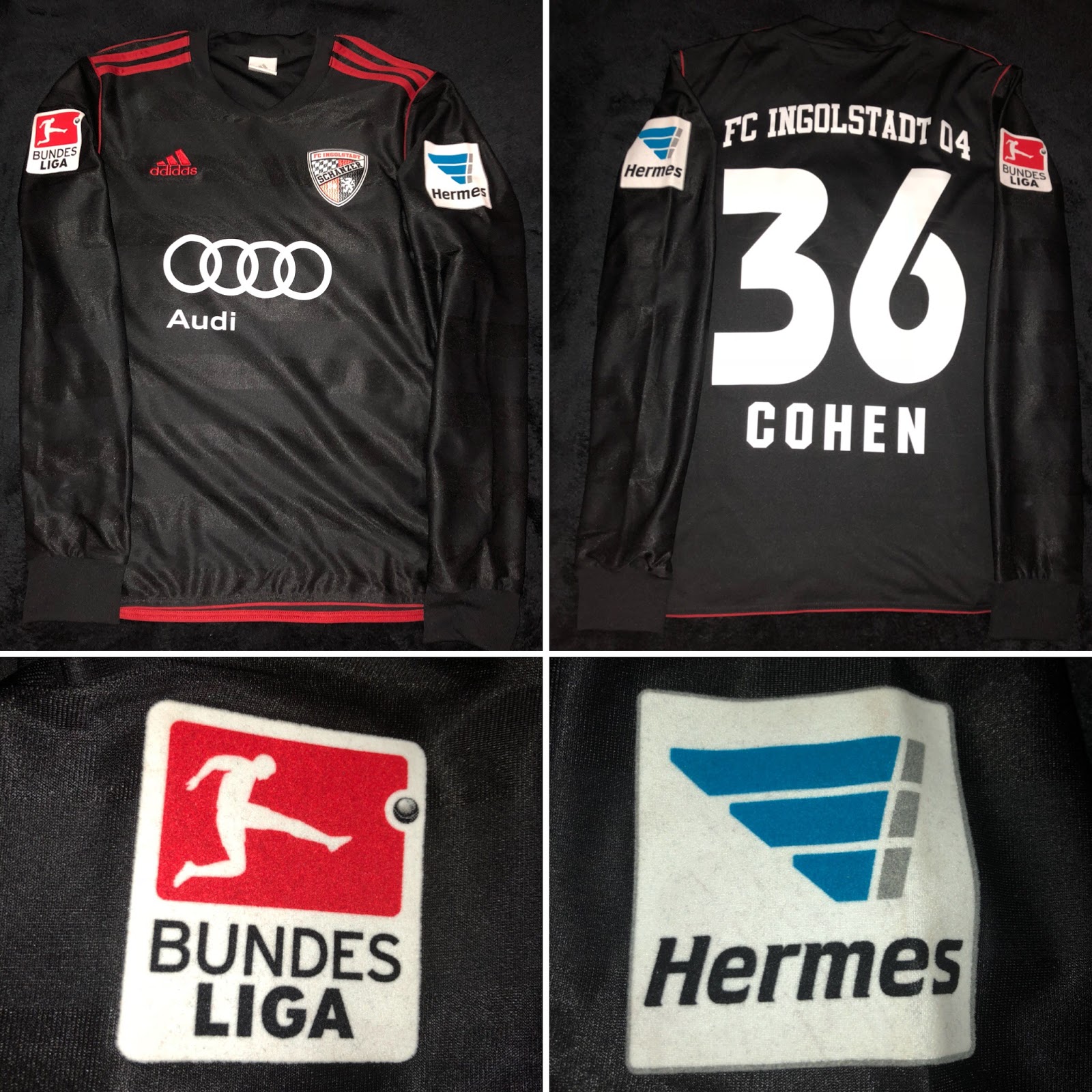