Match worn Israel U-21 2012/14 away shirt, worn by right back Eli Dasa #2 in the Under-21 Euro 2013 group stage match vs. Italy on June 8, 2013 at Bloomfield Stadium in Tel Aviv. Dasa started the match but was substituted at half time as Italy comfortably won 4-0. Dasa made 25 appearances in total for the Israel U-21 team, and would go on to become the first-choice right back for the senior national team, with 17 caps as of this post.

This shirt is special as it represents the special occasion of Israel hosting the European Under-21 Championship in 2013, the first time Israel has hosted a significant tournament since becoming a member of UEFA in 1992. Israel qualified automatically as the host nation and would go on to put in a respectable performance, finishing third place in the group stage with 4 points (one win, one draw and one loss), including a memorable 1-0 victory over England U-21 in the final group stage match. 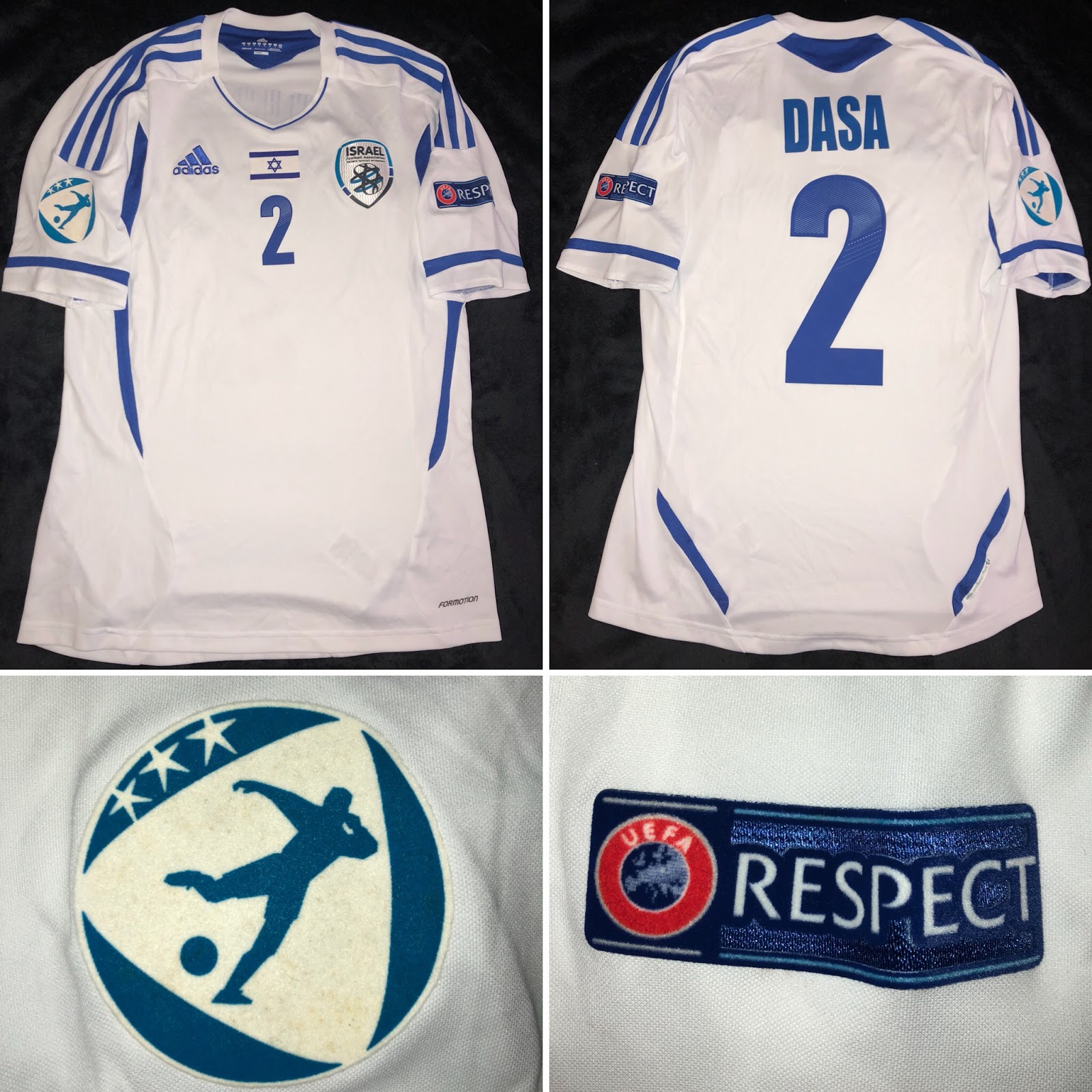