Match worn/issued CSKA Moscow 2017/18 long sleeve home shirt, issued to or worn by Israeli midfielder Bibras Natcho #66 in the Europa League Round of 16 home match against Lyon at VEB Arena on March 8, 2018. Natcho started and played the full match as CSKA lost 1-0. They would, however, go on to sensationally beat Lyon 3-2 in the return away match and eliminate the final hosts from the tournament, before being eliminated by Arsenal in the quarter-final.

What's unusual is that up until this season (2017/18), CSKA has always played with the English version of their sponsor - ROSSETI - in European matches, instead of the Russian version, РОССЕТИ. But this season they decided to use the Russian version for some reason. The following season, they returned to the English version of the sponsor in European matches. 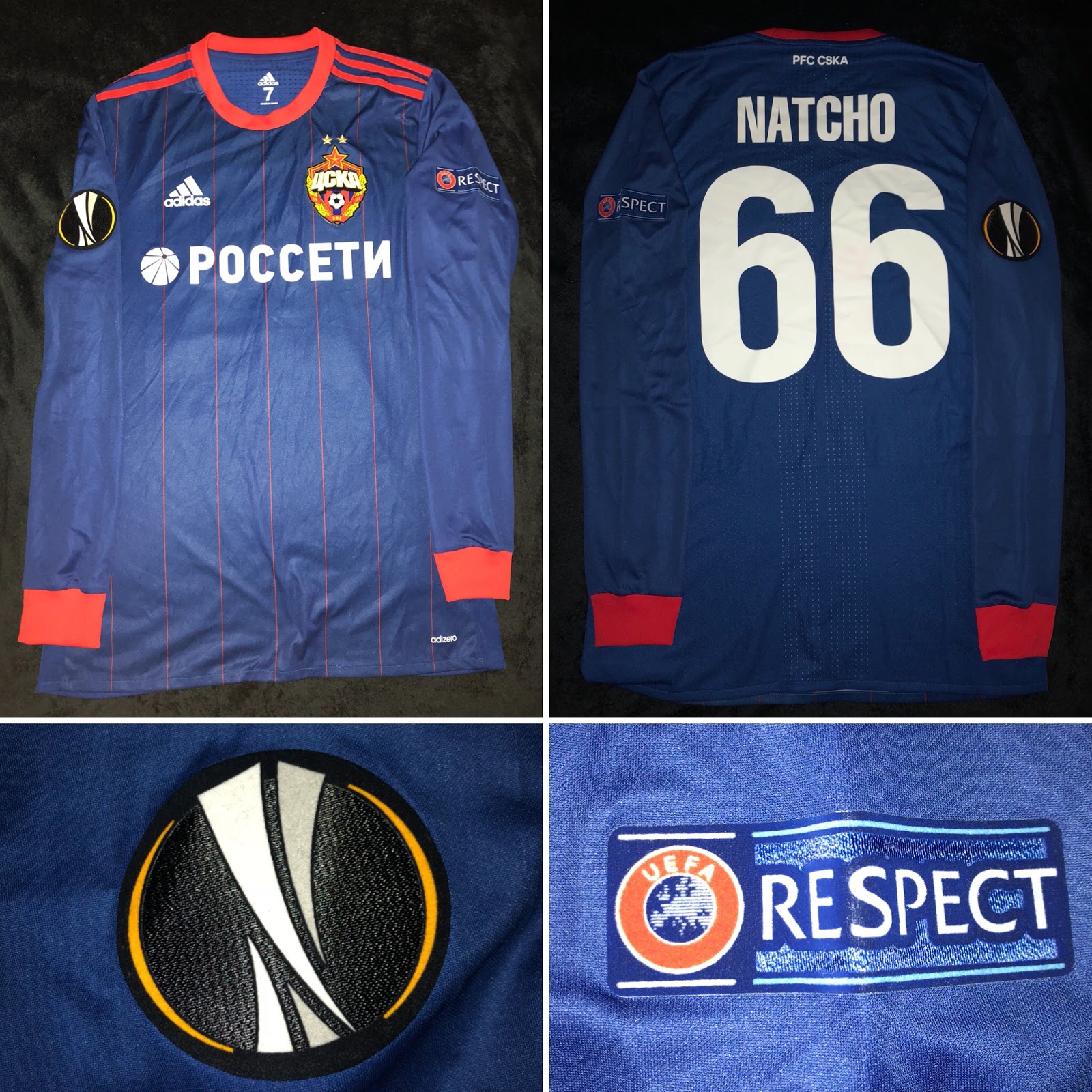