Match worn West Ham 2005/07 home shirt, worn by Israeli midfielder Yossi Benayoun #15 in a Premier League match in either the 2005/06 or 2006/07 season; West Ham used the same home kit for both seasons. Having joined newly-promoted West Ham in the summer of 2005 from Racing Santander for £2.5 million, this was Benayoun's first of the 5 clubs in England he eventually played for. He played for West Ham for two seasons before joining Liverpool in summer of 2007 for £5 million. He was a key player for West Ham, making 40 appearances and scoring 5 goals this season as West Ham finished 9th in the league, but remarkably made the FA Cup Final. Benayoun played the full 120 minutes of the Final in Cardiff as West Ham lost to Liverpool after a penalty shoot-out. Benayoun is considered by most as the greatest Israeli player of all time, most certainly with the best career abroad in Europe. 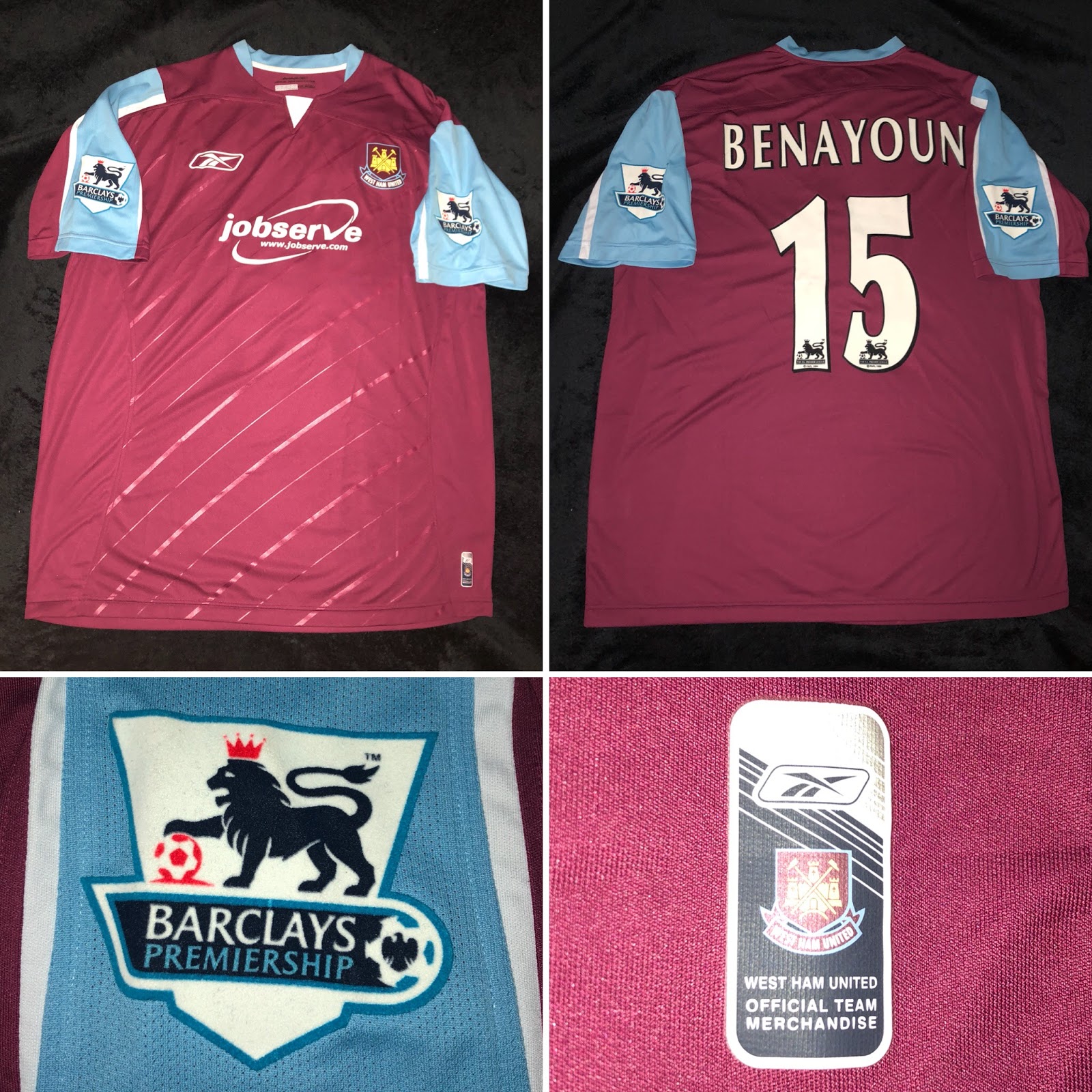