Match worn Israel 2016/18 home shirt, worn by center back Shir Tzedek #17 in the World Cup 2018 qualifier at home vs. Italy on September 5, 2016 at Sammy Ofer Stadium in Haifa, Israel. This was the first match in which this beautiful new adidas was played in. Tzedek played the full match as Israel lost 3-1 in the first match of the campaign. This was Tzedek's 6th appearance for the national team, and the first time he started in a competitive match. He would go on to be one of the first choice center backs in this campaign, starting in 8 of the 10 qualifiers (he didn't play in the last two matches as a result of a doping scandal involving him and his club Hapoel Be'er Sheva). In total, he has made 16 appearances for the national team to date. 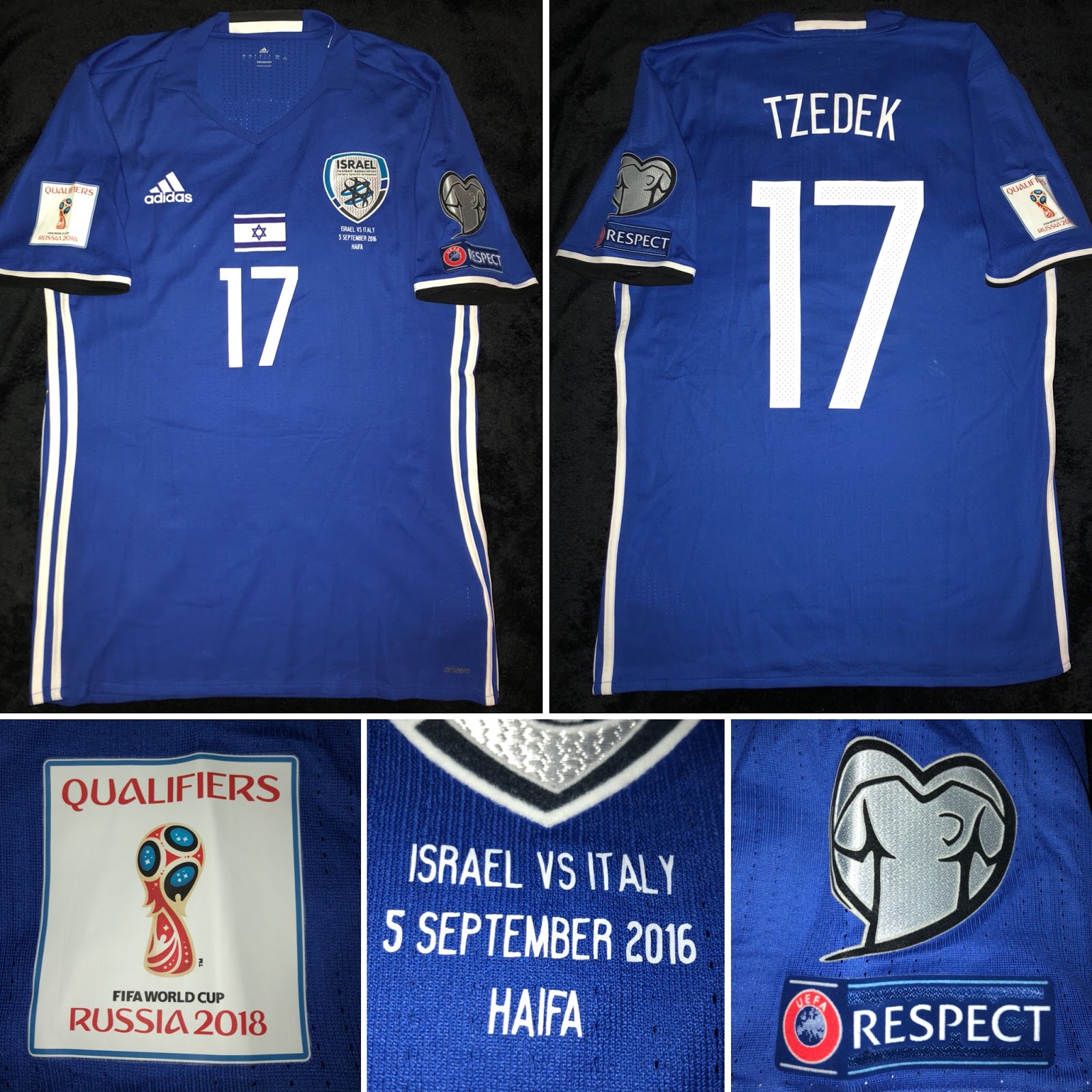