Match issued Manchester City #14 away shirt, prepared for and signed by Israeli midfielder Eyal Berkovic #14 in the 2002/03 Premier League season. Berkovic played two and a half seasons for City, having signed from Celtic in summer 2001. He was a key player in his first season (2001/02), scoring 6 goals in 25 matches to help the club achieve promotion to the Premier League. He had a good campaign in 2002/03 as well, making 29 appearances and scoring 2 goals in all competitions. Interestingly, despite City finishing the season in 9th place, they qualified for next season's UEFA Cup as Fair Play winners. Due to a falling out with manager Kevin Keegan, he only made 4 appearances for the club (starting only once) in the first half of 2003/04, and transferred to Portsmouth in January 2004.

This shirt is very rare as the away kit was only used in a handful of matches during the season, with City preferring to use their home kit most of the time. I also have an even rarer match worn/issued Berkovic third shirt from this season, used in only two matches. The shirt marks a homage to the club's historic Maine Road ground on their crest (1923-2003), as this was the last season they played there before moving to their new City of Manchester Stadium in 2003. 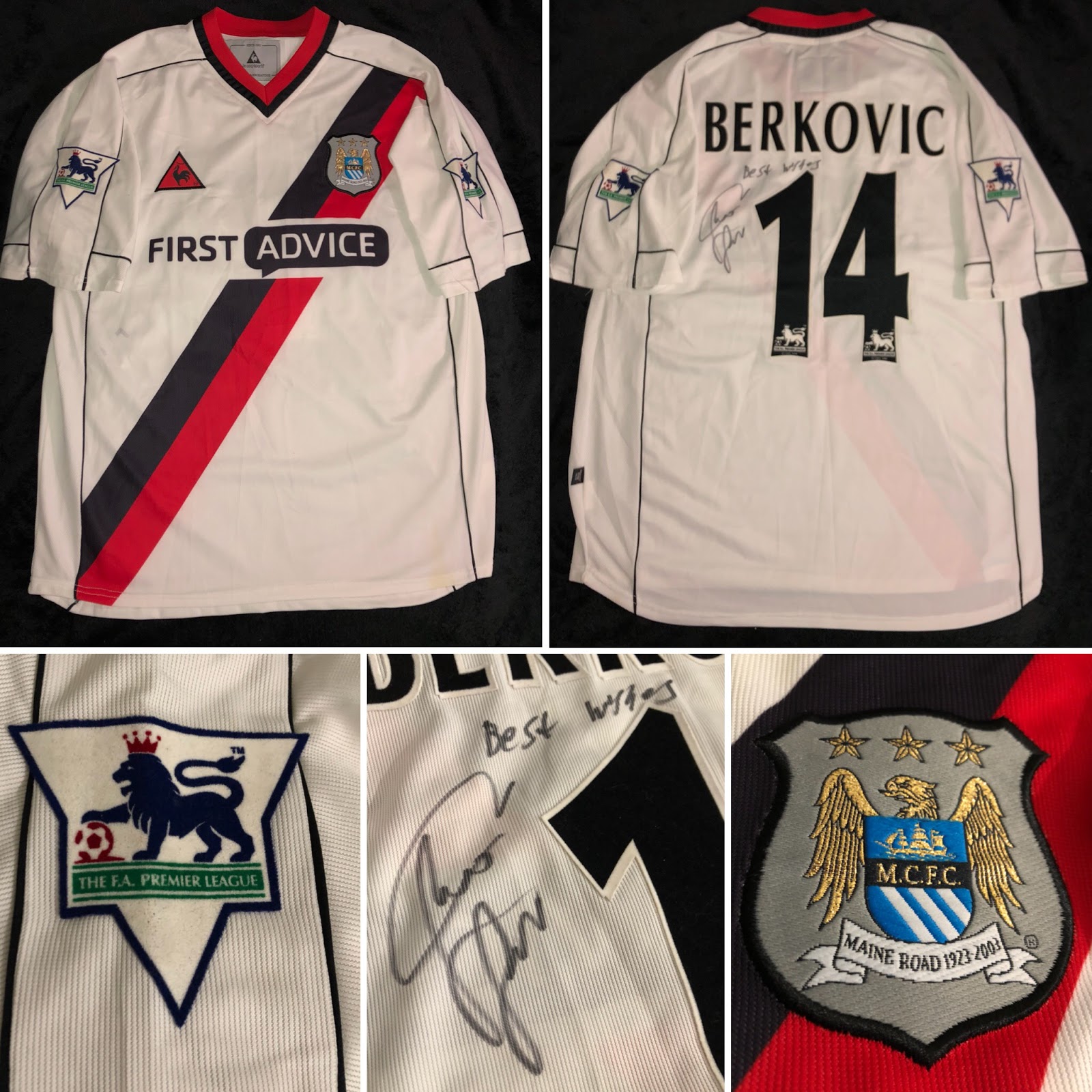