Match worn long sleeve Maccabi Haifa 2006/07 home shirt, worn by Chilean defender Rafael Olarra #19 in the UEFA Cup group stage match vs. Livorno away on November 29, 2006. Olarra played the full match as Maccabi salvaged a 1-1 draw with a dramatic 93rd minute equalizer, sending them to the knockout rounds. The shirt was swapped with a Livorno player at the end of the match and comes from their personal collection.

This season marked one of Maccabi's most impressive European campaigns, starting from the Champions League qualification (losing to eventual finalists Liverpool), making it out of their UEFA Cup group and eliminating CSKA Moscow in the Round of 32, before being eliminated by Espanyol in the Round of 16. Center back Olarra played every minute of the 6 group stage matches, as well as both Champions League qualifier matches against Liverpool before that; however, he would not play at all in the 4 following knockout round matches (against CSKA Moscow and Espanyol). Olarra spent two seasons at Maccabi Haifa, from 2005 to 2007, before returning to his native Chile. 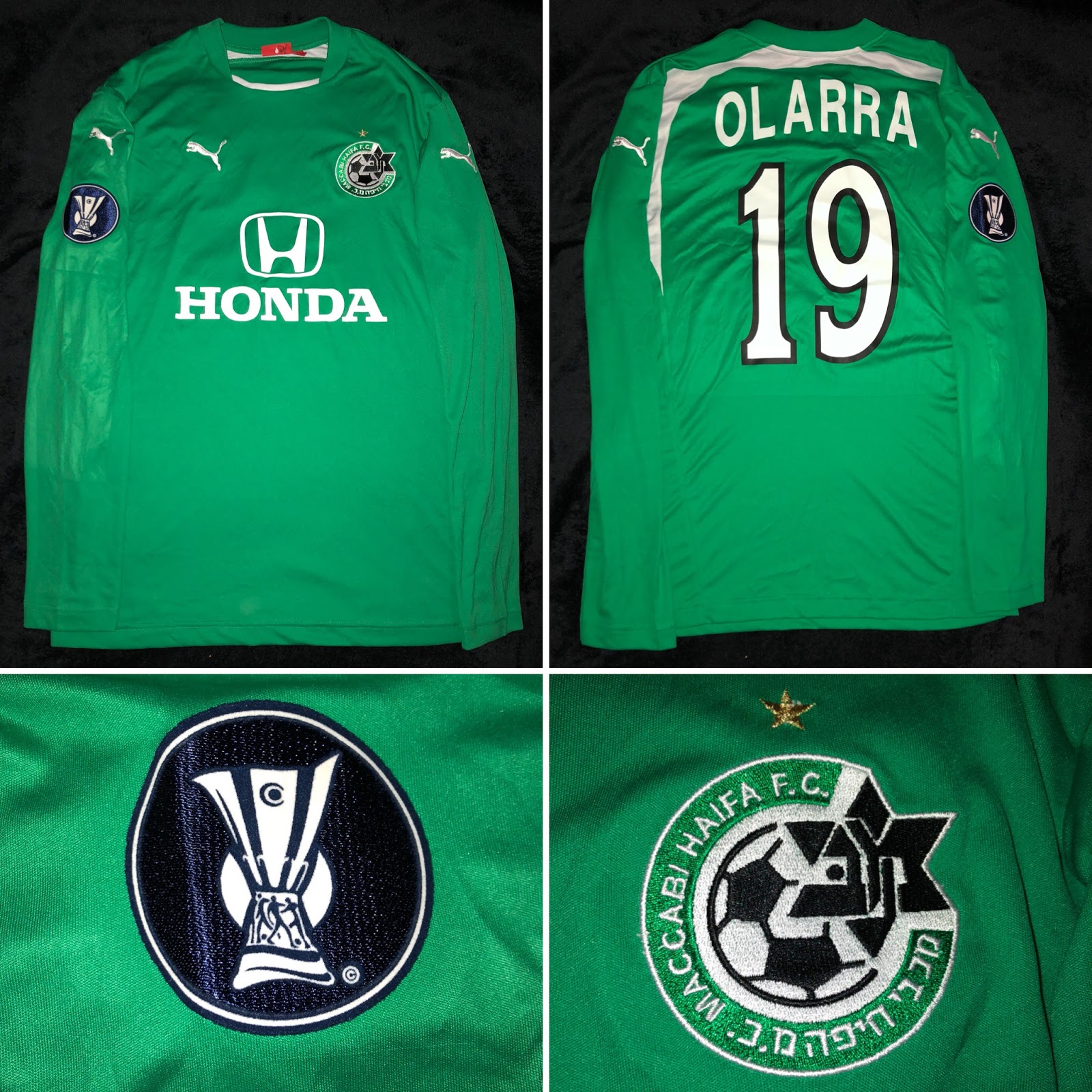