Long sleeve home shirt from the 2000-2002 period, during which the 2002 World Cup qualification campaign took place, worn by or issued to midfielder Idan Tal #8. The shirt was originally sourced from a member of the Everton backroom staff. Tal joined Everton in October 2000 and as such, I believe this shirt is from a match that took place in 2000. Furthermore, in those times the players that started the match wore shirts number 1-11, with substitutes wearing numbers 12 and up, meaning this shirt is from a match in which Tal was in the starting line-up.

Of course there were no patches in those days so it is not possible to tell if it was worn in a friendly or competitive match. While I concentrate on shirts from recent years as they have patches, names, and most recently even match details, I do appreciate some of the older shirts as well, such as this. 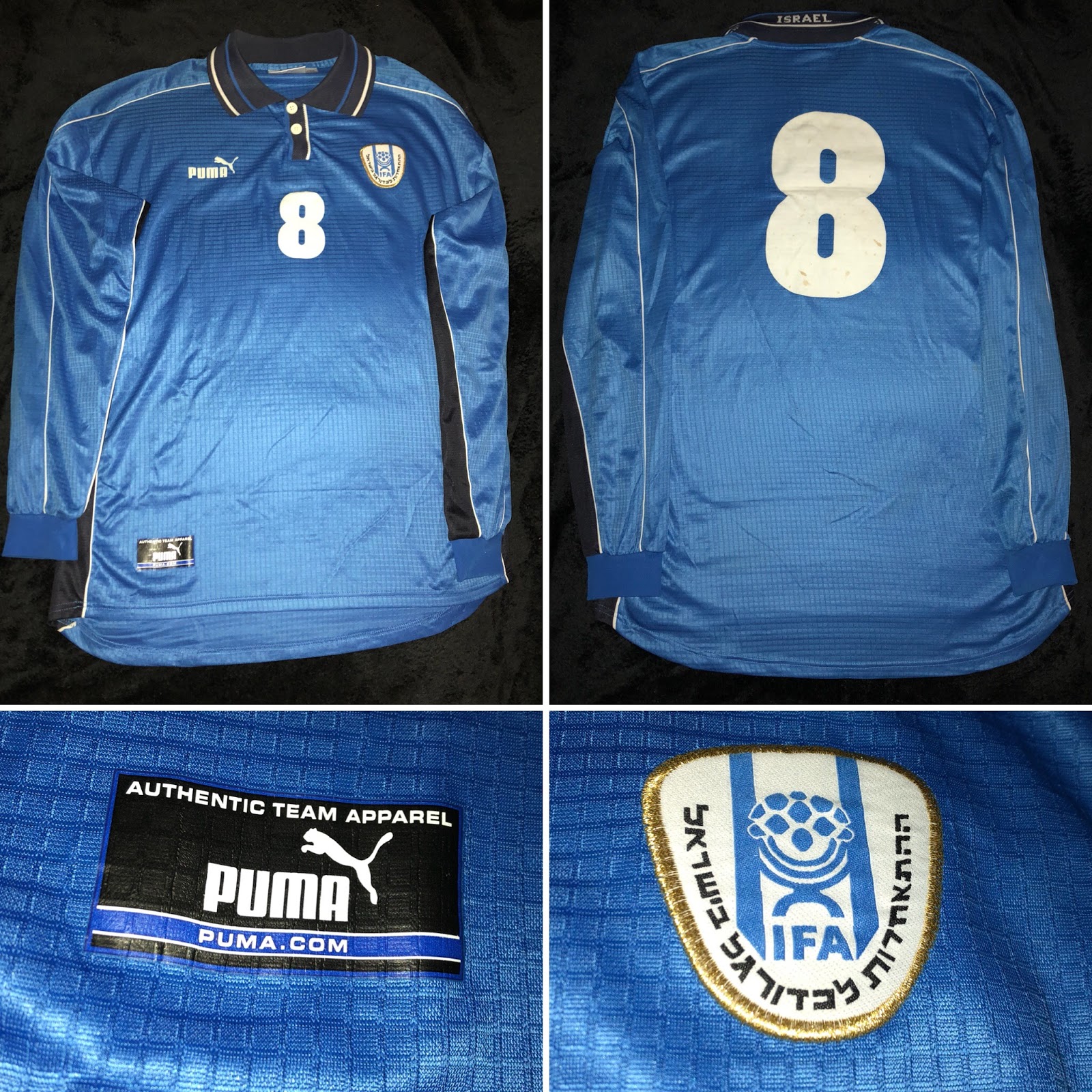