This beautiful white Israel 2018/19 away shirt was match worn by Israeli midfielder Almog Cohen #8 in the decisive UEFA Nations League away match vs. Scotland at Hampden Park in Glasgow on 20 November 2018. Given to me personally and signed after the match by Almog, who came on as a substitute in the 67th minute, the shirt even has a blood stain. Unfortunately, Israel lost the match 2-3 and did not reach the playoffs of the inaugural 2018/19 UEFA Nations League.

This shirt is special for several reasons, apart from the nice design and being personally given and signed by the player: it is a shirt from the first ever Nations League campaign, as well as the first Puma shirt design after Israel once again signed a kit sponsorship deal with Puma in mid-2018 - they were previously with Adidas from 2008 to 2018, having previously had Puma as the kit provider from 1996 to 2008. Furthermore, this was the first competitive match in which the Israeli team wore the new Puma away kit, and the only Nations League match of the four in which the white away kit was used. 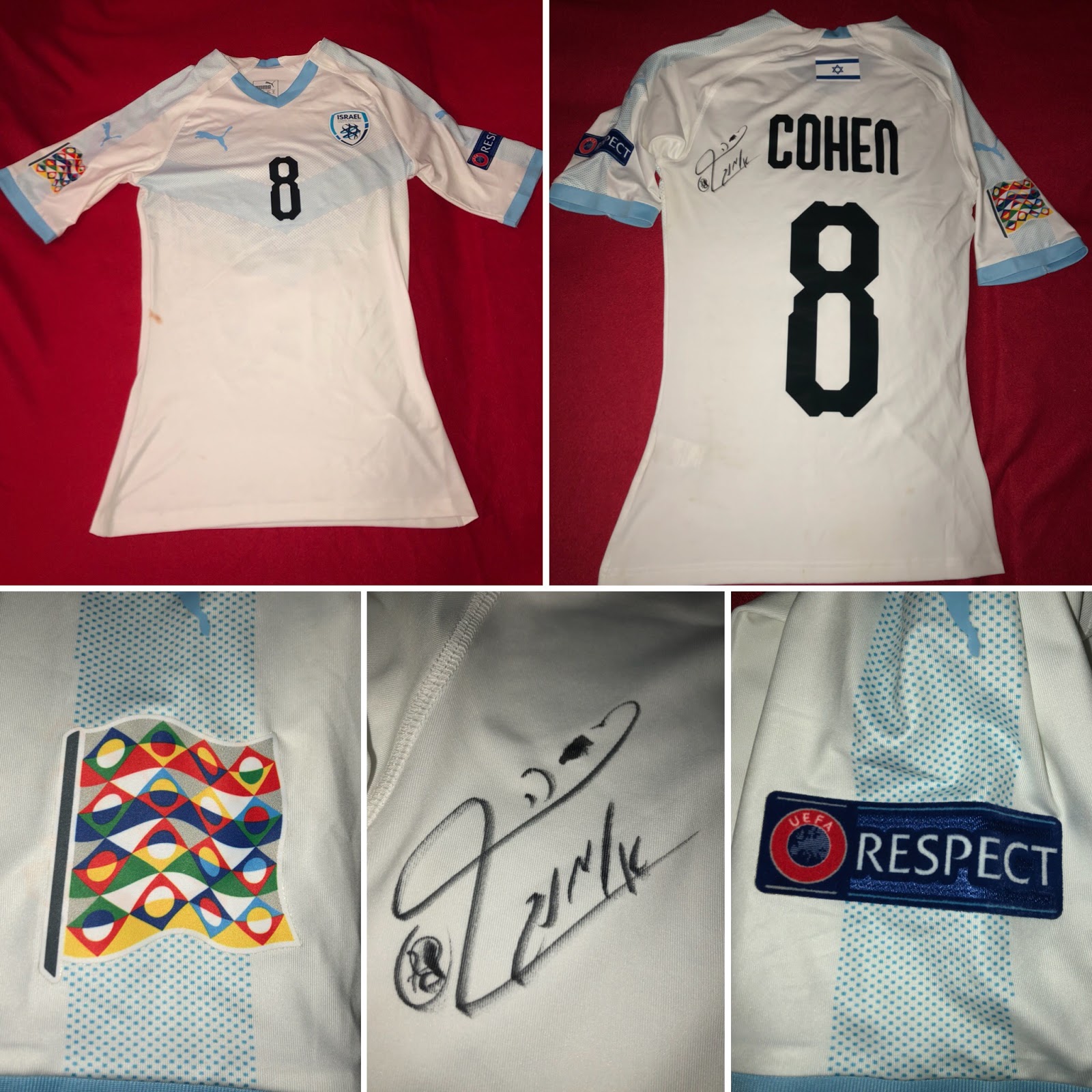