Match worn and signed FC Ingolstadt 04 home shirt from the 2016/17 season, worn by Israeli midfielder Almog Cohen #36 in a Bundesliga match. This was a very important season for Almog as it was the best season of his career, being a key player in the team and scoring 7 goals in 31 league matches, quite an amazing return for a defensive midfielder. He was arguably Ingolstadt's best player in this season, though all his efforts were not enough to save them from relegation at the end of the season.

This away shirt was used also in the following season (2017/18), but Almog switched to #8 that season, and I have one of those as well. 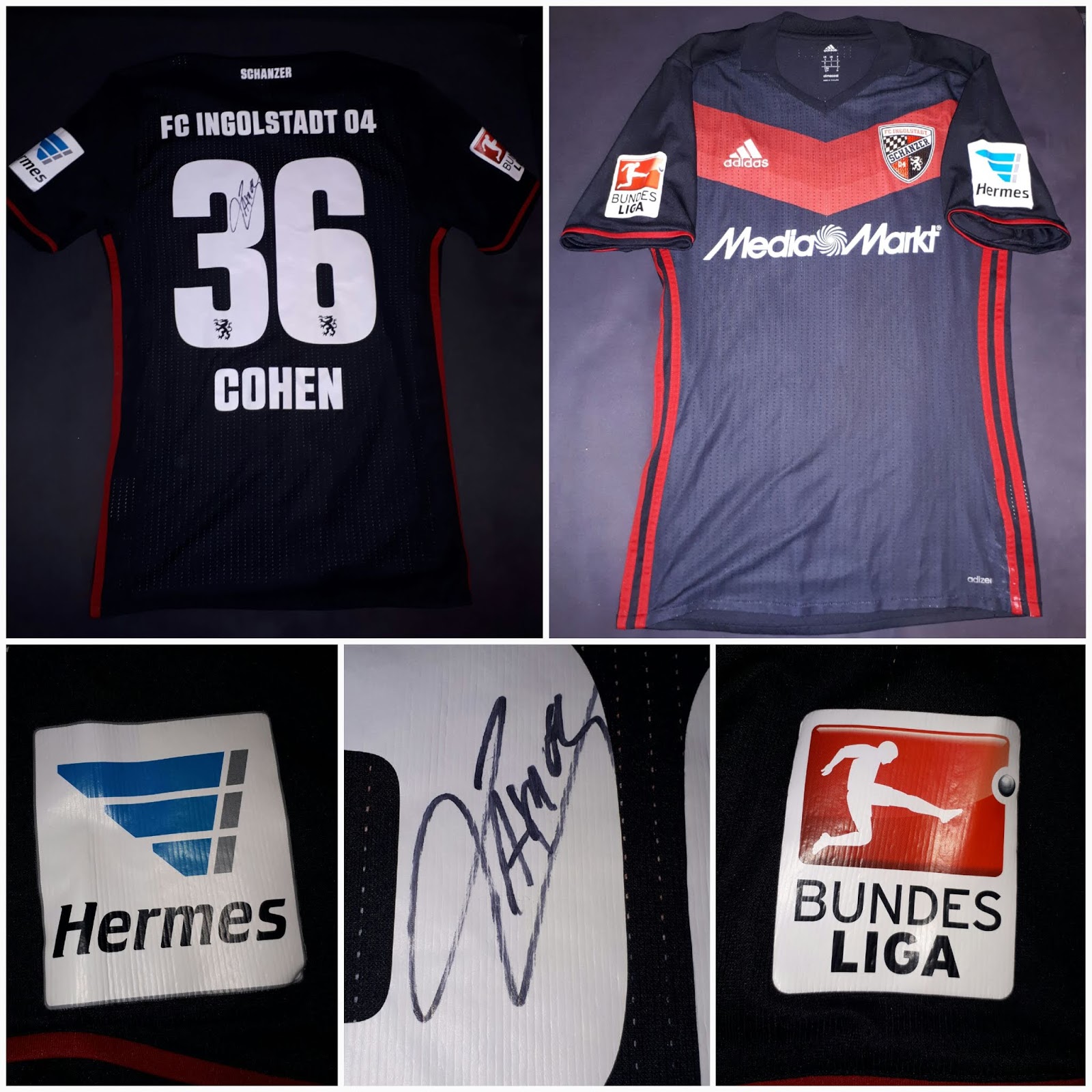