March 18, 2018
Israel 2008/10 home shirt, match issued to and signed by defensive midfielder Gal Alberman #4, for Israel's first World Cup 2010 qualifying match, at home vs. Switzerland on September 6, 2008 in Ramat Gan (2-2). While Alberman was called up and the shirt was issued to him for the match, he ended up picking up a knock and was not included in the matchday squad. This is was the first time that Israel wore an adidas kit in a competitive match. 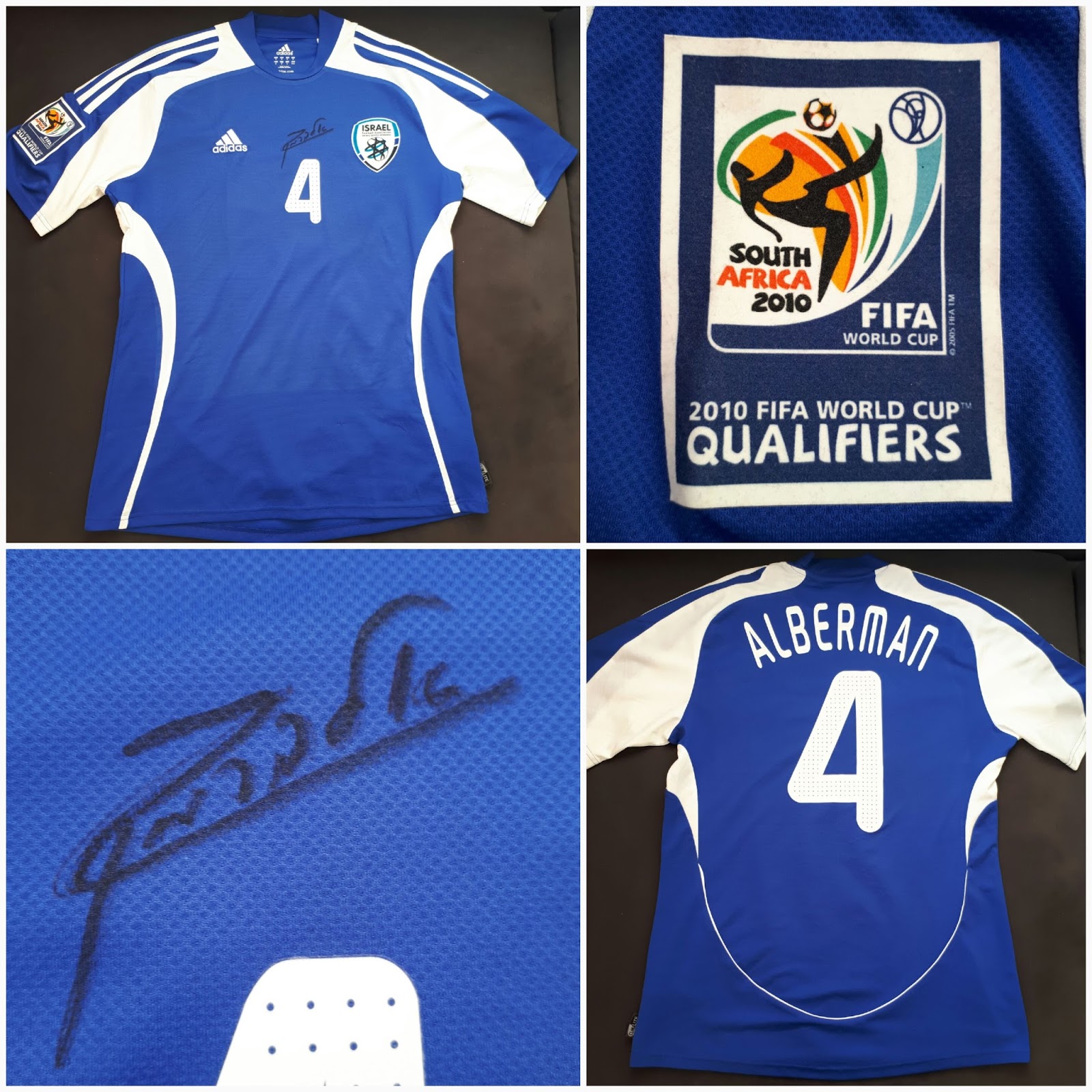