Match worn long sleeve CSKA Moscow 2017/18 away shirt, worn by Israeli midfielder Bibras Natcho #66 in the 2-1 away win vs. FC Basel on October 31, 2017 in Basel. Unwashed and dirty, even still has a patch of grass on the back of the shirt. Bibras played 90 minutes and assisted the equalizing goal (1-1) to Dzagoev, and was substituted in added time. Bibras personally gave me the shirt after the match and even signed it (though barely visible in the photo). This is the shirt he wore in the first half, as he changed to a fresh shirt at half time.

Probably the most colorful shirt in my collection - bright orange with contrasting dark blue. What's unusual is that up until this season (2017/18), CSKA has always played with the English version of their sponsor - ROSSETI - in European matches, instead of the Russian version, РОССЕТИ. But this season they decided to use the Russian version for some reason. 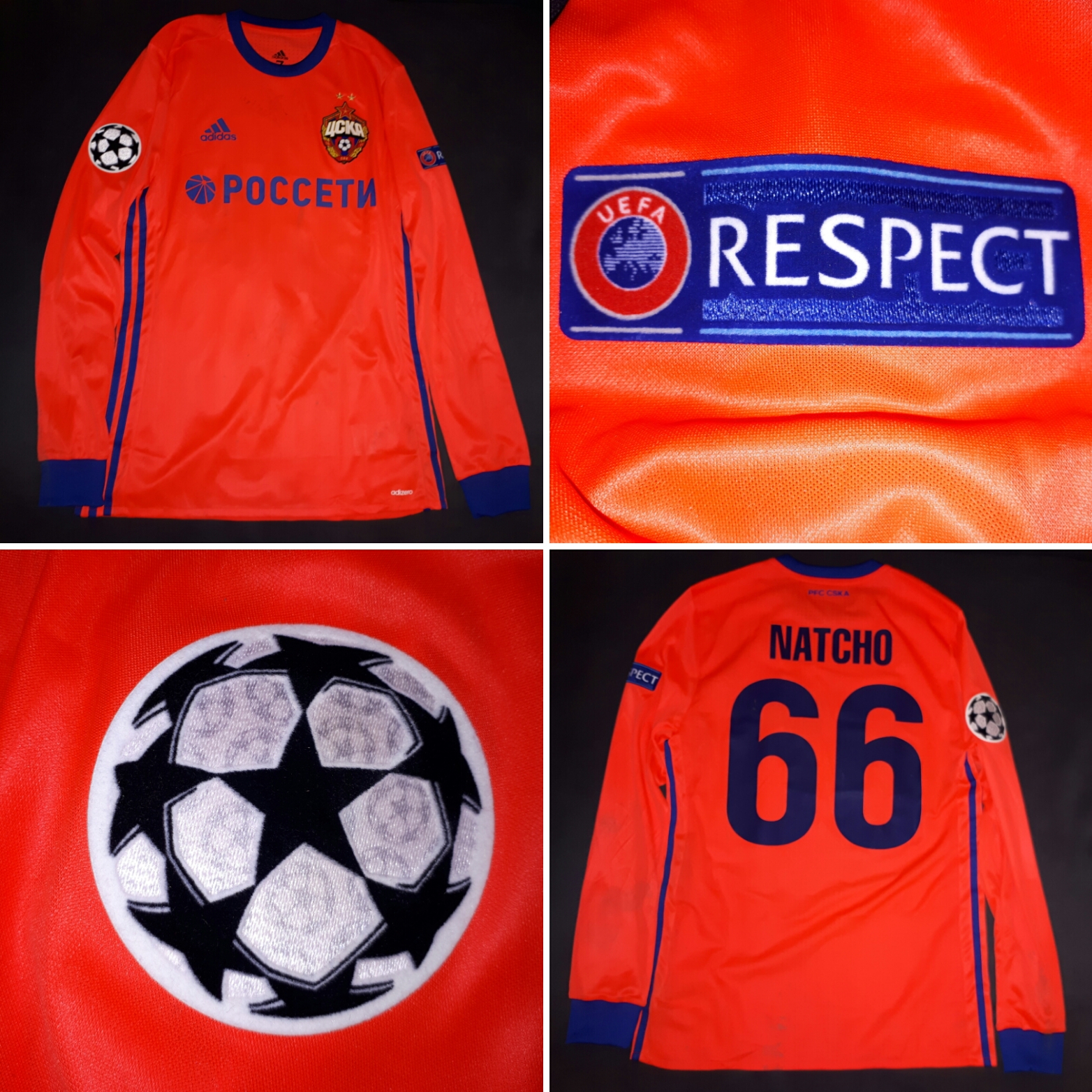