Rubin Kazan home shirt from the 2011/12 season, issued to/worn by Israeli midfielder Bibras Natcho #66 for a league match. This was Bibras' second season in Kazan, during which he displayed arguably his best form and was a key member of the squad. Bibras' 4 years in Kazan were the most successful of his career as he was a key member of the team and shared many successful European campaigns. He was referred to as one of the best foreign players in the league and was in the list of 33 best players in the Russian League in the 2011/12 season. This was also the first season that the Russian league system was played in Fall/Spring format (from 2011 to 2012), in line with the rest of the European leagues, compared to the previous Jan-Dec one-year format.

Notice how the player's name is written in Cyrillic (Russian), but the team name in Latin (English). 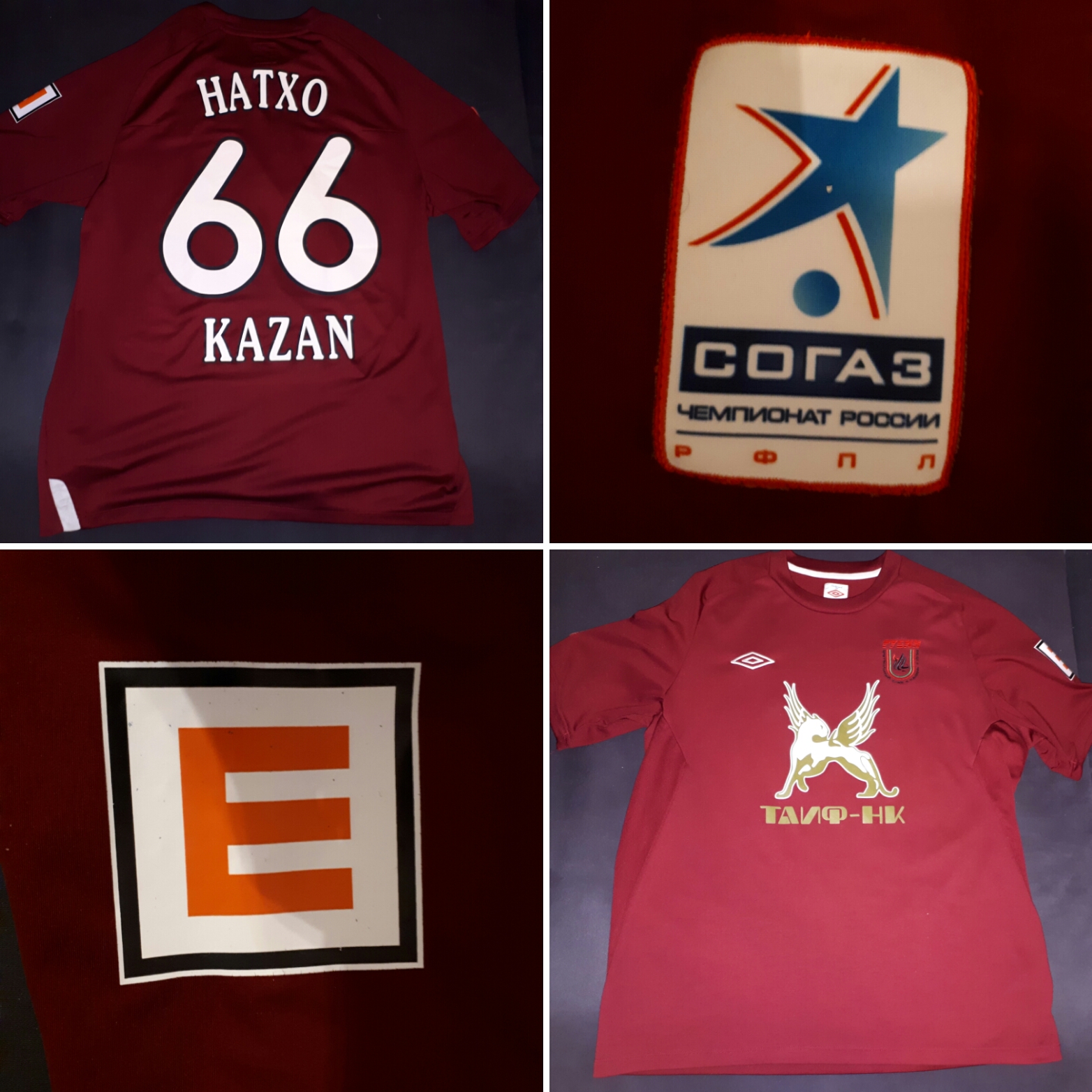