Maccabi Haifa 2009/10 home shirt, match worn by or issued to Israeli right back Eyal Meshumar #27 in a Champions League match in the 2009/10 season. This was the second and last time that my beloved Maccabi played in the Champions League group stage, having been the first Israeli team to ever do so when they qualified in the 2002/03 season. Interestingly, this green home shirt was worn in all 6 group stage matches, with the away kit having never been used. Although I can't be sure, I suspect that this shirt is from one of the matches against Bayern Munich, as I bought it locally from a German collector.

Meshumar was the first-choice right back throughout the campaign, starting in all 12 Champions League matches this season (6 qualifiers and 6 group stage matches), and playing the full 90 minutes in most of them. Meshumar joined Maccabi Haifa from Hapoel Kfar Saba in summer 2006 and played for the club for 10.5 seasons before leaving in February 2017. He made 337 appearance for Maccabi in all competitions and scored 19 goals, winning the Israeli League twice, qualifying to the Champions League and twice to the Europa League in this time. 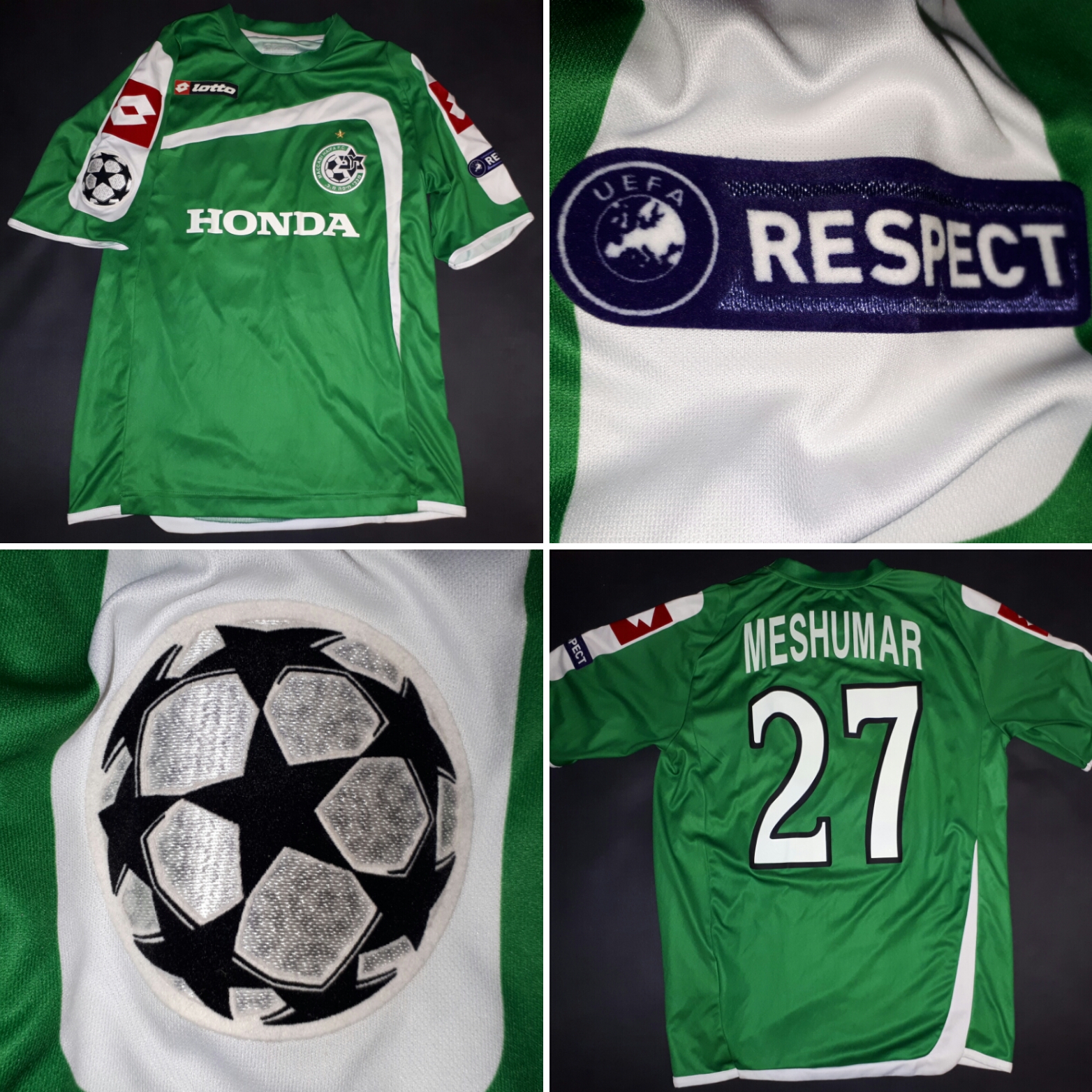