September 19, 2017
Match worn Maccabi Haifa 2006/2007 home shirt, worn by Haim Megrelashvili #18 in the UEFA Cup group stage match vs. Rangers away on November 2, 2006. This season marked one of Maccabi's most impressive European campaigns, starting from the Champions League qualification (losing to eventual finalists Liverpool), making it out of their UEFA Cup group and eliminating CSKA Moscow in the Round of 32, before being eliminated by Espanyol in the Round of 16.

The player's surname is actually misspelled here. Haim's last name, of Georgian-Jewish origin, is a bit too hard to spell/pronounce for most, and his European shirts had the 'la' omitted, making it easier. Whether this was done on purpose or by accident (and then just stuck with it), I'm not sure. What may have happened is that the player was registered with UEFA with this misspelled surname, so it had to be printed this way as well. 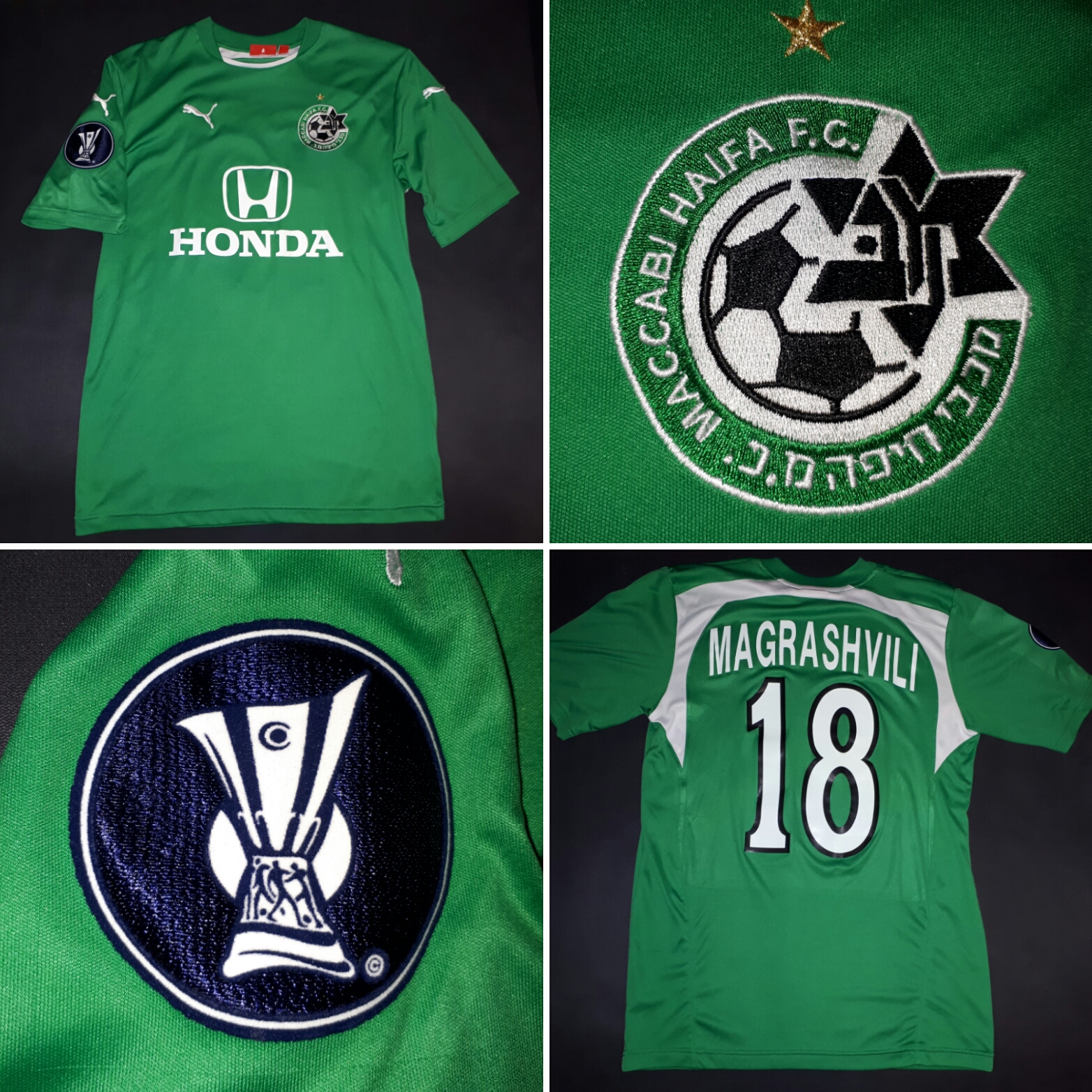