This was Revivo's second season with Fenerbahce, joining them after 4 magical seasons with Celta Vigo in Spain. Revivo's first season in Turkey (2000/01) was highly successful, perhaps the best of his career, as he was the teams best player and led them to the Turkish league title for the first time in 5 years, scoring a total of 16 goals in 38 matches in all competitions (14 in the league, 2 in the Turkish cup) and providing many assists. They nearly completed the double, but lost in the Turkish Cup final on penalties to Gençlerbirliği. He was voted the best foreign player of the league in his first season in Turkey.

This 2001/02 season was also successful for Revivo personally, scoring 15 goals in 31 matches in all competitions (13 of them in the league), and helping Fenerbahce qualify to the Champions League. However, Fenerbahce narrowly missed out on the league title to bitter rivals Galatasaray.

After 2.5 highly successful seasons, during which he scored 34 goals in 82 matches in all competitions, his time at Fenerbahce came to a rather sad end, as after some big name players were brought in and unpaid salary in the 2002/03 season, he left in the January transfer window (January 2003) and joined bitter rivals Galatasaray, something the Fenerbahce faithful have never forgiven him for, despite all that he has achieved with them.

What's notable about this shirt is that it was self-made by Fenerbahce, and does not feature any manufacturer brand logo, instead featuring "1907" (the year of the clubs founding). Between the years 2000 and 2004, Fenerbahce did not have a kitmaker and simply produced all of its kits on their own, through their "Fenerium" brand. Also interesting is that this design was also used in the second half of the previous season (00/01), but with a different sponsor (TelSIM).

I also have a long sleeve, league version of this kit in the collection. 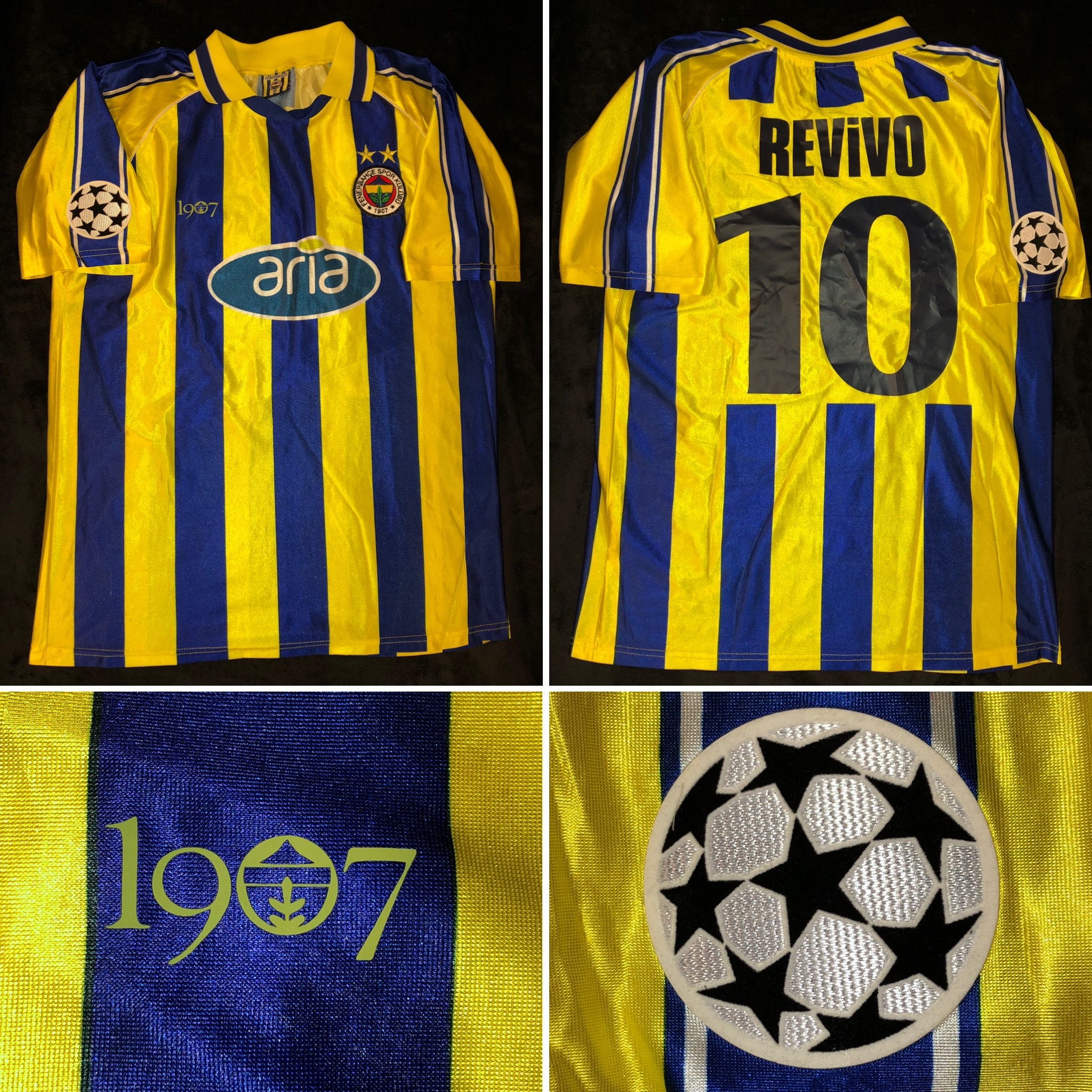