September 12, 2021
Match worn/issued Maccabi Tel Aviv 1999/00 goalkeeper shirt, issued to legendary Russian-Israeli goalkeeper Alexander "Shura" Uvarov #1 during his last season at Maccabi Tel Aviv and in professional football, as he retired at the end of this season, aged 40.

Uvarov is considered a Maccabi Tel Aviv legend, and one of the best goalkeepers in Israeli football history. Uvarov arrived in Israel in 1991 at the age of 31 from his boyhood club Dinamo Moscow, having just played for the Soviet Union in the 1990 FIFA World Cup. He went on to make 366 appearances for Maccabi Tel Aviv in all competition, 258 of them in the Israeli league, over the following 9 seasons, until the end of the 1999/00 season.

This kit is unique in that it features the player's number also on the front of the shirt, something very rarely seen in club football. 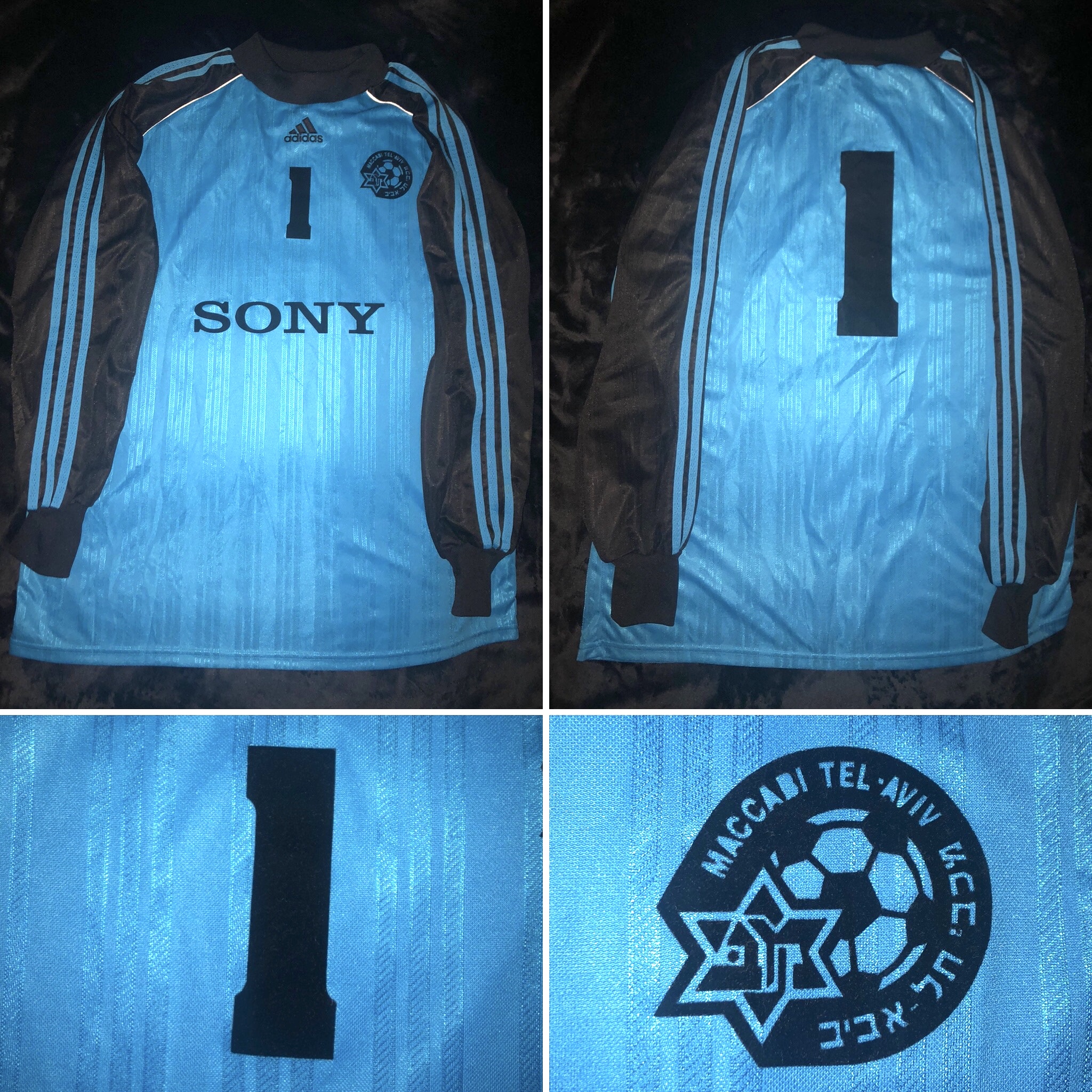